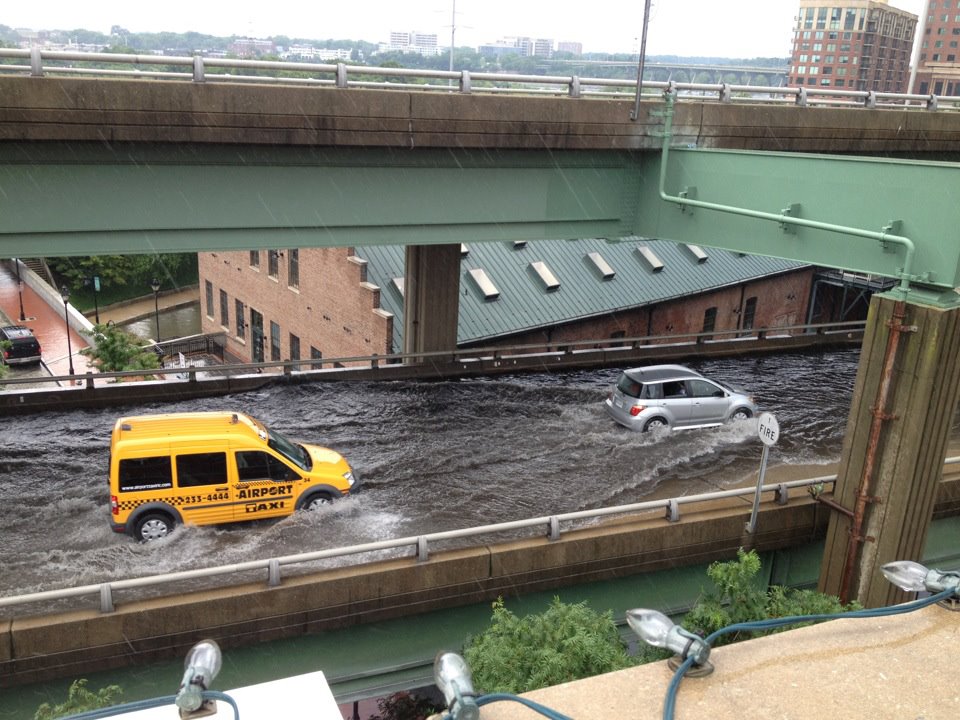 VDOT said I-95 exit 74A, to the north and southbound ramps, were closed for around an hour because of flooding.

WTVR received a photo of the flooding from a user on Twitter taken from a building downtown.

Flooding on the Downtown Expressway as seen from the fifth floor of the Turning Basin Building! @CBS6 @nbc12 http://t.co/JB41KwDu

Watch CBS 6 News for complete coverage of local traffic. Click here to sign up for Beat The Traffic email alerts from Amanda Meadows and Raymond Hawkes.