CULPEPER, Va. (WTVR)—Conflicting reports have poured in ever since CBS 6 reported a Culpeper County Sheriff’s Office press release that detailed a big drug bust from an outdoor rave.

And it ended as one of the biggest drug bust Culpeper has ever seen, said Lt. Jason Romero.

The press release said that deputies arrested six people--and said more arrests are coming--during a “massive rave in Mitchells, Virginia.” The release also said that the “event drew thousands of young adults from through out the east coast.”

After reading the original article, people who attended wrote in saying that there was no way the event drew that kind of crowd. The property owner, Allison Watts, reached out to CBS 6, and said she estimated 300-500 people showed up throughout the weekend. [View photos shot over the weekend, by both Watts and photographer Jon Headlee]

Photos show that people danced, hung out, spun fire, sat around bonfires, took tractor rides, painted and played. There was a lot of hula hooping and people rocking zany outfits. It was a rave—in the country. Photos show calm horses on the property, mingling among party goers.

Organizers said that the event hoped to raise awareness for autism and collect donations for a food bank, though it isn’t clear if any money or food was ever donated towards a non-profit.

The tickets were $40 for the weekend. 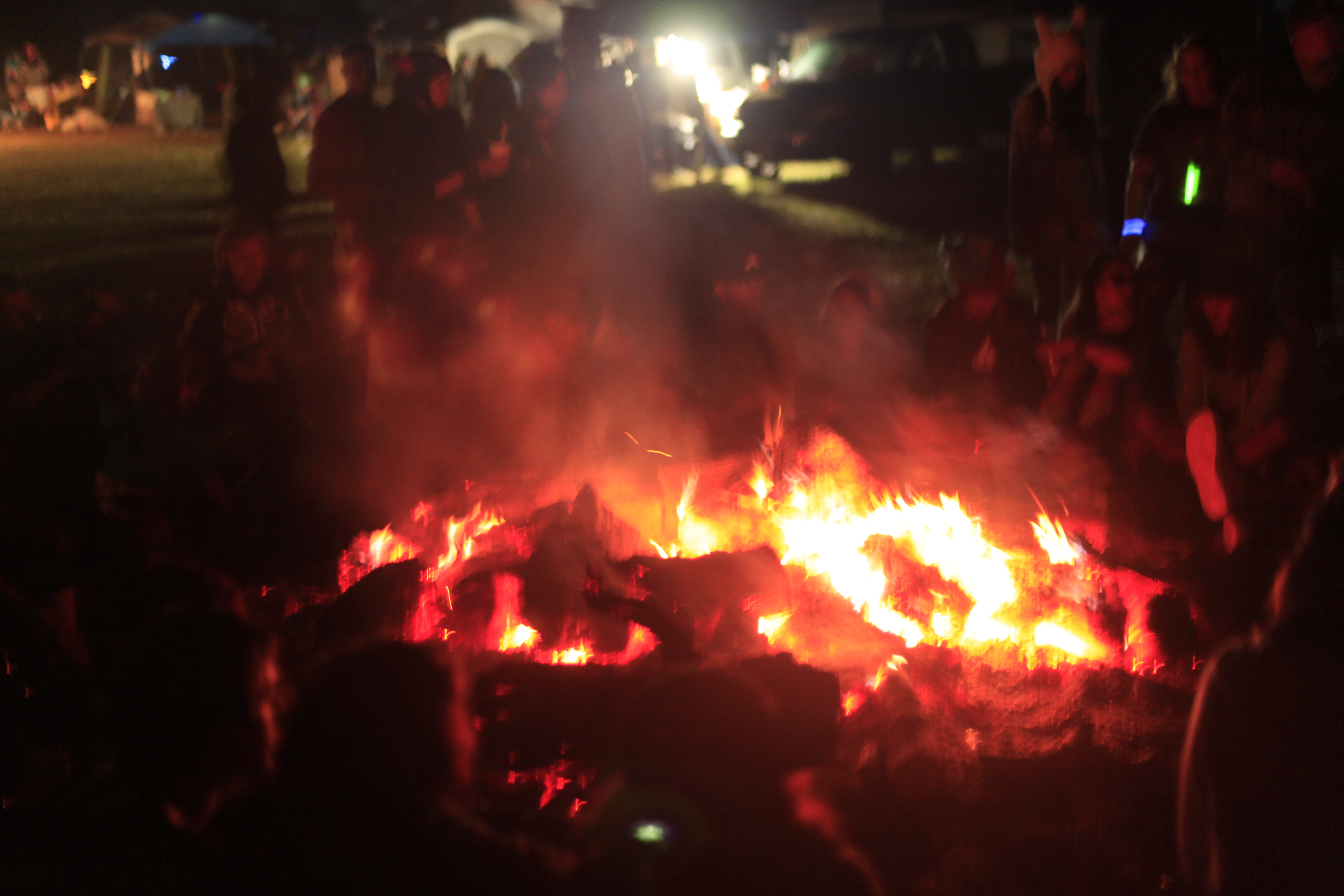 Jon Headlee acknowledged that there were drugs at the event; DMT, cocaine, heroin, ketamine, LSD, ecstasy, and marijuana were passed around and sold, he said. Headlee added that the emphasis wasn’t on drugs, rather the group was just creating a space that reflected hope and intention for a more sustainable community.

But deputies definitely got enough drugs and money to put on the table and snap a pretty juicy picture of a drug bust—one of the biggest ever for Culpeper, said Lt. Romero.

Deputies said that they visited the venue, owned by Watts, once before coming back with a warrant early Sunday morning. Lt. Romero said they got a search warrant because of noise complaints from the rave. The search warrant shows that an undercover officer received information of a party involving underage drinking and drug use taking place, so he went to the party.

The search warrant details that on Sunday, June 17 (no time is listed) an undercover officer went into the party and was offered Ketamine and LSD for sale. The warrant shows that he was asked if he was a cop, had his car searched and was then let inside the rave.

The vibe darkened quickly at sunrise once 20 state and local law enforcement officers raided. Ravers were pulled from their tents and corralled into a group, said photographer Headlee.

Lt. Jason Romero said the pills were not in prescription drug bottles, and they also recovered what appeared to be gelatin capsules filled with some narcotic. The search warrant obtained by CBS 6 shows several items confiscated, including digital scales, computers, at least two pounds of marijuana, a needle, nitrous oxide and baggies.

“They’re glass pipes that were never used once for an illegal substance, they are sold in gas stations as tobacco pipes,” Sauerwald said.

We're not sure of the authenticity of those donations or charitable functions [purported by the rave party organizers]. We just saw the end result turned out to be a significant drug raid," said Lt. Jason Romero.

Watts said that police “crossed the line to abuse,” and said that “people were woken up before dawn with assault rifles in their face, dragged from tents by their ankle, and hit in the head.”

She said that her “son was forced to the ground in horse manure and handcuffed when he went up to talk to police.

Romero denies the excessive force that ravers claim was used, and said no guns were drawn.

“All of our uniformed personnel are equipped with rifles, which is pretty standard for law enforcement these days, and yes some officers did have rifles with them, but to my knowledge they were never pointed at anybody,” said Romero.

The rave was hosted on the 24000 block of Somerville Rd., a rural area near Commonwealth Park in the southern end of Culpeper County.

Traveling by road the rave was hosted about four miles away from Coffeewood Correctional Center. As the crow flies, the two spaces were less than two miles apart.