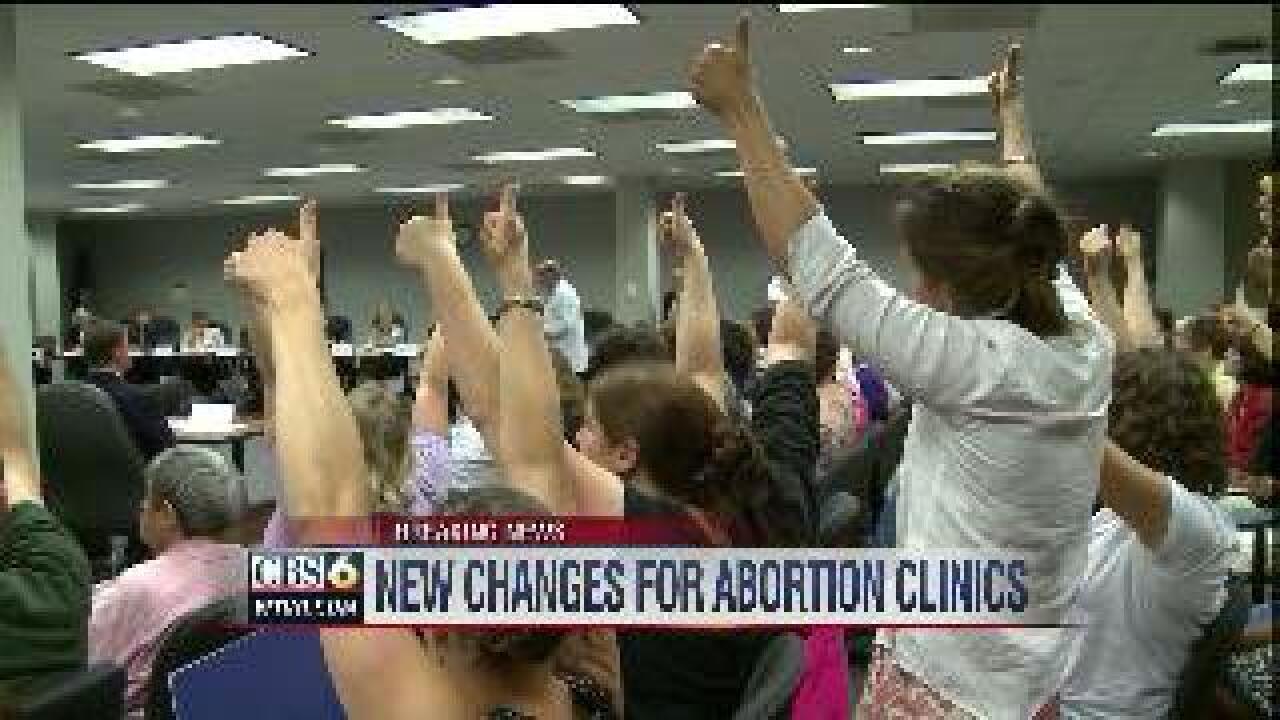 HENRICO COUNTY, Va. (WTVR) – The Virginia Board of Health nixed a controversial provision Friday in some new regulations for abortion clinics in Virginia after nearly nine hours of debate.

CBS 6 News' Shelby Brown said the board first voted 7-4 to remove a requirement that forced clinics to be held to the same standards as hospitals. In turn, only new clinics would be held to those standards.

Then, after some more debate, the board voted on the measure again. This time, the vote was 6-5 after one member decided to change their vote.

Emergency regulations to require clinics be held to the hospital standards had been in place since January.

"The grandfather amendment was the best thing that could happen to very bad regulations," said of the regulation's critics. "We still have some of the most stringent and specific regulations in the nation."

Supporters of the regulations insisted they were necessary to ensure the safety of women seeking abortions.

But opponents said the rules were an effort by state leaders to limit access to clinics by increasing the costs of operation, which could ultimately force many clinics out of business. [RELATED: Protest held over abortion clinic regulations]

Just as the sun was coming up Friday morning, nearly 300 protesters were coming out.  They stood in solidarity against the permanent regulations facing state health clinics performing abortions.

"The politics of the situation is dictating medical practice and that's a slippery slope," said Dr. Isaac Koziol, one of the protesters.

Inside the meeting there was limited space and limited time for each speaker.  But there were unlimited opinions on what the protesters say is an effort by state officials to control abortion providers in the Commonwealth.

"This has become a terrible political circus and it shouldn't be," said protester Dr. Kenneth Olshansky.

Applause was not allowed inside the meeting, however the protesters found a way to use hand gestures in support of several speakers.

"I simply wanted to speak on the Board's level and talk to you about politics" said protester Shelly Abrams.  "As far as politics go, you guys are doing a great job.  As far as safety goes, I'm sure your political appointments are safe."

One by one opponents of the regulations addressed the board.

"We all know what's going on," said Dr. Koziol.  "It's political forces that are dictating medical care."

The demonstrators say their passionate pleas must be expressed in order to be a voice regarding a personal matter.

Victoria Cobb, President of the Family Foundation issued a statement on behalf of the pro-life side.  The statement reads:

"We continue to support these reasonable safety regulations for abortion centers which have for too long operated in a veil of secrecy, outside the appropriate level of oversight considering the invasive nature of abortion.  The vocal abortion industry defenders are not pursuing the best interest of the majority of women."

There is a 60-day public comment period also set to take place.

The regulations will eventually head back to the Board of Health for final review, before moving on to the governor for approval.