From Afghanistan to Zimbabwe: Cooking through the United Nations

(CNN) – Jesse Friedman and Laura Hadden are cooking their way around the world.

The Brooklyn couple has set out on a multi-year project to throw a dinner party featuring the cuisine of each of the 193 United Nations member countries – in alphabetical order, no less. They document the experience, complete with pictures and recipes, on their blog, United Noshes.

For each dinner, Friedman and Hadden research the country a week or two in advance to figure out what the most representative dishes might be.

“Ideally, I talk to someone who knows about the food,” Friedman says. They look for authentic recipes that might be served at a wedding or other big gathering. And when a country has many regional cuisines, like China, they try to at least hit the high points of each region. 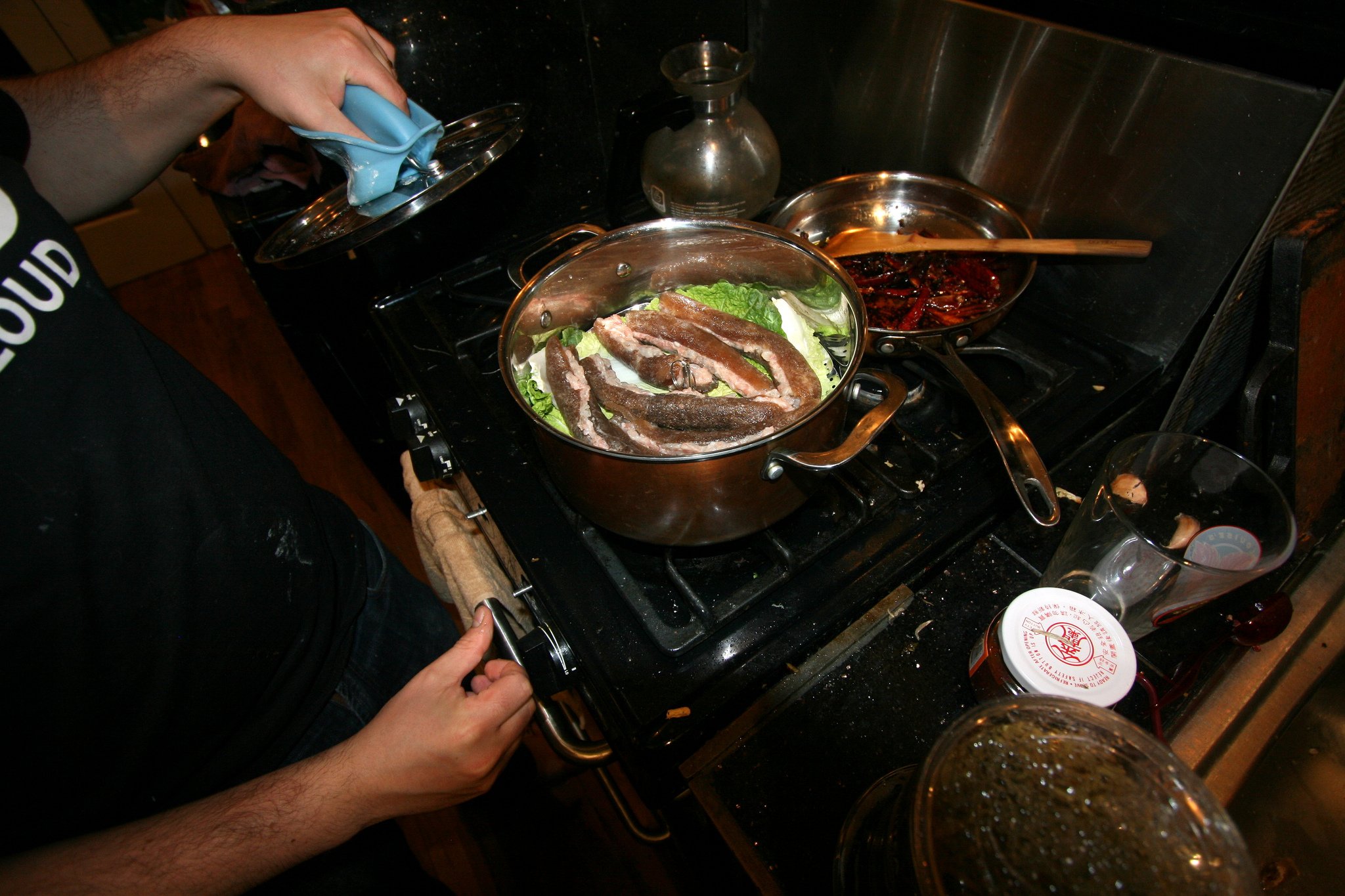 Their location in New York City makes tracking down obscure ingredients a little easier, but on the occasions that they take their dinner parties on the road, some things aren’t as easy to find.

“There is no yak butter in Tacoma,” Friedman says. For the Bhutan dinner there, they used a mix of blue cheese and cream cheese as a substitute.

Hadden and Friedman say they’re glad they’re doing the project alphabetically, as that tends to shake up and randomize the kind of food they’ll be cooking: Belize’s cuisine is different than Belgium’s, and they welcome the variety.

Since undertaking the project almost a year ago, their pantry has grown quite a bit. When they complete a letter of the alphabet, they write “The Noshies,” doling out such awards as “most fun to cook,” “best music,” “best cuisine” and “most exotic purchase.”

Colombia is next, and they say they look forward to making to the national dish of bandeja paisa, a rustic platter of meats, rice and beans. For Cuba, they’re planning a pig roast in New Jersey.

They’re saving the United States for the grand finale sometime in 2017, and hope to have a gala potluck with food from each of the fifty states.

Every dinner ends with a brief appeal for donations from their guests to benefit the UN’s World Food Program. The donations are matched by Google, Friedman’s employer, and so far the WFP has received more than $6,000 as a result of their efforts.

“The World Food Program creates a sense of purpose for this. We’re enjoying this food from all around the world, and we’re taking a lot,” says Friedman. “[Donating to the WFP] turns it from a feeling of excess privilege into really doing some good, especially when we’re eating food from places where there may not be an abundance of food.”

The average $20 donation from a guest, after matching, will provide 160 meals to people in disadvantaged countries.