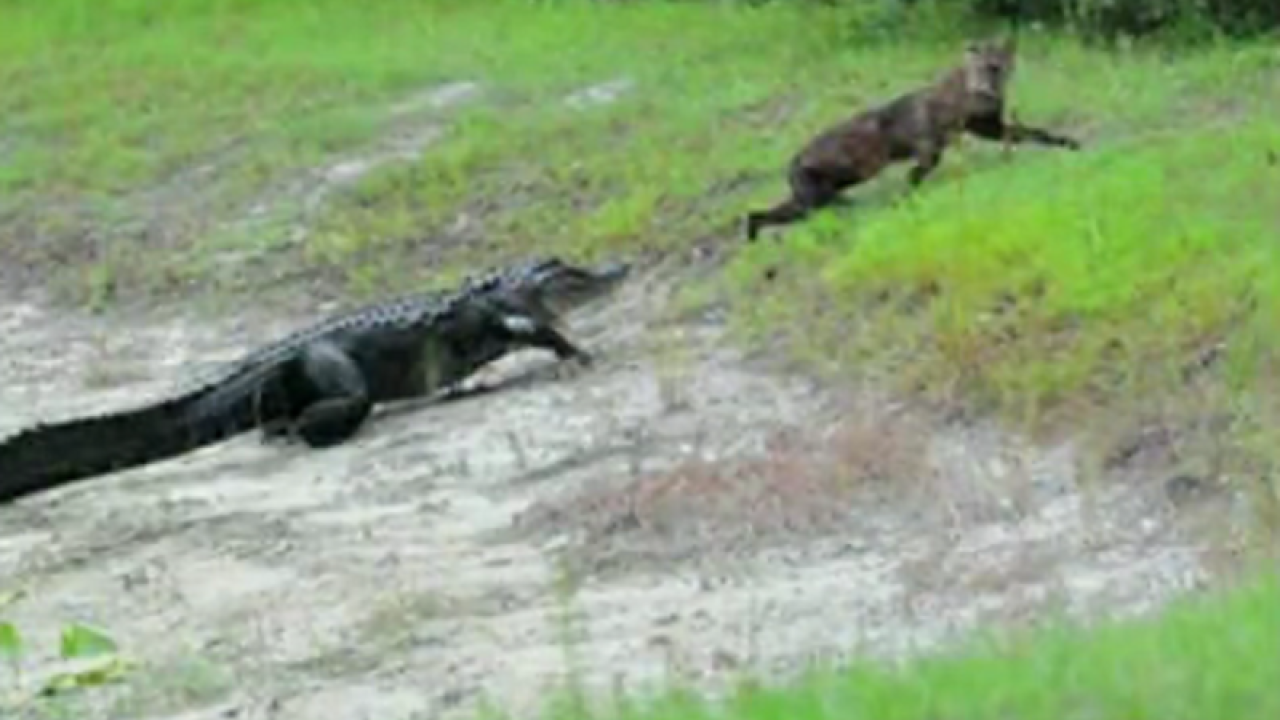 An alligator came within inches of catching a bobcat, on the edge of a retention pond in Tampa, but he just missed.

A lucky resident with a camera snapped some amazing pictures of the encounter.

Homeowner Bryan Peabody was behind his home when a Florida bobcat sitting on the pond's edge caught his eye, so he grabbed his camera.

Then all of a sudden the monster head of a 10-foot long gator pops out of the water.

Peabody stood riveted and watched as the massive, gator emerged from the pond and with stealth, zeroed in on the cat, moving closer, closer, and closer.

Peabody said the cat just sat there like nothing was happening. “I wanted to alarm it, like I said, but I couldn't believe that's how sneaky a huge gator can be.”

The gator got all the way up to the cat, and “literally, I think a breath from the gator is what alerted the cat, and the cat jumped and the gator lunged after him,” said Peabody.

The gator lunged from the sand up onto the edge.

Bryan has three children including 5-year-old Madison who plays outside, but he remembers this is the reptile and bobcat's turf.

“It's a respect relationship,” said Peabody. “We respect the animals, and the animals respect us. “