RICHMOND, Va. (WTVR) - The FBI released a new sketch of the man they said abducted and murdered Morgan Harrington. The sketch is similar to the composite sketch created after a 2005 assault in Fairfax County. Using DNA evidence, police linked the 2005 assault to Harrington's murder.

Harrington, a 20-year-old Virginia Tech student, disappeared after wandering out of a concert at the John Paul Jones arena on the University of Virginia campus in Oct. 2009.

Her remains were discovered in January 2010 in wooded area of an Albemarle County farm.

In July 2010, the FBI released a composite sketch of a suspect in the Harrington case. 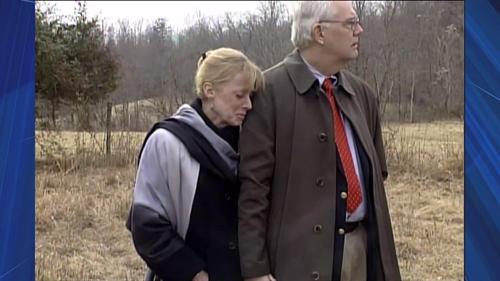 In August 2010, a Northern Virginia man was convicted of obstruction of justice for providing false information to police investigating Harrington's disappearance.

Virginia State Police said in weeks following Harrington's abduction, the man called in a tip linking a Prince William County man to her disappearance. After an investigation, state police deemed the tip false and concluded the caller attempted to pin the crime on the other man as an "act of vengeance."

“We are especially interested in hearing from those individuals familiar with the Anchorage Farm property, and observations of unusual behavior in that area between Oct. 17, 2009, and Jan. 26, 2010,” said Lt. Joe Rader, Virginia State Police Bureau of Criminal Investigation’s Appomattox Field Office in a 2011 press release. “A detail that may seem insignificant to one person may well be of critical importance to investigators and the information needed to advance this investigation even further.”

State police encourage anyone with information to call the Jefferson Area Crime Stoppers at 434-977-4000; or the Virginia State Police at 434-352-3467 or by email at bci-appomattox@vsp.virginia.gov