Sheriff Wilkins said the devices were made to look like real bombs.

A maintenance worker discovered the devices around 8:00 a.m. Thursday while preparing for the court to open.

The bomb squad used a water cannon to separate the device's “timer” from the “dynamite.” Again, Sheriff Wilkins said the device was not a real explosive, so there really was no timer nor dynamite. 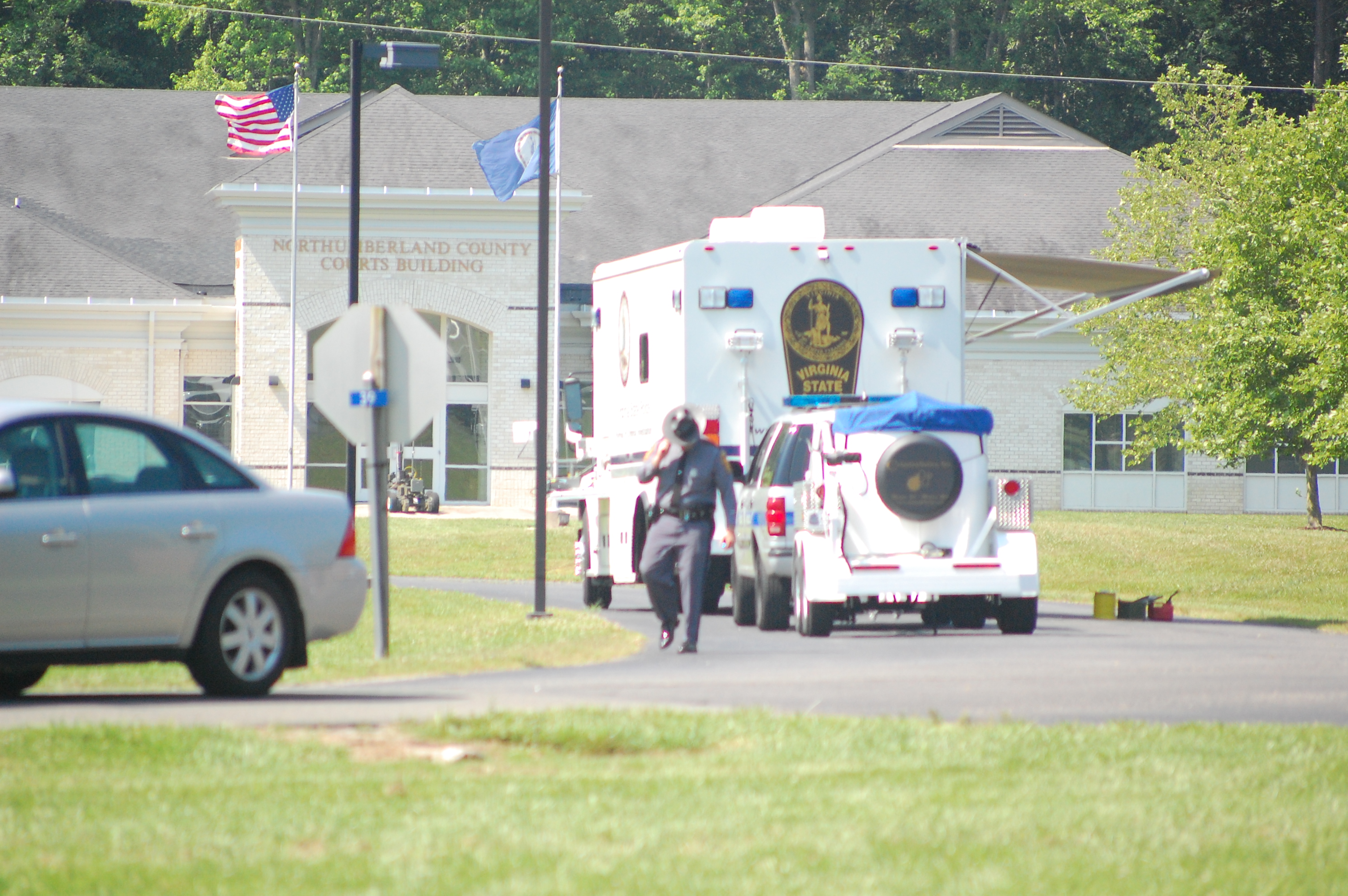 Virginia State Police, the FBI and the ATF responded to the court building to investigate the morning incident.

Lee Francis, managing editor of the Northumberland Echo, was at the court building Thursday and during a phone interview on the CBS 6 News at Noon, told Cheryl Miller what he saw.

Sign up for Breaking News email alerts from WTVR.com.