RICHMOND, Va. (WTVR) -The FBI and Richmond Police are offering a $2,500 reward for information leading to the arrest and prosecution of the people who spray painted racist and anti-Semitic graffiti on a South Richmond church.

The vandalism was discovered October 9, 2011, at the Southampton Baptist Church at 7521 Comanche Drive.

While Richmond Police investigated the incident as a Destruction of Property Crime, the FBI called it a potential hate crime "due to the sheer volume of profane religious and racial graffiti discovered on the church."

Katharine Bullock, whose husband is a pastor a different church, and lives nearby thinks that a burned out  street light gave the culprits the cover they needed to leave the profane and racist graffiti.

Bullock said the vandalism was saddening and distressing.

"We see the church as a place that is safe where people come worship God and be safe," said Bullock.

Bullock said the church was forced to hire workers who had to use special chemicals to try to remove the damage while preserving the structure of the church.

Still, Bullock is calling on the people responsible to do the right thing and come forward

"Forgive the people who did it," said Bullock. "We all need forgiveness; all make mistakes... need someone to extend that towards us."

WARNING: YOU MAY FIND THE IMAGES OFFENSIVE

(CBS 6 edited one image due to language) 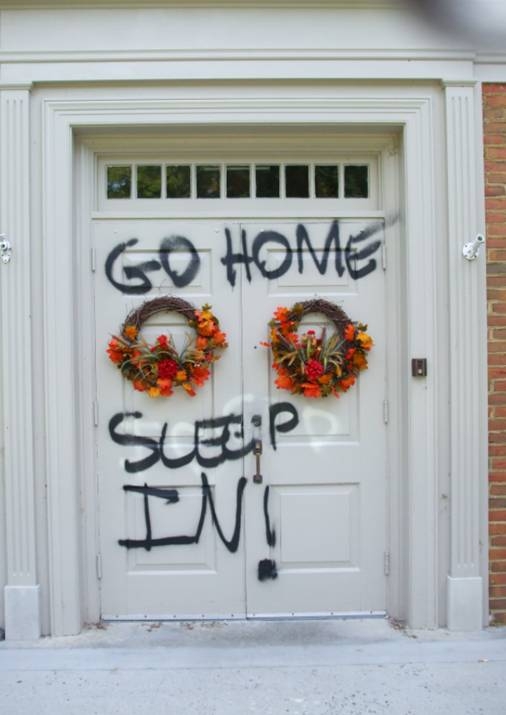