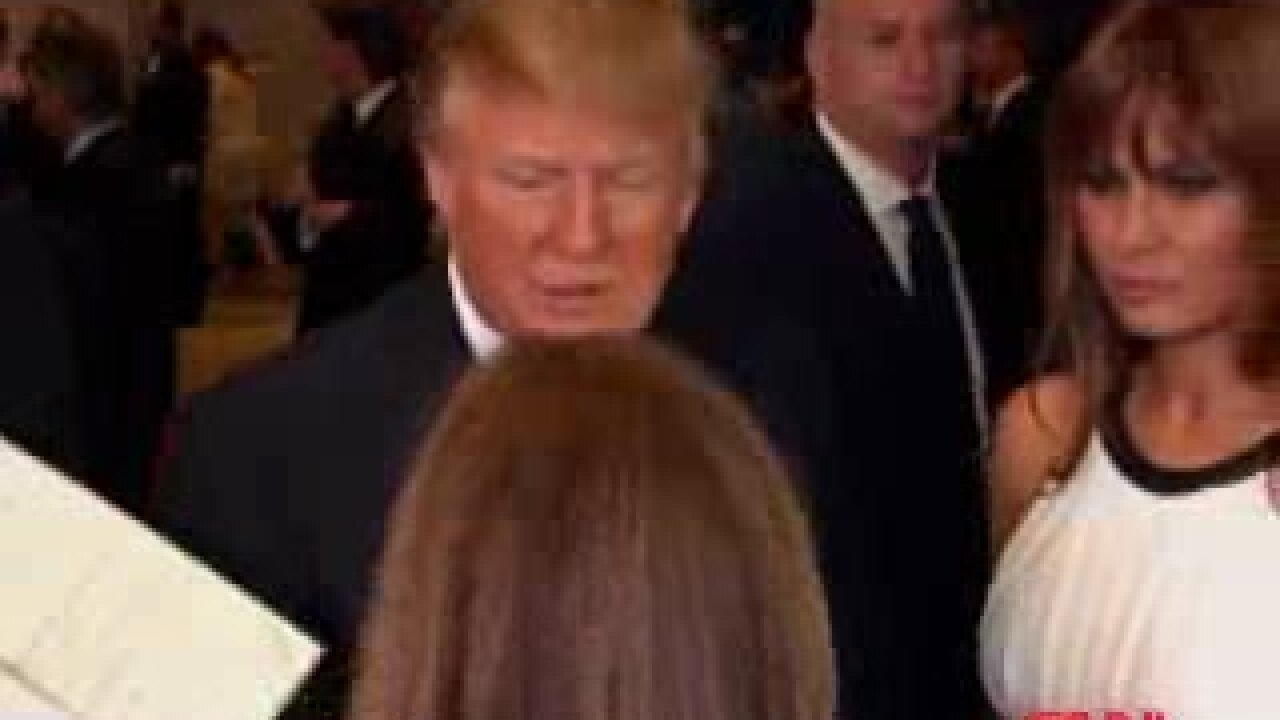 Asked Friday in a guest appearance on ABC's "The View" if he was interested in joining Mitt Romney's presidential ticket, Donald Trump asked, "Who would turn it down?"

Trump endorsed Romney in February, and is scheduled to participate in a fundraiser on Tuesday at his Las Vegas casino with Romney and former GOP presidential candidate Newt Gingrich.

Trump has become a vocal and effusive backer of Romney in television appearances and on social media. Before endorsing Romney, he met with several of the GOP presidential candidates and even announced a presidential debate, which was later canceled when several candidates declined the invite.

He said Friday that he was performing well in polling at the time. Although he briefly fared well in national polls early in the election cycle, several surveys from last spring showed a majority voters ultimately disapproving of a Trump candidacy. One released hours before he announced he would not seek the White House showed seven out of ten Americans saying he had "no chance" of winning the election.

Trump brings perceived baggage to the Romney campaign, including his questioning of President Barack Obama's birthplace and birth certificate. He and other prominent conservatives have raised questions about Obama's birth, as "natural born" U.S. citizenship is a requirement for the presidency.

"Donald Trump has become the 'birther' in chief," Ben LaBolt, a spokesman for Obama's re-election campaign, said on MSNBC Friday.

Though Trump tweeted as recently as last Friday "Let's take a closer look at that birth certificate," Kevin Madden, a Romney adviser, said Friday that questions about Trump's views on Obama's nationality should be a thing of the past.

"When you endorse someone, you are basically signing onto their views," Madden said on MSNBC.

Obama released the long-form version of his birth certificate in April 2011 that shows he was born in Hawaii on August 4, 1961. Soon after it was released, Trump announced he would not make a bid for the GOP presidential nomination.

Trump made light of the issue in his appearance on "The View," when one of the co-hosts handed him a slip of paper and called it her birth certificate.