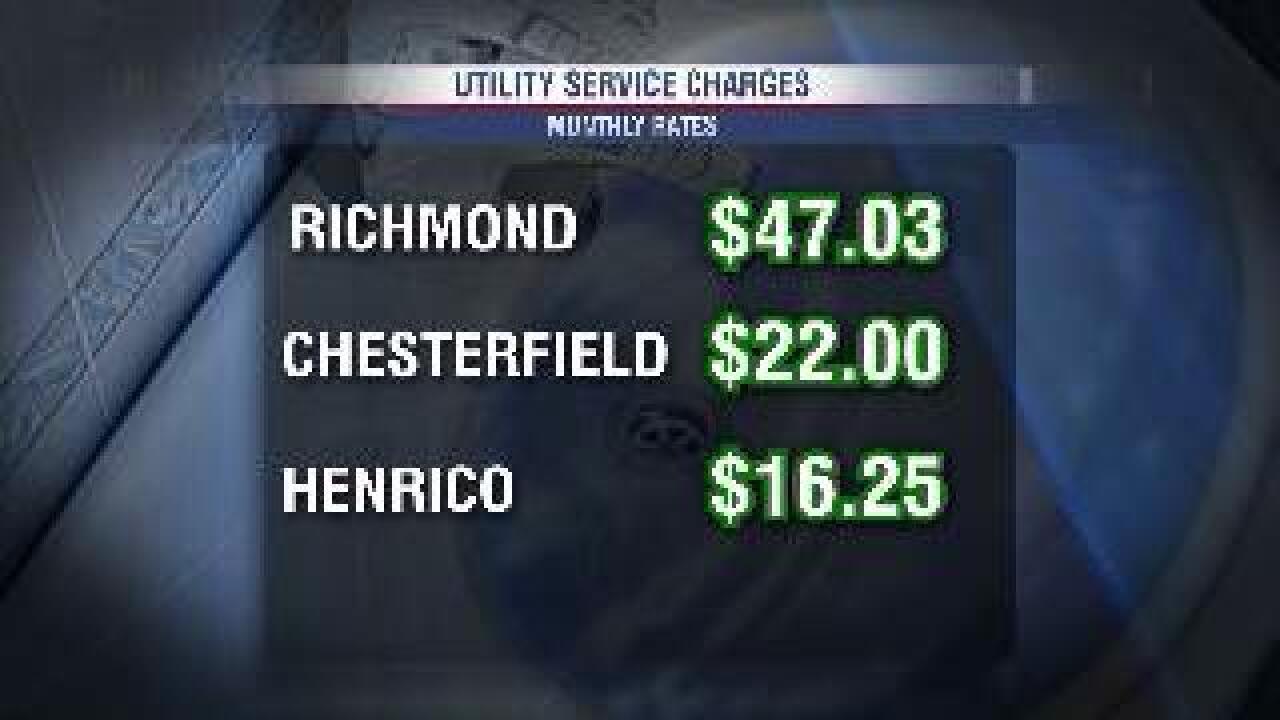 RICHMOND, Va. (WTVR) - Water is a vital natural resource, but for residents in the City of Richmond, it 's even more precious. That's because water and service fees cost residents more than three times as much than other Central Virginia localities.

In fact, here's how monthly water and sewer service fees breaks compared to other areas:

According to Richmond’s Department of Public Utilities, residents pay more than three times more in service fees to operate and maintain the city’s old pipes. Plus, the city is under a federal mandate to keep its combined water and sewer system clean.

Additionally, customers who use a lot of water, like car washes, even  get discounts because of the amount they consume.

"I think it's just giving the commercial and industrial users a break at the expense of residential users,” said Wayne Taylor.

Richmond resident Geneva Hall doesn't think that is fair -- and questions why her water bill is so high.

Additionally, both council members Bruce Tyler and Reva Trammell have raised concerns over the rates during the city budget hearings. They asked for the administration to show them how to cut the cost of water and sewage -- but have yet to receive a response.

Stay with CBS 6 News for continuing coverage of this story.