HOLMBERG: 25 years after the deadliest invasion since the Civil War 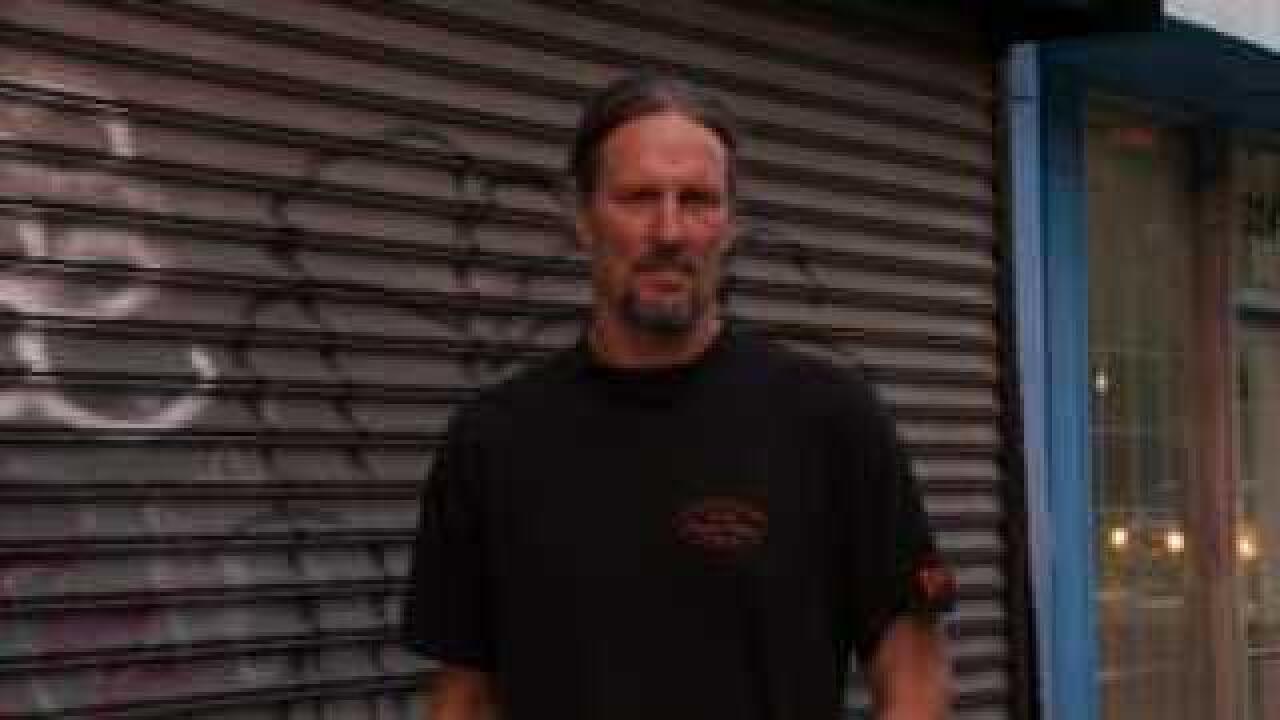 RICHMOND, Va. (WTVR) - It’s been 25 years since crack cocaine came to town. It was the deadliest invasion since the Civil War.

The city’s murder rate soared and eventually doubled by 1994 with 160 homicides, making Richmond the second-deadliest city, per capita, in the United States.

When you smoke crack, dopamine and other chemicals flood your brain within seconds. But the rush doesn’t last long.

The effect on Richmond and cities across the country was just as instant and frenzied.

We saw mindless, blatant, reckless violence as the city’s temperature spiked with crack fever. Turf killings. Young men killing their grandmoms, kids getting hit by stray bullets. Because users needed only a few bucks for the next rock, even poor people were getting robbed. Prostitutes slashed their prices.

The crack invasion “was almost like a fad,” said Avery Hawkes, another longtime addict who is in a recovery program at the City Jail. “The carrying of guns, the going to the nightclubs, the fast money.” He said ‘gangsta’ rap and hip-hop were all part of the overall scene, although he doesn’t blame the music.

It was a very different time in Richmond then. Distrust of police and authority, a leftover from segregation, had many in some of the poorer neighborhoods siding more with the young dealers and the drug users than the police.

A woman on Afton Avenue, a longtime South Richmond drive-through drug market, told me back in 1994 that she’d bring soft drinks to the dealers on hot days and drive them, for a fee, to Kings Dominion, since some of them weren’t old enough to drive – although they knew how to pull a trigger. At the time, the 2300 block of Afton was the deadliest block in the city, with five fatal shootings in a short period of time.

“The community engagement is definitely different today than it was 20, 25 years ago,” said Richmond police Maj. Steve Drew.

During the crack fever years, police got little cooperation when trying to solve murders, assaults and other crimes. “Snitches wind up in ditches” was a mantra at the time. The fatal shooting of a man who had called police in South Richmond back then just reinforced that point.

There was a maliciousness that the city hadn’t seen before. On January 1, 1992, 35-year-old Dennis Rock was shot to death by a 15-year-old who bragged that he wanted to commit the first murder of the year. In 1994, crack dealer Chris “Pops” Goins wiped out an entire family, including three children, because he was mad at their juvenile daughter whom he had impregnated.

Crack “makes you aggressive,” said Mike Kelley, program director for substance abuse and behavior modification at the City Jail. He was also a crack user back then. “And if you’re already an aggressive male, it makes you act out in all kinds of outrageous behavior. You get violent with anybody and everybody.”

When the killing reached its pinnacle, detectives weren’t even solving half of the slayings.

As the crack fever began, a series of killings near center city were the final straws for the Broad and Grace street retail district. The closings of Miller and Rhodes, Thalhimers, Berry Burk began a general exodus that left many storefronts empty in that district for more than a decade. Some remain empty.

Growing up in the midst of that madness was a second generation of addicts and dealers.

“I’ve been literally six feet from a person who got shot in a drive-by when I was buying crack in the South Side of Richmond,” recalled Bobby Green, a former crack dealer and recovering heroin addict who is serving six years for heroin and firearms charges. “I’ve seen people robbed, I’ve seen people completely lose their whole family out here . . . my mom ended up getting murdered , she was getting high while she ended up getting murdered at a party.”

“I’ve seen it destroy many a home,” said Steven, another recovering addict in a special recovery tier at the Richmond City Jail run, in part, by Mike Kelley. Steven also watched his mom struggle with a cocaine addiction, although his mother got clean before she died. “I saw what it did to her and all her friends. It destroyed everybody.” He recalls, as child, the devastation caused by crack on the Jeff-Davis corridor, where prostitutes walked the streets to pay for their habits.

The recovery from crack fever has been slow, but gaining momentum in recent years – with the unlikely help of the depressant heroin, which made a big comeback in the past decade, pushing down the city’s temperature.

“Heroin is a downer, crack is an upper,” said Marvin Lockett, the longtime heroin user now getting help on the recovery tier.

But those who know the street drug scene say the big player now is prescription painkillers. Crystal meth has also been gaining ground recently.

“Oxycontins . . . the percocets . . . it’s a younger generation,” said Avery Hawkes. “Pharmaceutical drugs are really, like, taking over . . . now it just seems like a lot of the younger people is pills, pills, pills, any kind of pills, they want ‘em.”

There’s no question the community has switched sides, helping the police rather than the dealers and addicts among them.

“I think they don’t tolerate it, they don’t expect it,” Maj. Drew said. “They want to see the police department engage those. Tips come is so much quicker now.”

But those who were recently selling or using drugs in Richmond say they’ve seen the temperature rising on the streets again.

“There’s a lot of young guys that are out of control out there, robbing people and stuff like that,” said Bobby Green, who said he always carried a .40 caliber Ruger semiautomatic pistol for protection.

There’s been a spate of murders recently in the metro area, much of it drug-related. And many of those locked up during the crack years will be joining us again.

They are the lucky ones, getting real help finally for problems that had most of them bouncing in an out of detention and jails for most of their lives. Most of those quoted in this story feel, for the first time, like they might actually make it. There’s another intensive recovery tier at the Henrico County Jail.

But for many addicts, they it’s an endless cycle of crime and incarceration. Those who believe treatment is better and cheaper than incarceration say treatment is society’s best protection against drug-related crime, violence and expense.

“I have gentlemen (in the recovery program) that are 35 years old that have never held a job in their life,” Kelley said. “Their only job their whole life has been dealing drugs in the city of Richmond. We have to teach them job skills. We have to give them a general education. And we have to show them you can live a life without drugs and alcohol . . . and they can be functioning citizens in society. You know, we can help people do better than they’re doing now.”

Longtime addict Marvin Lockett said those who don’t want to see another lost decade should invest in recovery.

“I say it like this,” he said. “If they’re not willing to help the addict, they will see it again.”

Maj. Steve Drew said there still is a lot of drug-related crime and violence. “We still have a long way to go. But it’s nothing – nothing – like it was back in the late ‘80s and early ‘90s . . . it’s just a different game.”