A woman that recently sailed on a Disney cruise has successfully embarrassed a cruise line employee that allegedly stole her phone. Pictures taken with the phone were automatically uploaded to her iCloud Photo Stream account and posted on Facebook.

Katy McCaffrey had her iPhone stolen while aboard the Disney Wonder in April. The ship is operated by Disney Cruise Line.

A man, who appears to be a Disney employee named “Nelson,” allegedly used the stolen iPhone to take photos of himself and other coworkers aboard the ship. Those photos were then automatically uploaded to McCaffrey’s Apple iCloud Photo Stream account.

After discovering photos of the alleged thief, McCaffrey posted 20 photos on her Facebook page in an album titled “Stolen iPhone Adventures.”

According to comments in the album, “Nelson” appears unaware the photos were being automatically uploaded to her iCloud account.

The photos include a beautiful sunset at sea, “Nelson” partying with friends and a possible love interest. It is also unclear if Nelson was the actual thief or if he found the phone or purchased the phone from someone else.

The album has been shared by over 4,000 people on Facebook. 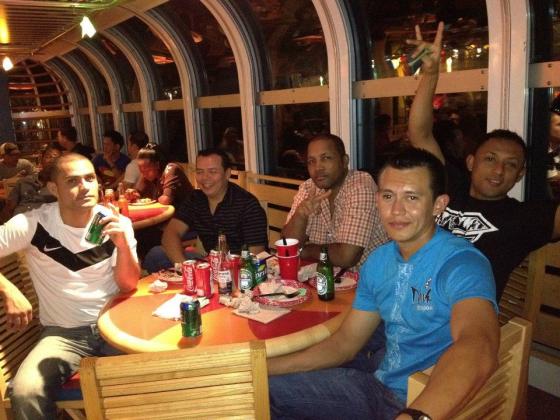 “I have alerted the officials of the Disney Cruiseline and forwarded them the photos” McCaffrey wrote on her Facebook page.

Disney Cruse Line has responded by telling USA Today they are taking the case “very seriously.”

“We have a zero tolerance policy for this type of behavior,” the spokesperson said. “We are taking aggressive action.”