RICHMOND, Va. (WTVR) – It is an event that has taken place across the country and around the world. Now SlutWalk is coming to Richmond.

According to the SlutWalk Richmond website, last year during a safety forum, a Toronto Police officer said women should avoid dressing like sluts in order not to be victimized That statement prompted women around the world to organize SlutWalks as a way to protest that what they wear is not a reason to be a victim.

Helen Rogers said personal experience inspired her to bring the walk to Richmond.

“As a survivor of sexual assault, I know how it feels to be re-victimized with assumptions that something I said, did or wore was somehow responsible for the attack – rather than the attacker being responsible,” Rogers wrote in an email. “When I hear comments like, ‘She wanted it – look how she’s dressed,’ I realize that we need to raise more awareness so that our attitude isn’t ‘Don’t do/say/wear something that will get you raped,’ but ‘Don’t rape. Ever.”

Rogers said she was surprised Richmond did not already have a walk given the number of college students and young adults living in the city. She admitted reaction to the walk has been mixed.

“I think some folks are put off by the name, or think it’s some kind of walk advertising “easy” women. I have found that once we’ve clarified the purpose and meaning of SlutWalk, most people realize this is an important issue that impacts everyone it touches and not just the survivors of sexual assault,” she said. 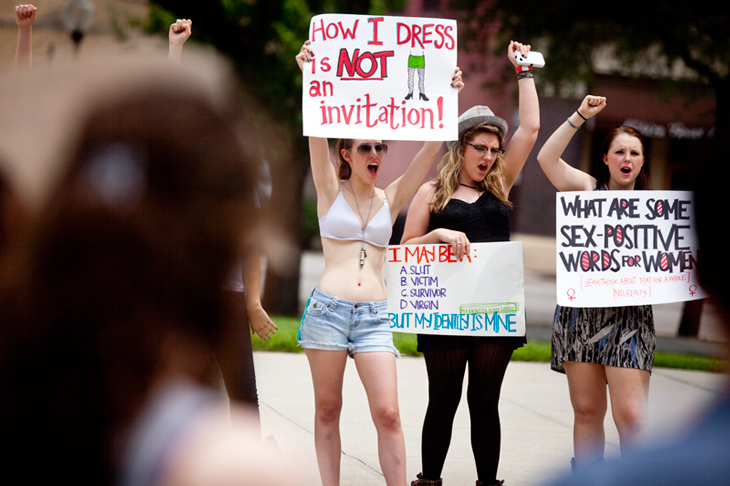 So what about the name?

“Let’s face it, it’s an offensive term, whether it’s being used by a Police Constable to describe the victim of a violent assault or by someone describing a woman wearing a tight t-shirt or a short skirt,” Rogers said. “The idea of incorporating that term into this movement is to jar people into thinking about what that statement really says, and to enforce the idea that rape is not a sexual act and that a victim’s attire, words or actions are not the cause of that violent attack.”

SlutWalk Richmond is scheduled for Saturday, Sept. 22. The two-mile walk begins at Monroe Park, runs through VCU and the Fan and ends at Fountain Lake in Byrd Park.