(CNN) — Authorities have arrested a suspect in the case of an alleged police impersonator who is believed to have killed two motorists in Mississippi, the Tunica County Sherriff’s Office said.

James D. Willie, 28, of Sardis, Mississippi, was arrested and the 9mm handgun authorities say was used in two recent highway shootings was in his possession, the sheriff’s office said.

The arrest may put an end to a case that caused a massive manhunt by law enforcement and created panic and fear for many drivers throughout Mississippi. 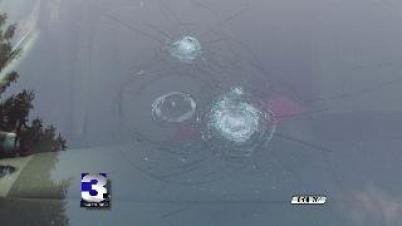 “Hundreds of man hours have been devoted to tracking down and arresting this individual,” Mississippi Gov. Phil Bryant said. “Public safety is of paramount concern to us. Just as a week ago, with the resolution of the kidnap/murder case in north Mississippi, again we see the effective results of a unified effort of several law enforcement agencies working together.”

Investigators with the Mississippi Bureau of Investigation had raised the possibility that someone posing as a police officer was to blame for the shooting deaths of 74-year-old Tom Schlender and 48-year-old Lori Anne Carswell, which happened 55 miles apart in northwest Mississippi.

Willie was arrested Tuesday on an unrelated offense. Authorities found the suspect with a woman who claimed that he raped her.

He was arrested, and the semiautomatic Ruger handgun he had was also taken into custody.

The news of this arrest comes a day after authorities said they were questioning a different suspect in the case.

Authorities said a different man was picked up after stopping two drivers Wednesday night. That man, identified as James Lucas, 45, of Yazoo City, was driving a blue Mercury Marquis that used to be a police car and still had flashing blue lights behind its grille, Humphreys County Sheriff Investigator Sam Dobbins said.

Early Friday, it was unclear what, if any, connection that suspect had to the case.