That is the holiday — date still to be determined — Andy Copeland hopes for as his daughter Aimee fights off a virulent flesh-eating bacteria that turned her life upside down in less than two weeks.

Her fight won’t be over on Aimee Day. She will likely need dialysis for some time to help her kidneys function, and rehab to adjust to life without her left leg, part of her abdomen and perhaps other body parts that surgeons may still remove because of her disease.

Still, on that day, the 24-year-old University of West Georgia graduate student should be able to breathe on her own, after medical staff remove a tube now stuck down her throat that is being used to regulate her oxygen level. And her parents and her sister should, again, hear her voice. 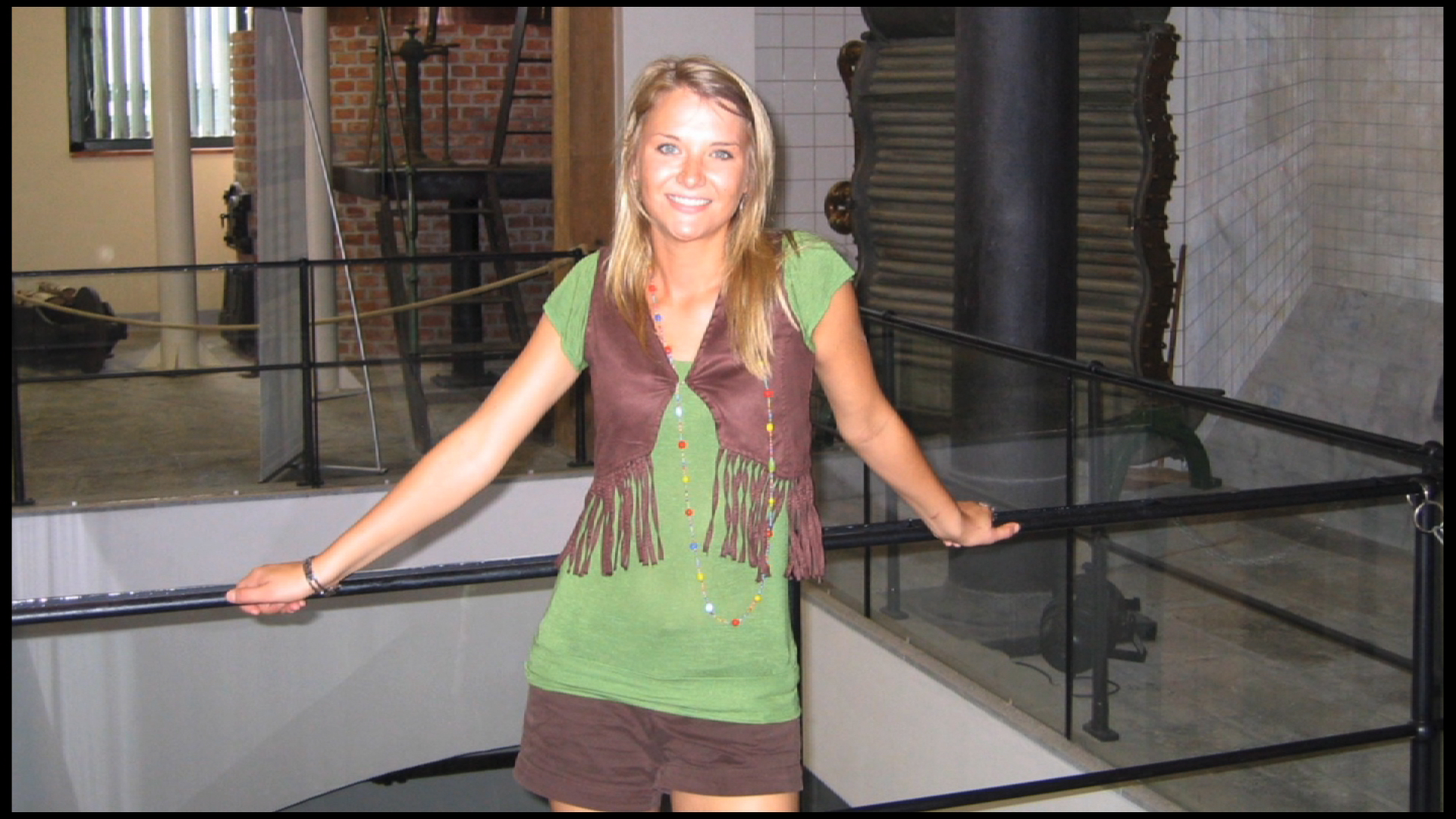 “We’re going to celebrate that day forever for the rest of your life,” Andy Copeland told his daughter as she lay heavily medicated in an Augusta, Georgia, hospital bed. “It’s the day that my daughter was delivered from this horrible, horrible disease.”

Speaking Sunday on CNN, Andy Copeland didn’t go into detail about the latest on his daughter’s condition as she fights for her life beyond saying “we’re holding up very well here.”

Yet, as he’s done in regular Facebook posts chronicling the ordeal, Andy Copeland was positive about the future.

“I have every confidence that Aimee will be able to overcome this,” he said.

Just last month, she had a full and active life. Aimee was pursuing her master’s degree in psychology, with a focus on eco-psychology — the idea that harmonizing with nature can be a powerful tool in ensuring one’s psychological health and vitality.

On May 1, she and some friends were out near the Little Tallapoosa River, about 50 miles west of Atlanta, when she grabbed onto a homemade zip line, her family has said.

That led to a gash in her left calf, and ultimately it took 22 staples to close the wound, according to CNN affiliate WSB.

Athough she didn’t know it at the time, it was because of that cut that Aimee Copeland contracted the flesh-devouring bacteria, Aeromonas hydrophila.

Dr. Buddy Creech, an assistant professor of pediatric infectious diseases at Vanderbilt University, said that Aeromonas hydrophila — which is “remarkably common in the water and in the environment” — is one of many bacteria that can cause a flesh-eating process.

“When it gets into those deeper tissues, it has a remarkable ability to destroy the tissues that surround it in sort of this hunt for nutrition,” Creech said. “When it does that, those tissues die, and you see the inflammation and the swelling and the destruction that can be very difficult to control.”

Most humans are affected by this bacteria by swallowing it, resulting in diarrhea. Aimee Copeland’s case was much more uncommon, in that her wound got “infected and the infection (ran) wild,” explained Creech.

The pain continued for Aimee after her accident and, on May 4, a friend took her to an emergency room where she was diagnosed with necrotizing fasciitis and flown to Augusta for surgery.

She went into cardiac arrest after being removed from the operating table, but was resuscitated, CNN affiliate WGCL reported.

It was then, Andy Copeland recalled on his Facebook page, that he was “told that Aimee might not survive the night.”

She did survive, though surgeries cost her the leg and part of her abdomen. A post Saturday on a blog set up by the University of West Georgia psychology department said more operations are coming: “Aimee will suffer the loss of her fingers, however physicians have hope of bringing life back to the palms of her hands, which could allow her the muscle control to use helpful prosthetics.”

At one point her lungs “required 100% pure oxygen to be fed to her through a respirator,” as the bacteria ravaged her body, her father wrote. By Sunday, she had improved significantly to 33% — just 12 percentage points shy of 21%, the level of oxygen in air around us.

If and when it gets to that point, she can be taken off the respirator. And her family can mark that moment, Aimee Day, on their collective calendar to celebrate this year and every year after.

For now, Andy Copeland is busy standing by, conversing with medical staff and expressing appreciation for his “amazingly resilient” daughter, as well as for the medical staff, friends and complete strangers who have shown their support.

And the entire family is staying hopeful, fueled in part by the remarkable progress they’ve seen so far.

“The words I hear from the medical professionals to describe Aimee’s continued recovery are ‘astonishing,’ ‘incredible,’ ‘confounding,’ ‘mind-boggling’ and ‘unbelievable,'” Andy Copeland wrote Saturday on Facebook.

“All those are fitting words. My favorite word is ‘miracle.'”