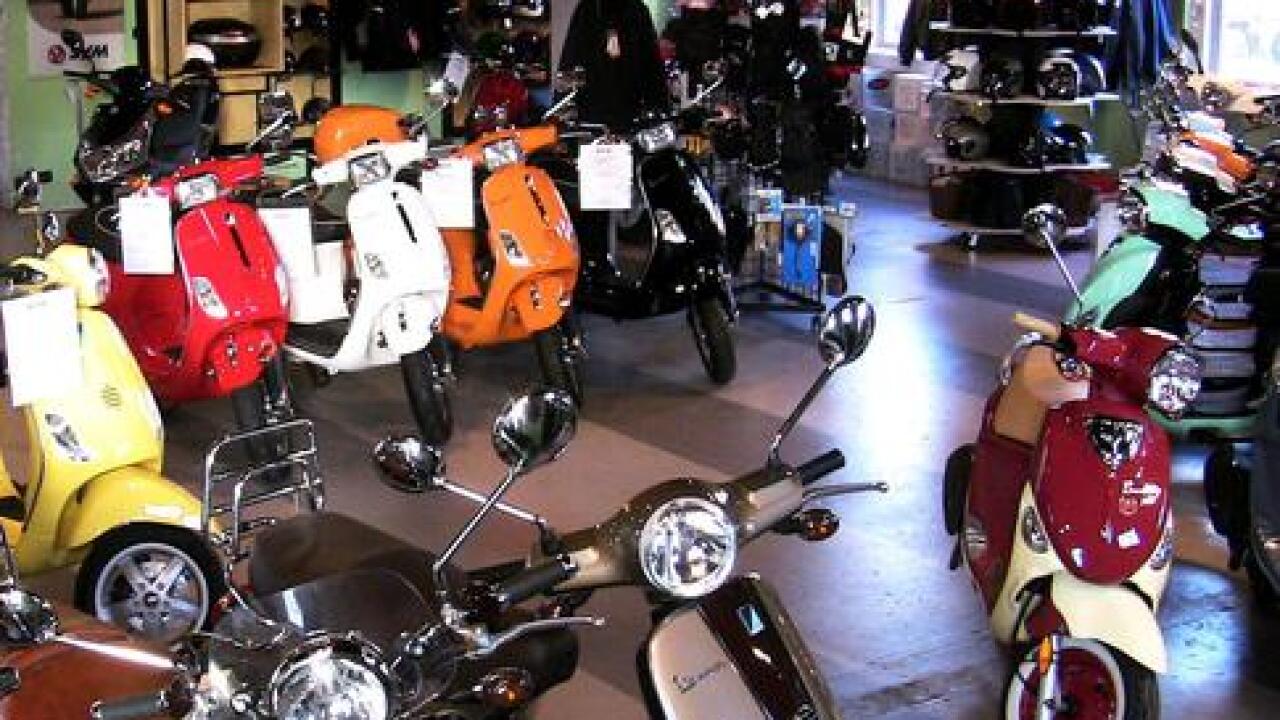 The police said that the Second Precinct, which encompasses most of  South Richmond--over the river and through the wood-- has seen a 122 percent increase since last year. The total number for that district would be 20 for 2012, so far.

These scooters and mopeds (a moped appears more like a traditional bicycle including spoked wheels, a bare frame and pedal cranks) sip gasoline. For the price of one specialty beverage at Starbucks, scooterists cans fill up at the pump, and get 90 miles per gallon from their octane.

“Last year was relatively lax,” she said, although she confirmed that scooters become “a hot item for thieves when gas prices rise.”

Lahmers suggests that the start-up costs for a scooter purchase should include essentials like lock and helmet.

“Using the column lock isn’t enough,” she said. There are numerous deterrents and locks on the market, like the Xena disc lock or a heavy Kryptonite lock. Locks can be purchased at Scoot Richmond and cost anywhere from $35 to $90. Lahmers suggests using the two together for extra security.

“Insurance isn’t a bad idea,” she said, after all “the cost is so low that it’s worth it.”

The good news is that the recovery rate is about 65 percent for stolen scooters, said Lahmers--which is what a detective told her last year. “There are better odds that you will get your scooter back than getting back a stolen car.”

The reason, she said, is that four-wheel vehicles will often get chopped-up for parts.

“One of the biggest challenges with recovering stolen mopeds is that victims did not record their serial number, making it difficult to find and return the moped, not to mention making an arrest,” Second Precinct Capt. Harvey Powers said in a press release.

Detective owners are asking moped owners to write down the serial numbers on their vehicles, and to take pictures of their mopeds, as well as lock them securely when parking.

Don’t pull into a space where a truck can pull up in front of you and load the scooter right into the truck bed.

“Do not park locked to a parking meter or other not tall solid object because two men can generally muster the strength to lift a wee scooter up high enough to clear something like that,” said Lahmers.

Scoot Richmond is one of the only shops to title the 49cc’s, in effort to help police track the original owner if the scooter is stolen. The law does not require them to do so. The shop maintains a blog that lists numerous tips to help prevent theft.