Pastor says ok to crack wrists of gays, then apologizes 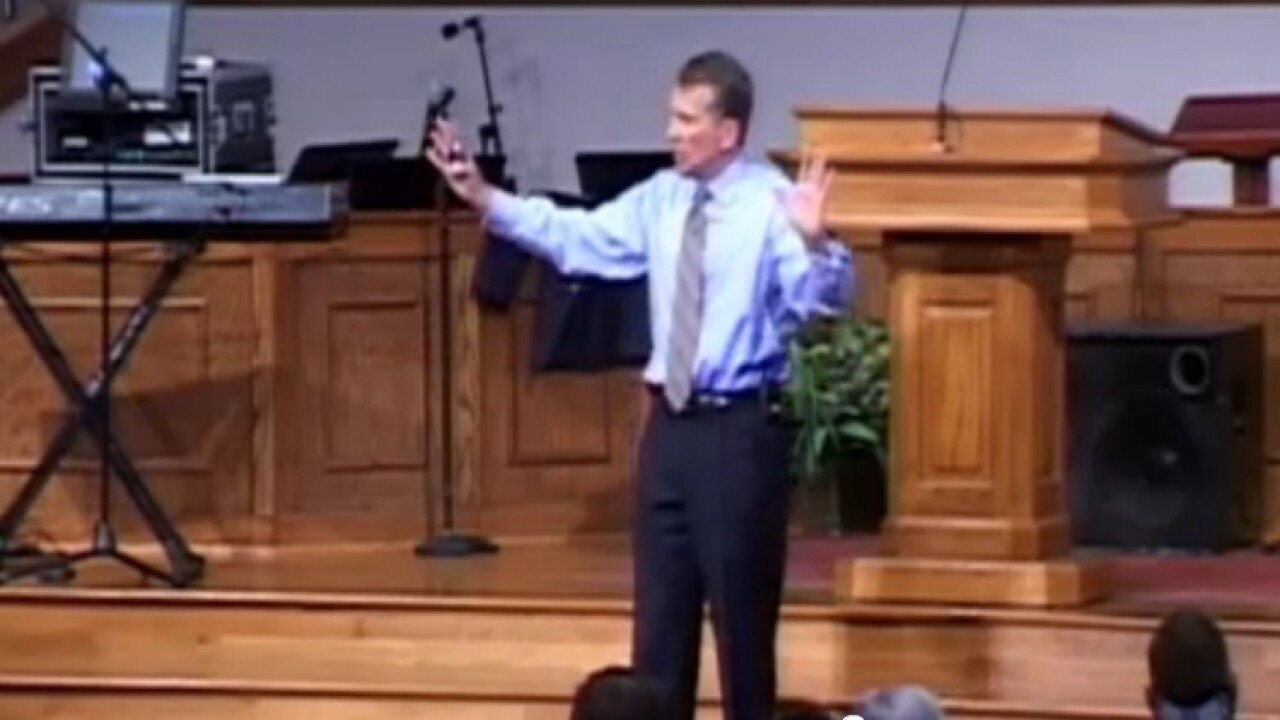 (WTVR) – Pastor Sean Harris of the Berean Baptist Church in Fayetteville, North Carolina delivered a sermon giving fathers’ permission to crack the wrists’ of male homosexual children, and to also punch them.

Today the Pastor delivered an apology shortly after the video began to go viral. He said that he should never have talked about the violent elements or used the words “special dispensation.”

He said his “intent was to communicate the truth of the Word of God concerning marriage.”

He then said, “I can understand how these words could be misunderstood without the context of years of ministering to the people.”

What he calls ‘the people,’ can be heard heartily applauding as he recommends cracking the wrists of gay boys.

The apology also states that he will not apologize “for the manner in which the Word of God articulates sexual immorality, including homosexuality and effeminacy, as a behavior that is an abomination to God.”

Good As You originally posted the clip of the most violent parts of the sermon, of which are transcribed below (the full sermon is at the bottom).

“So your little son starts to act a little girlish when he is four years old and instead of squashing that like a cockroach and saying, ‘Man up, son, get that dress off you and get outside and dig a ditch, because that is what boys do,; you get out the camera and you start taking pictures of Johnny acting like a female and then you upload it to YouTube and everybody laughs about it and the next thing you know, this dude, this kid is acting out childhood fantasies that should have been squashed.

Can I make it any clearer?

Dads, the second you see your son dropping the limp wrist, you walk over there and crack that wrist. Man up. Give him a good punch. Ok? You are not going to act like that. You were made by God to be a male and you are going to be a male.

You say, “Can I take charge like that as a parent?”

Yeah, you can. You are authorized. I just gave you a special dispensation this morning to do that.”

The ceremony, as labeled by the church, was Vote for Marriage: One Man. One Woman. It can be seen below. The NY Daily News said that pastors around the state preached support this past Sunday for North Carolina’s Amendment One.

The amendment is up for vote on May 8, and would ban same-sex marriage and civil unions in the state constitution.

Virginia passed that amendment in 2006. Many states have.