A countywide Teacher of the Year was chosen from those three honorees.

The following information and pictures were provided by Chesterfield County:

Paul Daszkiewicz of Meadowbrook High is Chesterfield’s Teacher of the Year, as well as Chesterfield’s High School Teacher of the Year. He began his career as a math teacher 22 years ago at Meadowbrook High, where he continues to teach Algebra II, probability/statistics and precalculus. Daszkiewicz earned his master’s degree from VCU and his bachelor’s from Virginia Tech.

Ben Davis of Bailey Bridge Middle is Chesterfield’s Middle School Teacher of the Year. A former Army Ranger, Davis first worked for Chesterfield County Public Schools as a substitute teacher in 2003. For four years, he has been at Bailey Bridge Middle, where he teaches English. Davis earned his master’s degree from VCU and his bachelor’s from Park University.

Amanda Moody of Wells Elementary is Chesterfield’s Elementary School Teacher of the Year. She began her career in 1975 in Williamsburg-James City County and also taught at schools in Germany and England for the U.S. Department of Defense. Since 1993, Moody has taught students with learning disabilities at Wells Elementary. She earned her master’s degree from Arcadia University and her bachelor’s from the College of William and Mary. 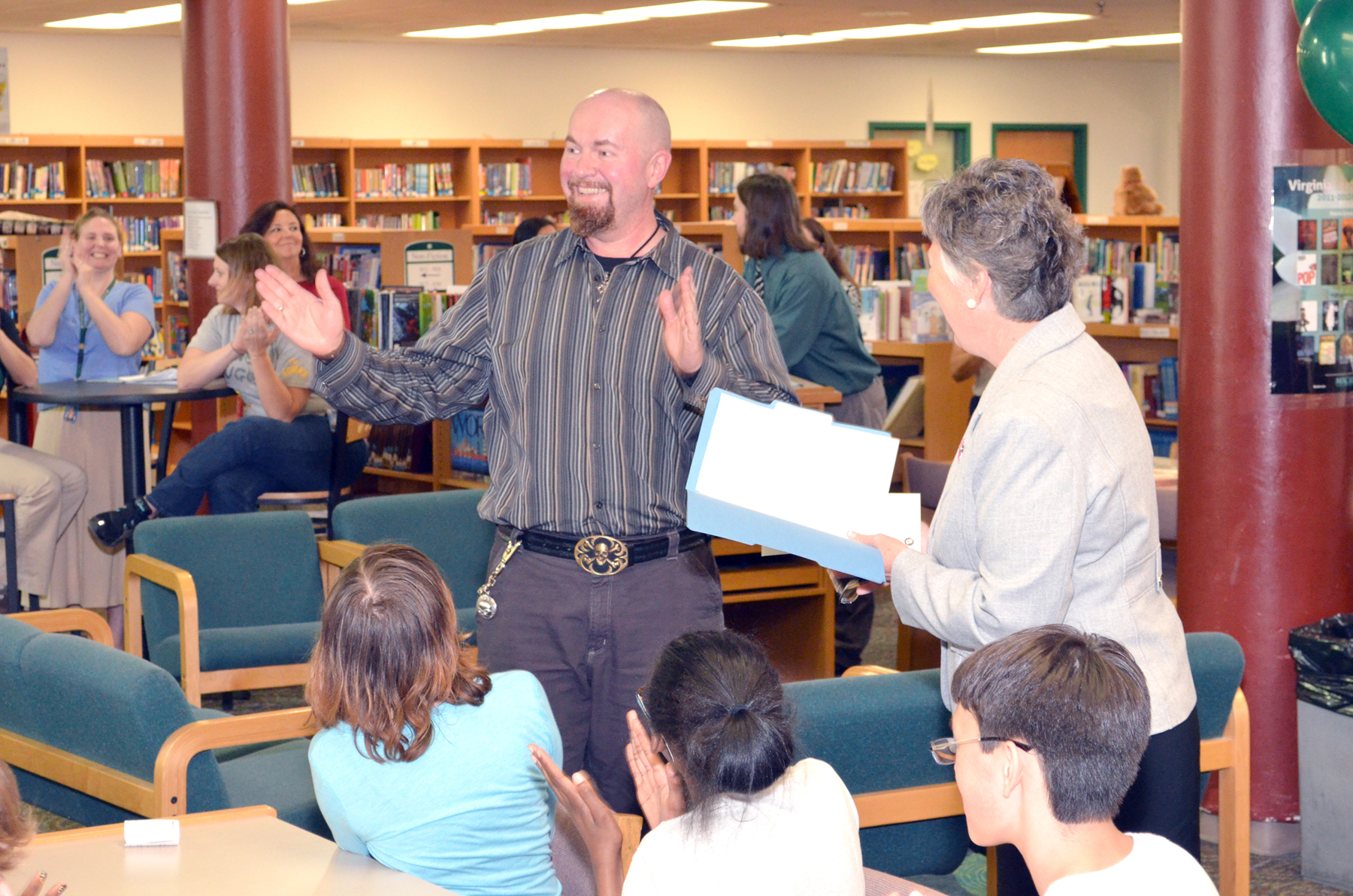