RICHMOND, Va. (WTVR) – Police are looking for two persons of interest after a  man was shot near a Richmond middle school, prompting a lockdown at the school Thursday afternoon.

A Richmond Police spokesperson said this started when two men began arguing on the Martin Luther King Bridge around 2 p.m.

According to police, one of the men, who was with a woman, pulled out a gun and shot the other.

As a result, the school was placed on lockdown, according to Richmond Public Schools' Felicia Cosby. The lockdown was lifted around 3:30 p.m. [RELATED: Some parents worried after shooting near Richmond middle school]

Officials said no children were outside when the shooting took place.

The first person of interest is described as a black male in his early twenties, about 5 feet 6 inches to 5 feet 7 inches tall, weighing between 150 and 165 pounds with a light complexion and facial hair.

He was last spotted wearing a black hoodie, a white T-shirt and a black baseball cap with a white/black emblem displayed on the front.

Another person of interest is a black female in her twenties, about 5 feet 3 inches to 5 feet 4inches tall, weighing between 150 and 160 pounds with a medium to dark complexion.

She has long hair in box braids and was last seen wearing a purple hoodie, blue jeans and blue tennis shoes.

Police said they do not yet have a motive for the shooting. 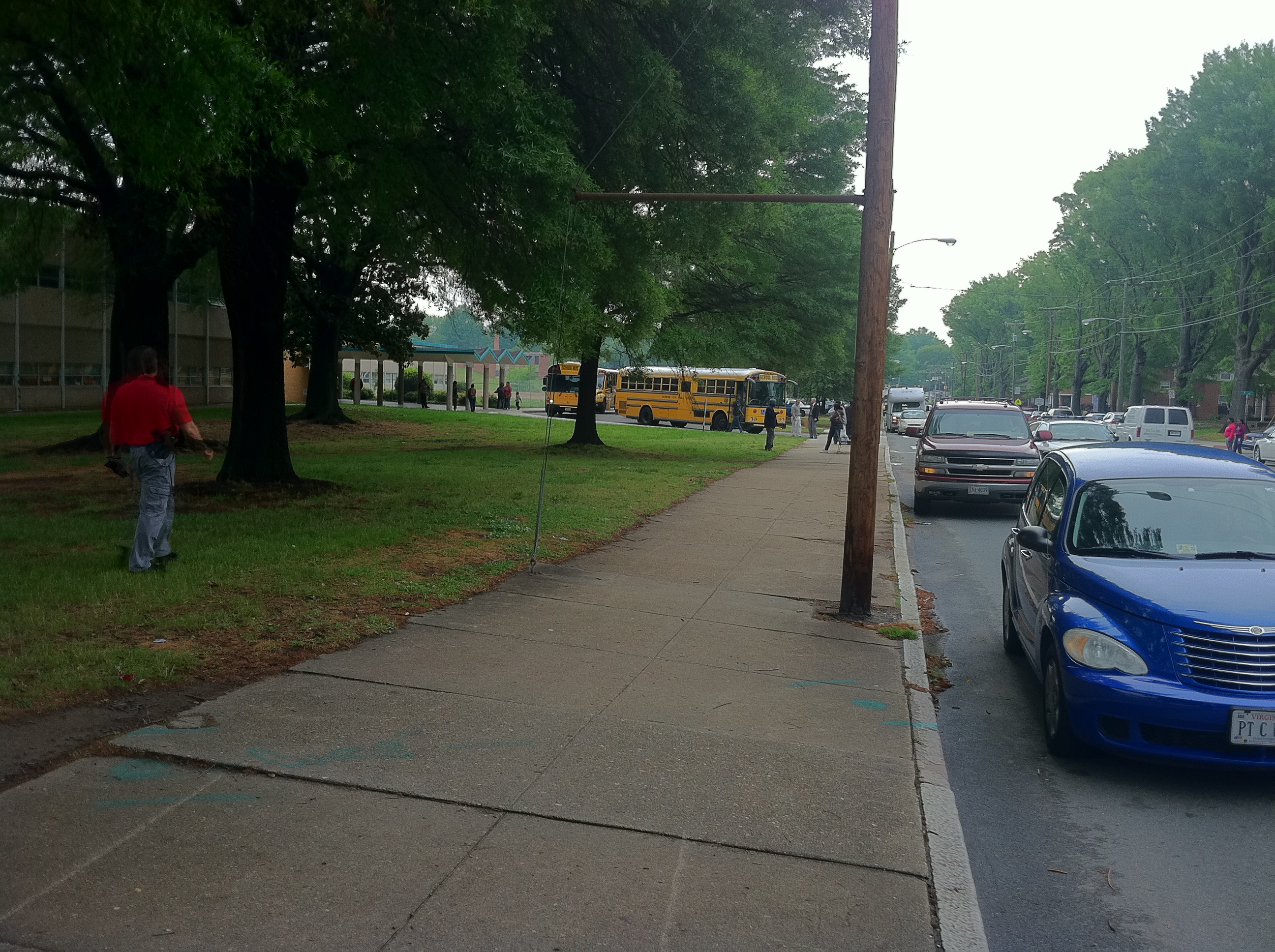