RICHMOND, Va. (WTVR) - Virginia Commonwealth University has been making strides in recent years, its arts and design programs have consistently achieved the highest rankings for a public university. Now VCU is unveiling designs for a new $32 million Institute for Contemporary Art to reflect that image.

"Art for me it's how I express my culture and how I exist in the world," said junior Arts major Andrew Lampella.

The institute will be a new gateway to the city of Richmond, sitting right on the corner of Broad and Belvidere.The 38,000-square foot, three-story building will be built with private funds and is expected to open in 2015.

"We're going to be a real wonderful little addition to exactly what's missing in Richmond right now," Joe Seipel, Dean of the VCU School of Arts said of the project. "We're going to turn this place from the Capital of the Confederacy to the capital of creativity."

Seipel said he hoped the institute will be an outlet for some of the huge ambitions the arts program has had in recent years.

Architect Steven Holl included clear and translucent glass walls to his design. The institute will also feature a 240-plus-seat performance space, and will showcase theater, dance, film, and art by nationally and internationally recognized artists.

Holl is collaborating with BCWH Architects of Richmond on the project. He said he planned to meet with VCU alumni in Washington D.C. next month to raise funds.

While he is there Holl will receive the American Institute of Architects' Gold Medal award. 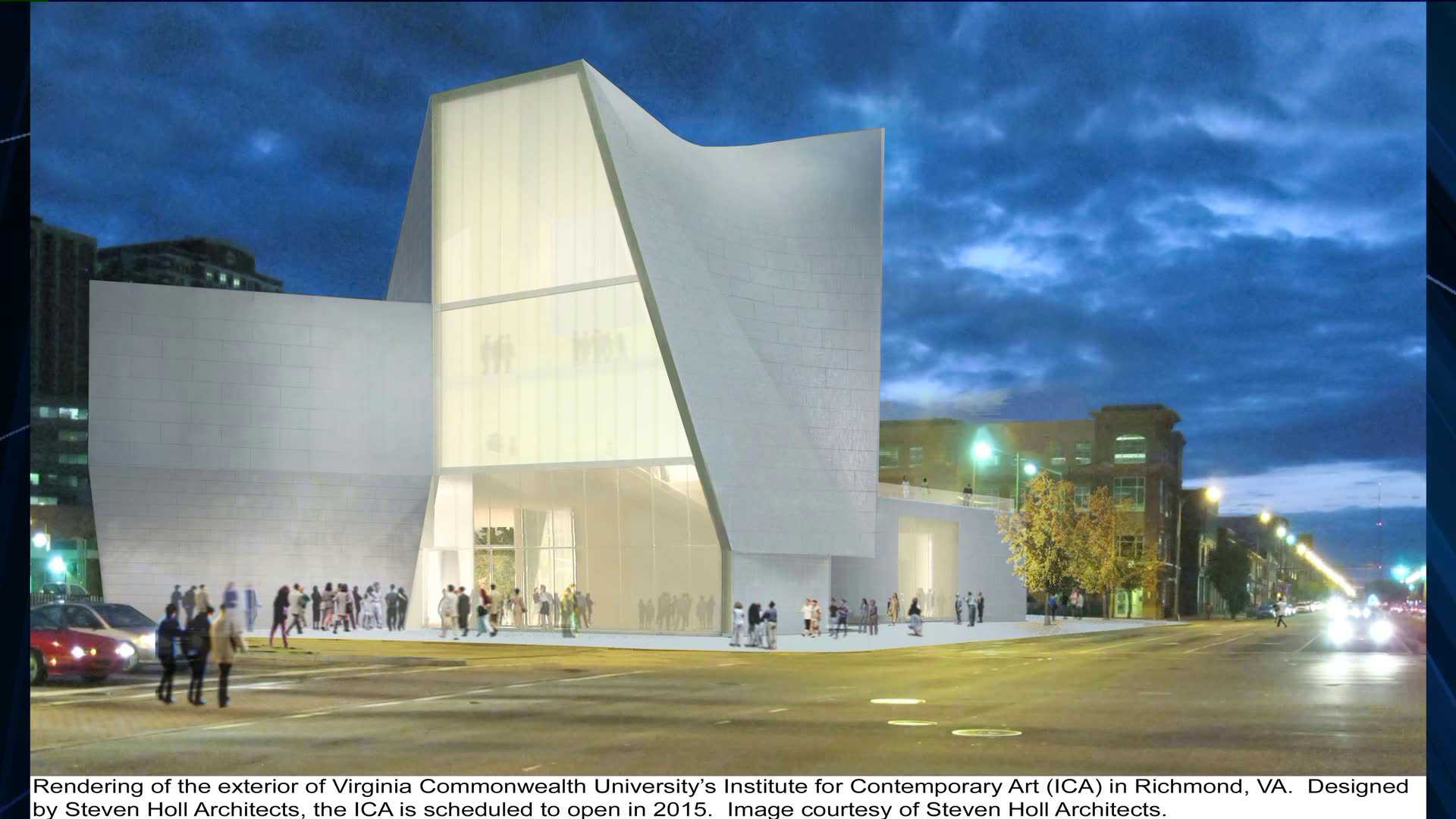