By Ireti Adesanya (Special to WTVR.com)

RICHMOND, Va – It’s an annual ritual on college campuses around the nation. Protesting to legalize drugs and to stop the criminalization of drug users.

The April 20 event of Students for Sensible Drug Policy, an international grassroots organization, has attracted young people all over the world and also here in Richmond to fight against drug policies that they feel encourage discrimination against college students.

April 20, or “4/20” as it is commonly referred to, is associated with rallies calling for the legalization of marijuana. But VCU’s SSDP chapter even called for the legalization and regulation of all drugs at its End the Drug War rally in Monroe Park and to petition for Virginia’s General Assembly to adopt a medical amnesty policy.

People in Virginia caught in possession of marijuana could lose their driver’s license, go to jail up to 12 months and face a class one misdemeanor charge. Those found in possession of heroin or cocaine face felony charges and prison sentences of two to 10 years.

Van Den Hurk cites the Higher Education Act 1998 amendment as a harmful policy. The amendment prevented students from receiving federal aid for up to three years, if convicted of two drug offenses. The act was amended again in 2008 and stipulates that students caught possessing drugs while in school can get their financial aid back, if they pass two unannounced drug tests.

“We see that the harms of drug prohibition are worse than the drug use themselves," said Van Den Hurk, who adds that this group is neither for nor against drug use. But at the event, one speaker lit what appeared to be a marijuana blunt and passed it out to the crowd 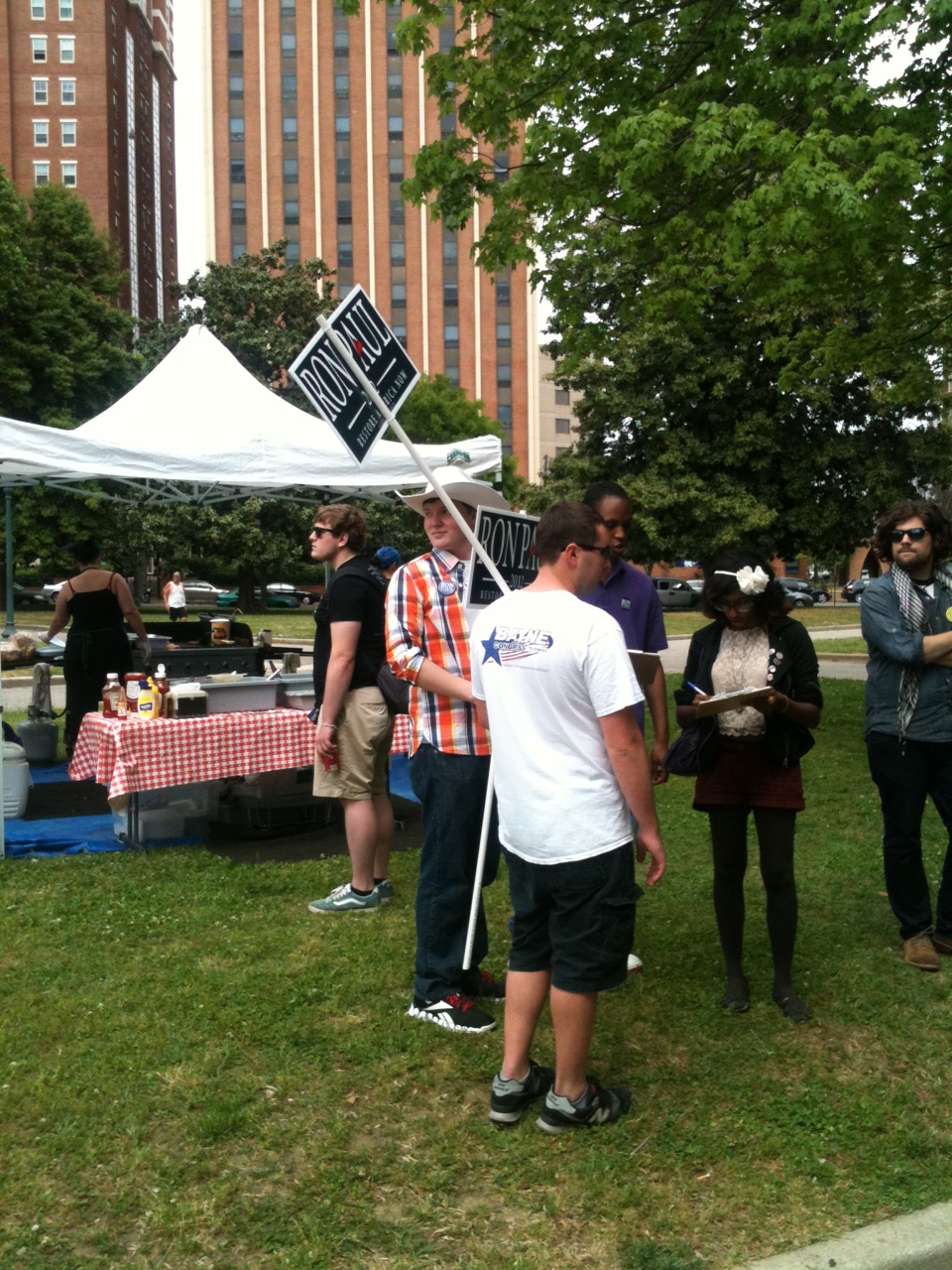 The VCU SSDP is also trying to help students who have been arrested on drug charges after calling 911 to help a friend who suffered a drug overdose.  SSDP promotes a new policy that it hopes will increase 911 calls to save lives.

“Right now, we're working on a statewide campaign for what’s called A Medical Amnesty Policy. This basically provides limited legal protection for people who call 911 for an overdose victim,” said Van Den Hurk. ”What's been found at places like Cornell University is that people's drinking habits remained the same, but 911 calls increased by 50 percent, meaning lives were saved. The VCU administration is not interested in having the policy on our campus, so we are running a statewide campaign.”

While VCU Chief of Police John Venuti declined to be interviewed for this story, he said in a statement that his opinion about any law or attempted legal changes does not matter.

“Once the General Assembly passes a law and the governor signs it into effect, it is my job to enforce it,” said Venuti.

While rally attendee Alica Wolhigh agreed with the event’s goal to legalize and regulate marijuana, she did not agree with SSDP’s mission to have that policy extended to all drugs.

"I don’t support all drug use,” said Wolhigh. “I don’t really use drugs actually, so I’m not really down for all that.”

Richard Kennedy said he was at the event to call out the hypocrisy towards alcohol and tobacco legalization.

“Marijuana doesn’t kill anyone,” Kennedy said. “Government policy that pushes people to use the dangerous drugs and threatens to lock them up if they use the less dangerous drugs doesn’t make sense.”