Fighting cancer, one relay round at a time

RICHMOND, VA – Shaun Kelley has already survived one round of cancer, but is now battling the disease again. To support his own and others’ fight against cancer, he came to VCU’s Relay for Life event on Saturday with his daughter Adrienne Wass and his wife Sue.

The VCU organizers counted more than 50 teams and 505 participants who walked the track one round at a time at West Cary Street. At the end, the organization had raised $37,000 for the American Cancer Society, just short of its annual fundraising goal of $40,000.

Kelley said that his battle with cancer began when he went to the doctor for a sore throat and the doctor discovered a tumor. After having the tumor removed and then biopsied, Kelley learned he also has non-Hodgkin’s lymphoma, which is a cancer that affects the lymph nodes, spleen and other organs of the immune system.

Kimberly Lewis, a senior community manager for the American Cancer Society, said that although VCU’s Relay for Life event only lasted 12 hours from 11 a.m. to 11 p.m., the nationwide organized events usually last a whole day to symbolize a patient’s battle with cancer.

“We normally do it for 24 hours to symbolize their diagnosis, their treatment and then in the morning when the sun rises hopefully they are coming out of the disease. There is no cure, but you know, they are being treated and so they are fighting back against the disease,” Lewis said.

Candace Brown, a junior at VCU and member of the Cancer Awareness Team, said that her mother, who had stomach cancer, lost her battle last August at the age of 49. Brown joined the Cancer Awareness Team, because she realized how important it is to be aware of the different types of cancer. Her mother was diagnosed with cancer when she went to the doctor for another reason. 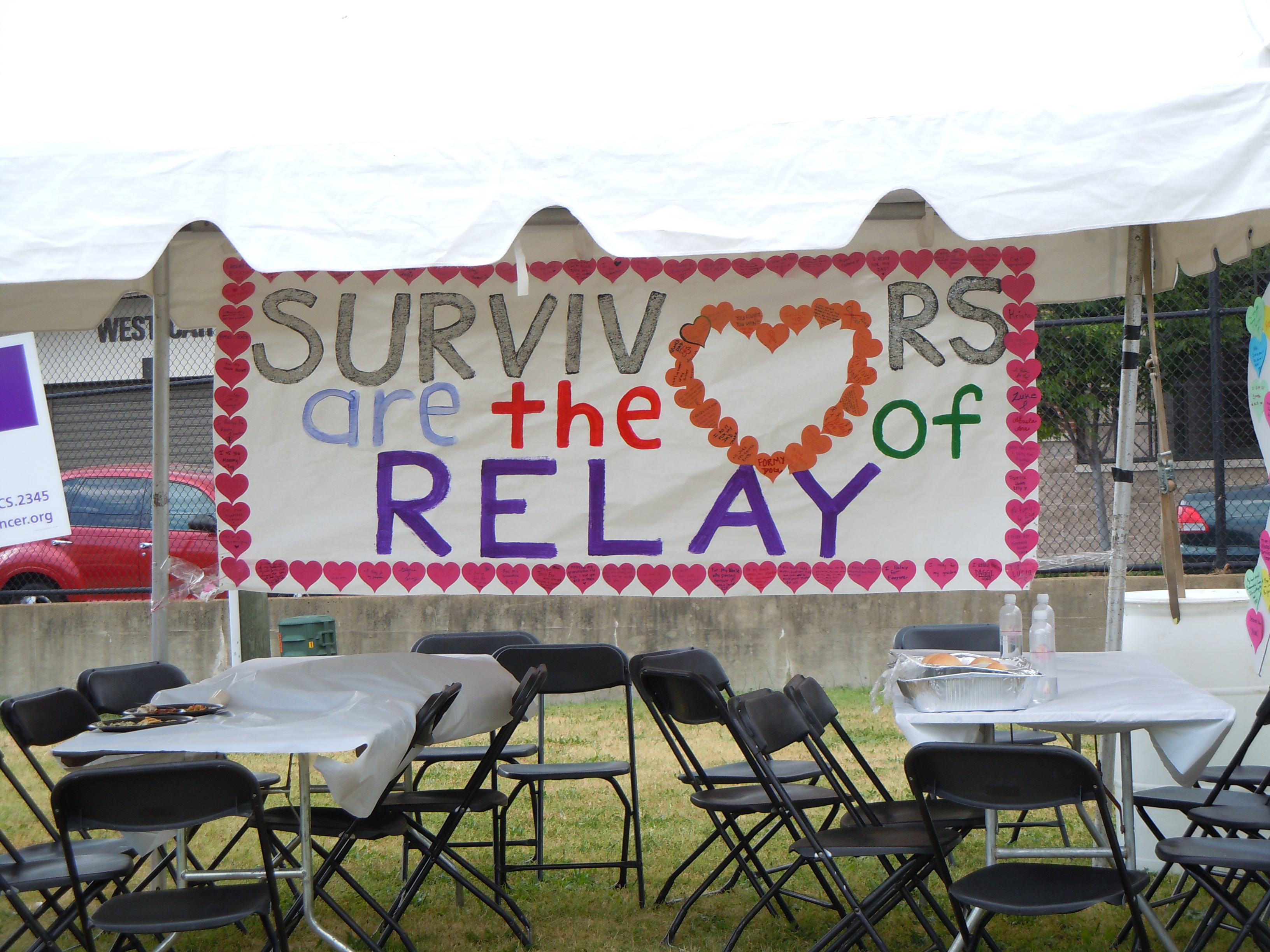 At the last meeting of the Emerging Healthcare Leaders at VCU, students Sean O’Toole said the group discussed their own experiences with friends and family members that have been affected by cancer. O’Toole said he decided to participate in Relay for Life in memory of one of his close friends who passed away after battling leukemia.

Nisan Hubbard, a senior and student researcher at the Massey Cancer Center, said he has been helping research preclinical treatment for about two years now. He too has experienced the loss of a family member to pancreatic cancer.

Lewis said that planning a Relay for Life event is a long process that takes weekly meetings, but stressed how important it is that college students take the time to raise awareness about cancer.

“Well I think it’s always important to start raising awareness about diseases when you’re young, because research shows that cancer normally affects people when they get older,” Lewis said.

Lewis also said that it’s important for young people to know what precautions need to be taken to lower chances of cancer, such as staying fit, eating healthy, wearing sunscreen and not smoking.