Police investigating accident on Rt. 5 exit ramp on I-295

HENRICO, Va. (WTVR) - Virginia State Police and Henrico Police are on scene of a serious accident just off of Interstate 295 in the county's east end.

Sgt. Thomas Molnar with VSP tells CBS 6 that troopers are assisting Henrico officers at the exit ramp for New Market Rd. (Rt. 5) at mile marker 22 on I 295. The accident happened shortly after 3:00 p.m. Saturday.

Lt. Robert Palkovics with HPD tells CBS 6 the call came in at 2:55 p.m. for a multi-vehicle accident on Rt. 5 at I 295. Upon arrival, offices found that the accident involved two motorcycles, now resting in the median of the road.

Both drivers sustained significant injuries, and were taken to VCU Medical Center. Their conditions are unknown at this hour.

Police will remain on the scene investigating for the next couple of hours, so motorists can expect that exit ramp and this part of Rt. 5 to remain closed. 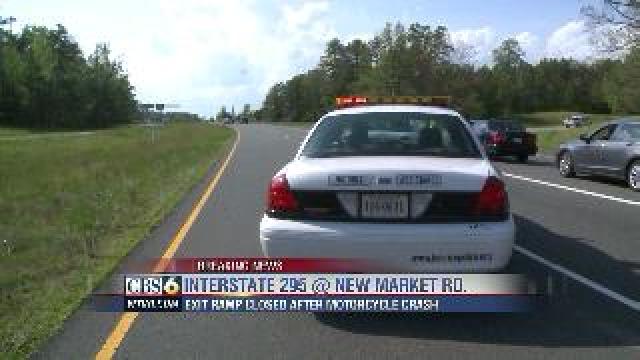