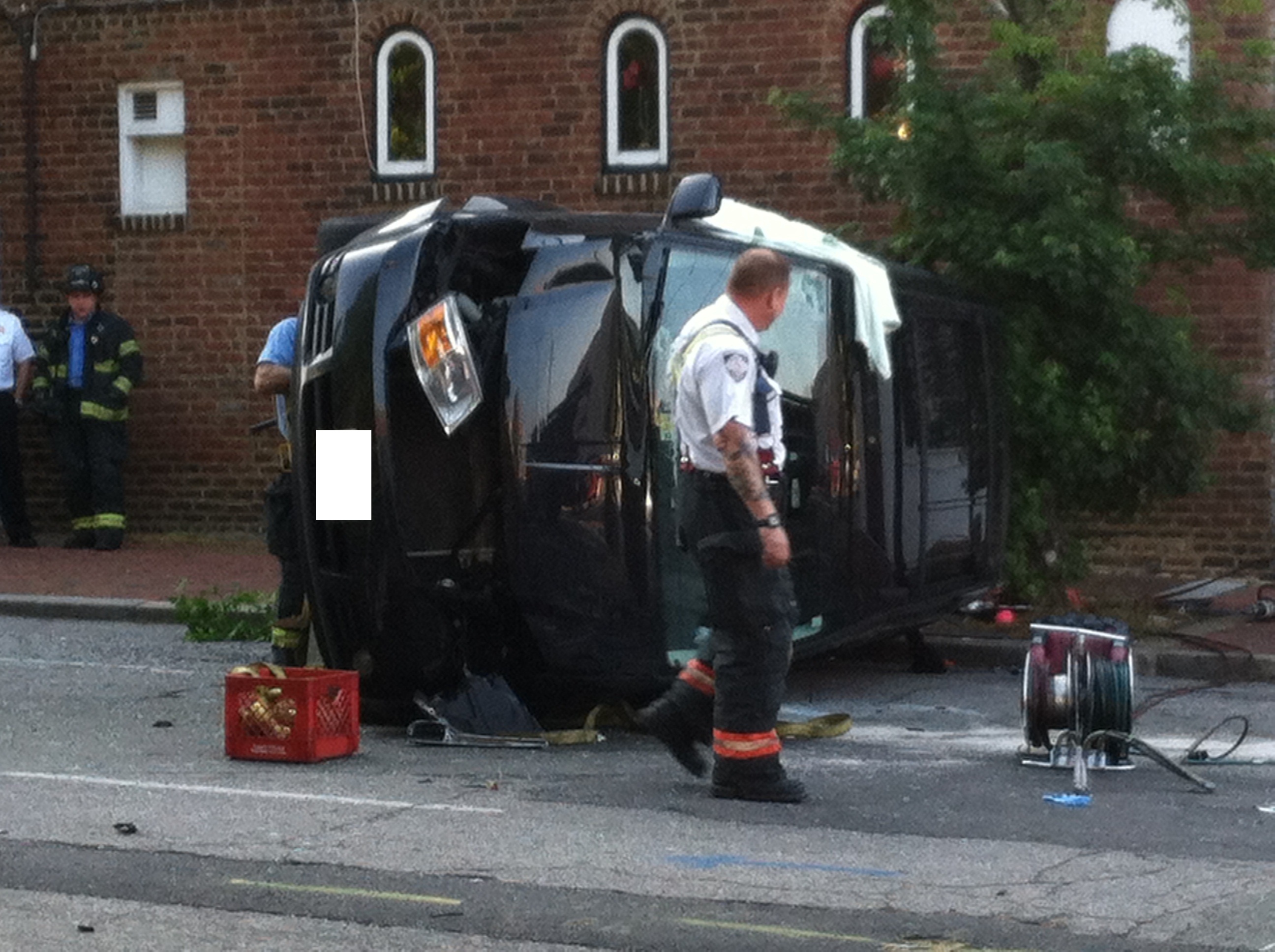 Officials said it happened just before 8 a.m. when a vehicle traveling Westbound on E. Main Street disregarded a red light and hit a van traveling North on North 2nd.

The van flipped and landed on the driver’s side, before the Honda hit a second vehicle also on North 2nd.

Police said the driver of the Honda, 70-year-old Karen Moore, of North Carolina, was charged with disregarding a red light.

The accident had traffic backed up in the area for much of the morning.