Amid concerns that North Korea will try to recover from the embarrassing failure with a nuclear test or military move, a spokesman for U.N. Secretary-General Ban Ki-moon warned the secretive country’s regime not to “undertake further provocative actions that will heighten tension in the region.” 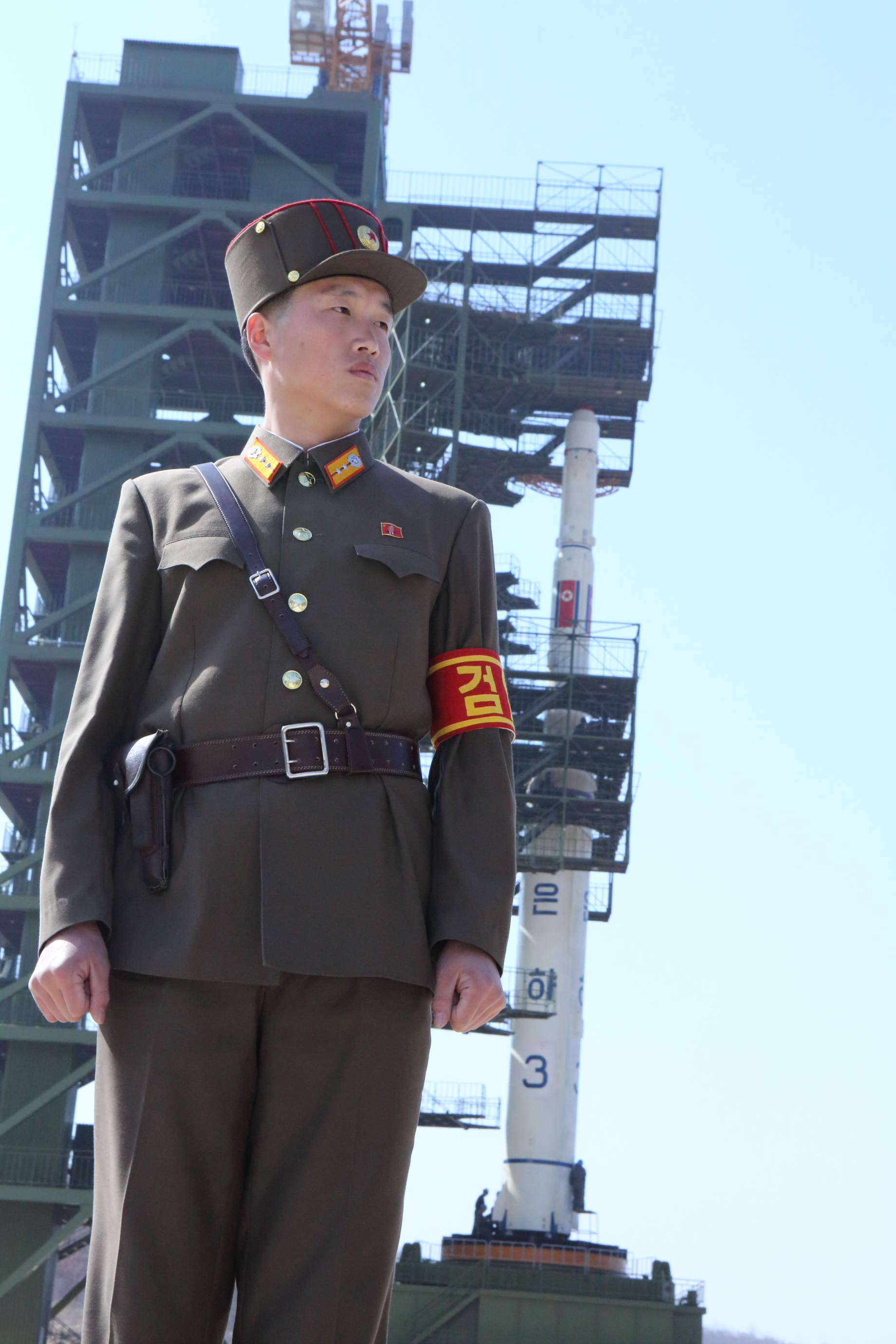 The missile launch was heralded by North Korea as “an inspiring deed and an event of historic significance.” The missile broke apart shortly after launch Friday morning, then fell into the ocean.

North Korea said the missile was designed to carry an observation satellite into orbit. But the United States, South Korea and Japan said that was a cover for a long-range ballistic missile test.

The launch drew condemnation from United States and countries in the region, as well as an unusual admission of failure from Pyongyang. The normally secretive regime has previously insisted that failed launches had actually been successful.

“Scientists, technicians and experts are now looking into the cause of the failure,” the official Korean Central News Agency said in a report, which was also read out in a news broadcast on state-run television.

North Korea had made much of the launch, which coincided with celebrations surrounding the 100th anniversary of the birth of its late founding leader, Kim Il-sung.

The regime had invited journalists and space experts from around the world to view the launch pad and the purported satellite.

North Korea has staged nuclear tests or other events after previous missile-test failures, according to analysts. A South Korean defense ministry official told reporters Friday that another missile and a nuclear test are “highly probable.”

A spokesman from the South Korean Defense Ministry said that Seoul was “keeping a close eye on the possibility of North Korea conducting a nuclear test” and that the South Korean military was “fortifying its stance.”

North Korea’s leadership will likely feel pressure to do something to regain face after such a public humiliation, said said Rory Medcalf, program director of international security at the Lowy Institute — a think tank in Sydney, Australia.

“Given the technology failure on such an important occasion on the 100th anniversary of Kim Il-sung, and given the failure of the symbolism of that, there’s perhaps a need to compensate in some way,” Medcalf said.

“I wouldn’t exaggerate it, but the chance of a nuclear test this year is now higher than it was yesterday,” he said.

The U.N. Security Council will meet Friday on the launch, two U.N. diplomats and a U.S. official told CNN. The meeting had previously been scheduled, U.S. officials said.

Before the launch,, diplomats had warned that Pyongyang would face further isolation if it went ahead.

The U.S. official said that, despite the launch’s failure, “it will not change our response.”

The last time Pyongyang carried out what it described as a satellite launch, in April 2009, the U.N. Security Council condemned the action and demanded that it not be repeated.

That rocket traveled 2,300 miles before its third stage fell into the Pacific Ocean. And in 2006, a missile failed after about 40 seconds in flight.

The statement added, “North Korea is only further isolating itself by engaging in provocative acts.”

The Obama administration says the launch prevents the United States from following through on a deal reached in February to provide much needed food aid to North Korea.

“U.S. delivery of food aid is contingent on our ability to monitor the delivery of that assistance so it goes to North Korea people who are starving and not to elites or the military,” a senior administration official said. “North Korea’s provocations make it impossible to have confidence that those monitoring-agreements can be implemented.”

Noriyuki Shikata, a spokesman for Japanese Prime Minister Yoshihiko Noda, said the international ramifications could be significant. “This is something that we think is a regrettable development,” he said.

“Our government strongly criticizes their action,” said South Korean Minister of Foreign Affairs Kim Sung-hwan. “They have ignored the starvation of their people and spent money on missiles. It is very unfortunate.”

Vitaly Churkin, Russia’s U.N. ambassador, said before the launch that Security Council members didn’t have a “clear agreement” about what steps to take if the launch were to go ahead. “But one thing I can tell you: We have unanimity of understanding that if it were to happen, that would be a clear violation of two Security Council resolutions.”

Following the rocket’s failure, China, the closest ally of North Korea, urged the parties involved to “remain calm and exercise restraint, and not do anything that would harm the peace and stability of the peninsula,” according to a statement posted on the website of the Ministry of Foreign Affairs.

The rocket took off at 7:38 a.m. on Friday. It broke into two parts after about two minutes, according to the South Korean Defense Ministry.

About six minutes later, the two sections of the rocket separated into smaller pieces, which dropped into the sea, the ministry said.

“Initial indications are that the first stage of the missile fell into the sea 165 km west of Seoul, South Korea,” they said in a news release. “The remaining stages were assessed to have failed and no debris fell on land. At no time were the missile or the resultant debris a threat.”

The debris is spread over an area about 20 kilometers (12 miles) long, said Kim Kwan-jin, the South Korean defense minister.

South Korea, which has criticized the launch as a “grave provocation,” said it was searching the waters near where the rocket fell for debris — a chance to gain insights into the North’s technology.

Joseph Cirincione, president of the global security foundation The Ploughshares Fund, said that the launch’s apparent failure “shows the weakness of the North Korea missile program.”

“It’s a humiliation,” he said. “I wouldn’t want to be a North Korean rocket scientist today.”

The rocket’s short, fruitless flight soothed some concerns among North Korea’s neighbors, which had feared parts of the projectile could threaten their territory. But the failure continues to raise questions about Pyongyang’s next move.

A recent report from South Korean intelligence officials said that North Korea is planning a new nuclear test in the area where it staged previous atomic blasts.

The South Korean intelligence report noted that the two previous rocket launches that Pyongyang said were intended to put satellites into orbit were followed a few weeks or months later by nuclear tests.

“Often when they’ve had failures of this kind, they reach into their bag and find other things to do,” said Christopher Hill, a former lead U.S. negotiator at talks over the North Korean nuclear program who now teaches at the University of Denver. “And so I would be concerned about the potential of an actual nuclear test coming up.”

The launch Friday came amid North Korean preparations to mark the 100th anniversary of the birth of Kim Il Sung, the founder of North Korea who ruled the Communist state for more than four decades. His birthday on April 15, known as the “Day of the Sun,” is a key public holiday.

Korean television showed a somber Kim standing beneath two towering statues of his grandfather and his late father, Kim Jong Il, while receiving applause from party functionaries and the military. Kim Jong Il was given the title of “eternal general secretary” of the Workers’ Party, while Kim Jong Un was named the party’s first secretary.