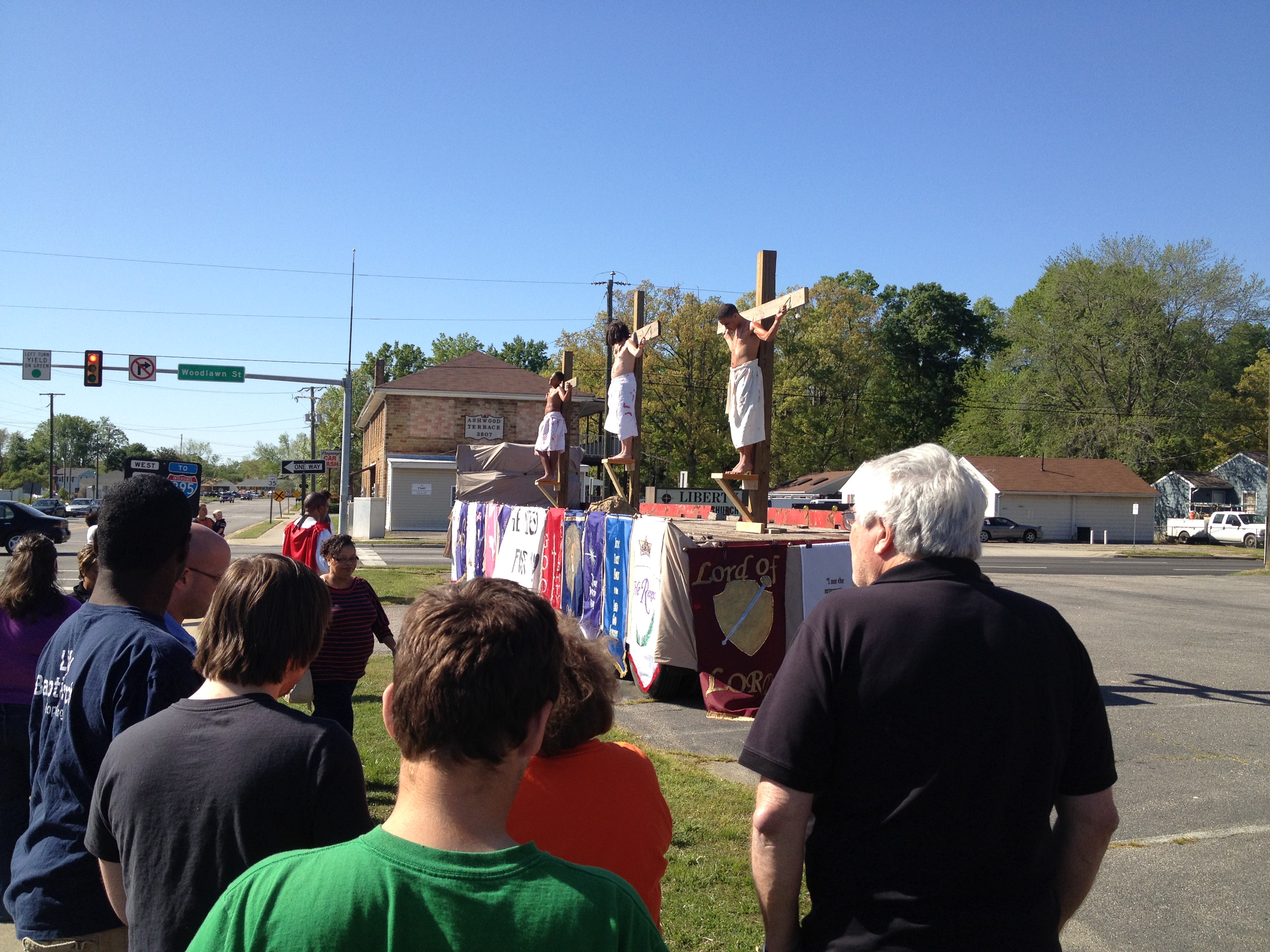 HOPEWELL, Va. (WTVR) – A Virginia church drew a crowd to its parking lot Saturday with an Easter display that included church volunteers hanging from crosses.

Liberty Baptist Church in Hopewell, Virginia mounted the large crosses to a flatbed trailer to help portray the Bible’s depiction of Jesus Christ and the two thieves on the cross, according to CBS 6 viewer Michael Campbell, who also provided pictures of the display.

Campbell said the event took place in the church’s parking lot at the corner of Ashland Avenue and Woodlawn Street.

Liberty Baptist Church pastor Phil Andrews told Campbell the church had been planning this display for more than a year.

“It’s a way to reach out to the community, something that everybody could come out and see,” said Andrews.

The idea for these wooden crosses came from Cindy Powroznik, a church member who saw a similar display in Matthews County, according to Campbell.

“So many people have said that this has made their Easter, seeing the real meaning behind Easter,” Powroznik told Campbell.

The volunteers on the crosses were excited to take part in the Easter display.

Church member David Mayo said it was hard on his body hanging on the cross and dealing with the elements, but he was happy to do it and would do it again.

(CBS 6 viewer Michael Campbell contributed to this report — send news from your community to newstips@wtvr.com)