Click the photo above to check out the CBS 6 Facebook page Timeline. Make sure to look under milestones for links to our Video Vault collection -- and other neat treats.

(CNN) – It’s one of the most polarizing issues among people today. It’s drawn online protests and immense frustration. And once you’ve formed an opinion about it, it’s hard to change your mind.

Nope, it’s not the 2012 election. It’s another Facebook redesign.

Facebook Timeline, currently rolling out to all users, is one of the biggest design changes in the site’s eight-year history. Timeline, an interface that encourages users to make Facebook a kind of online scrapbook of their lives, has been optional for all accounts since December. [POLL: Do you like the new Facebook Timeline?]

Timeline features larger “wall” photos and a huge cover photo in addition to a profile picture, and it emphasizes major life events.

Timeline has plenty of naysayers, who say they think the new layout is confusing and reveals too much personal information. But among fans, the larger photos and ability to navigate events by year are some of the favorite features.

And they’re taking advantage of those features. The last time Facebook redesigned its profiles to include more photos, artists got creative, and they did it again again with Timeline.

Whatever your opinion of the new site, you’re sure to appreciate the imagination and originality of the Facebook users featured in the gallery above. 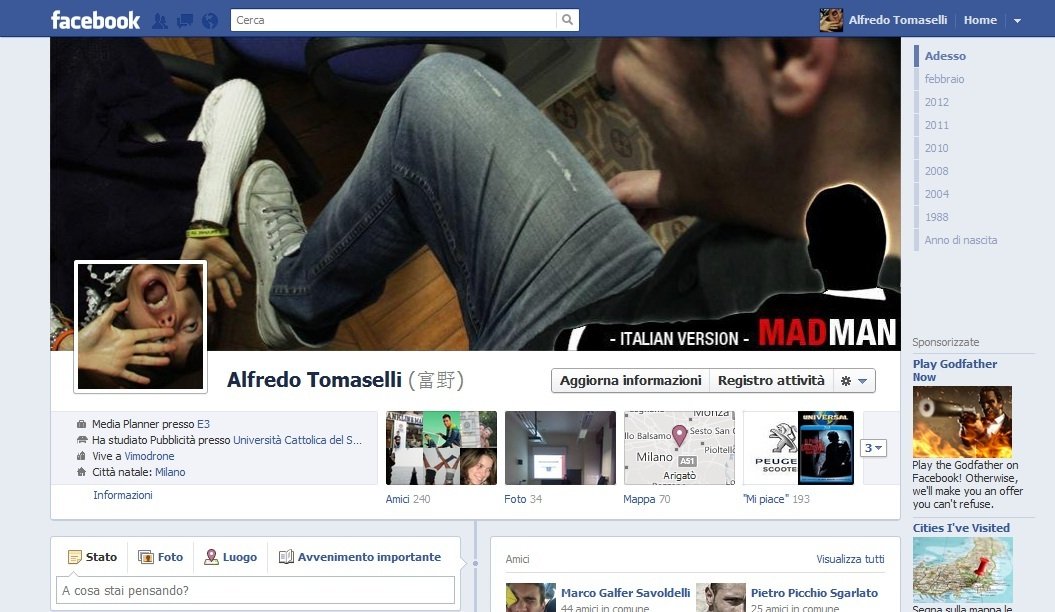