CHESTERFIELD COUNTY, Va. (WTVR) – The driver of an ice cream truck that slammed head-on into a school bus said he swerved into on-coming truck to avoid hitting a car in front of him.

"A lady slammed on her brakes and to avoid hitting her I tried to swerve," said ice cream truck driver Jemel Murphy. "Unfortunately there was on-coming traffic."

Bus number 527 was carrying 24 students from Midlothian High School. The seven students and the driver of the ice cream truck were taken to St. Francis Medical Center.

Chesterfield County Public Schools' Shawn Smith said all of the parents of the students on the bus received a message from the school about the accident.

Those kids were also late getting home since they had to be taken home on a another bus. 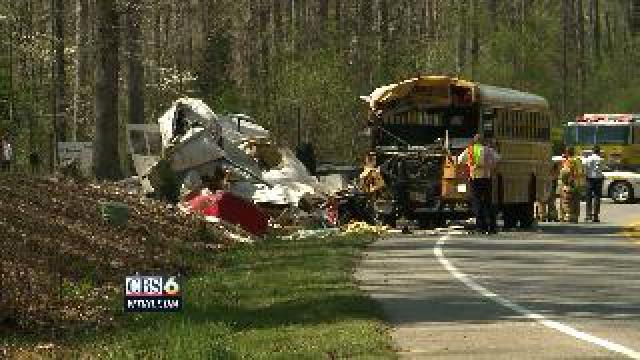