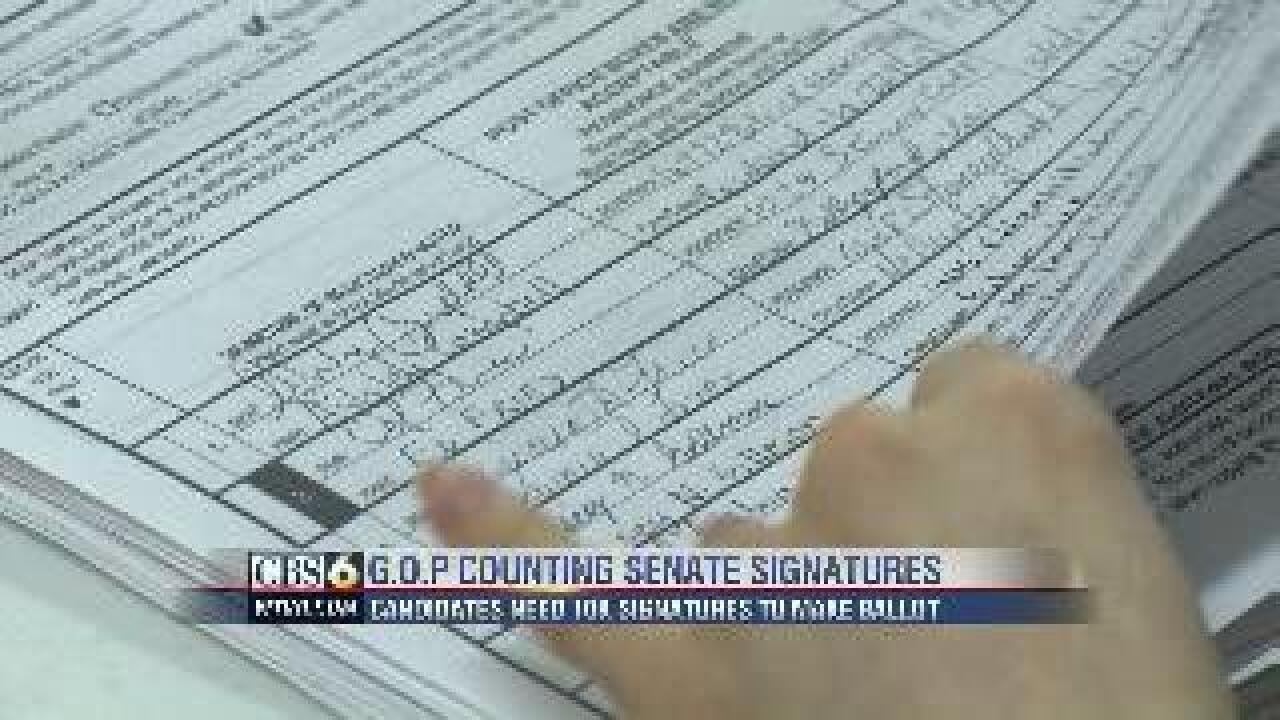 UPDATE: Former Senator George Allen, State Delegate Bob Marshall, and Tea Party Activist Jamie Radtke have been certified as candidates for the June 12th primary. Their names will appear on the ballot.

E.W. Jackson also submitted 11,188 signatures, but those are still being verified.

Former Governor Tim Kaine is the Democrat’s nominee for Senate, and there will not be a Democratic primary.

RICHMOND, VA (WTVR) - Yesterday was the deadline for filing nominating petitions for the Republican U.S. senate primary. Today the Republican Party of Virginia began the meticulous process of making sure each candidate has submitted the required number of signatures.

In Virginia, candidates must submit the signatures of 10,000 Commonwealth residents, with at least 600 coming from each congressional district. The statute gained national attention when four of six G.O.presidential candidates failed to meet the requirement, and did not make it onto state's primary ballot.

"We want to be sure that the candidates have actually turned in 10,000," said RPV Communications Director Garren Shipley. "Somebody might have made a mistake in counting.  Somebody might have double counted a congressional district."

"What we want to do is be sure they have 10,000 because it does take a lot of volunteers to verify these."

Candidates are automatically approved if they submit 15,00 or more signatures. For candidates that submit between 10,000 and 15,00, each signature is verified.

CBS 6 will update this page as the RPV announces the approval or rejection of each candidate's petition.

This past Monday the Democratic Party of Virginia accepted more than 30,00 signatures filed by former governor Tim Kaine.

He's the only Democrat to submit petitions, so once the signatures are officially verified the Democratic Party of Virginia will cancel the primary and declare him the nominee for the November election.

All of the candidates are vying for the seat of Democratic Senator Jim Webb who decided not to seek a second term.