The technical support office is second to the headquarters in New York.

By Annie Cocke and Katelyn Tatti (Special to WTVR.com)

RICHMOND, Va. – The popular blogging platform Tumblr is not only expanding at rapid speed globally, but also right here in Richmond. The Tumblr support service team that handles requests from users worldwide just had to move to a bigger office in the Corrugated Box Building in the Old Manchester District.

“I think that the new office is a symbol for the growth of both Tumblr and the Richmond technological community. We’re looking forward to using the new office not only as a place where we can work, but as a place to engage with the Richmond community,” said Renee Perron, the community manager at the Richmond office. “Our New York office regularly hosts gatherings, featuring Tumblr users from the city, and we’d love to do the same here.” 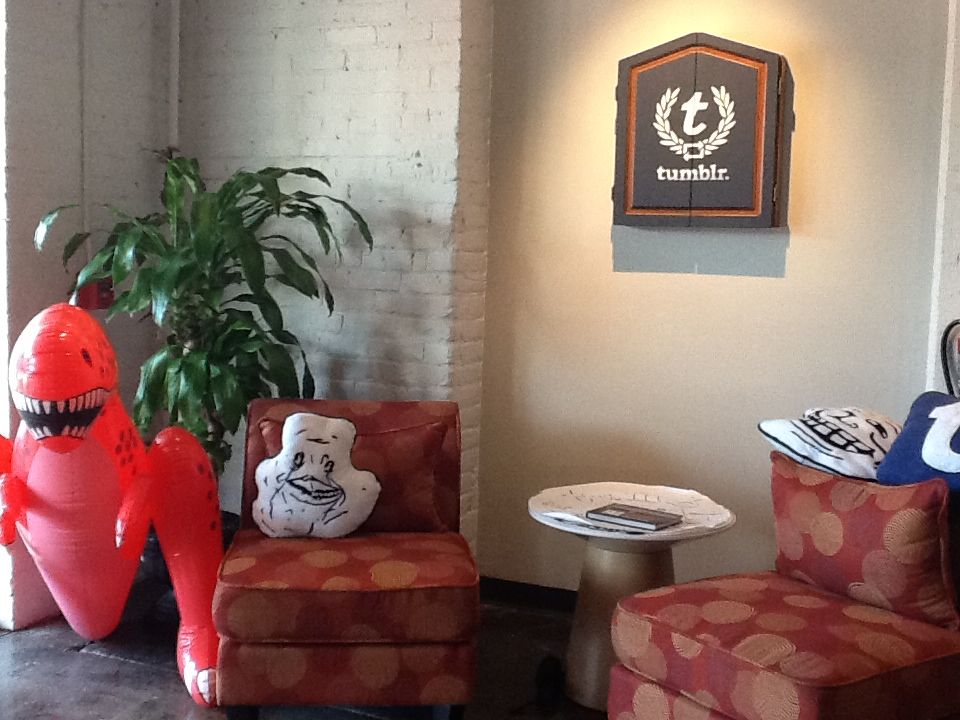 Perron said the new office provides ample room for new staff as well as giving more space for meetings and events. Tim Kaine, former Virginia governor and current U.S. Senate candidate, already visited the new office this week and Tumblr founder and CEO David Karp will fly down from New York to meet with his Richmond team at the beginning of next week.

Tumblr’s first local office opened its doors in early 2011. It quickly outgrew the space as Tumblr expanded quickly. The company had to lease a large, 4,400 square feet office space in the same building earlier this month. In just this one year, the local Tumblr team grew from eight to 29 employees.

“While our support employees are all currently living in Richmond, they’re from all over the world. Tumblr as a company is primarily based in New York, but we also have several consultants across the country and overseas,” said Perron, who added that the New York headquarters have around 70 employees.

Tumblr currently has more than 49 million active blogs and 52 million posts a day. It is one of the largest social media platforms behind the juggernauts Facebook and Twitter. Its founder Karp, 25, is considered one most important young innovators in the world right now. He is scheduled to speak at a sold-out event with more than 200 guests at VCU’s School of Mass Communications on Monday evening to outline the vision for his company and social media.

Karp hired his first employee in Richmond in 2007. Marc LaFountain, who now leads the support team here as Tumblr’s community director, started to build the Richmond operation out of his own living room. He slowly began to hire more employees who were working out of their homes as well.

With its staggering growth, Tumblr has also helped Richmond to become a hub for blogging and social media.

“Tumblr is growing in usages and popularity, so it’s only natural that the company would need to expand. I wouldn’t see them going anywhere else because of the talent of people that live in Richmond,” said local blogger Brian McDaniel, who runs the fashion and lifestyle blog “Dirty Richmond” on Tumblr. “I think having the office here brings awareness to our humble city to people on the outside. With this attention, hopefully more companies will relocate or open branch offices here, because of the many benefits that Richmond has to offer its employees.”

“As a platform, Tumblr has a way of creating a sense of community in a unique way that other blog services failed to do so before,” McDaniel added.

The next chance to mingle with the local Tumblr crew is on the evening of April 10 at a Meetup at the Glave Kocen Gallery on West Main Street.