RICHMOND, Va. (WTVR) – Some folks in one Richmond neighborhood are fed up people dumping trash and junk at a site near the Shockoe Valley Bridge.

Debris litters a lot filled with more than 50 tires, some old sofas, kids toys and even a set of encyclopedias.

David Roberson is baffled by the makeshift dumpsite next to the warehouse he works in on Valley Road.

Roberson said he has worked there for 28 years, and for much of that time, the lot has been a dumping ground.

"It's been cleaned up once or twice that i'm aware of, that's it," he said.

Additionally, Roberson said he has seen raccoons, and rats that are as big as cats that come out at night.

That is also when Roberson believes most of the dumping occurs.

Norvelle Young, who lives not too far away, said he has seen people dumping stuff at the lot.

"It's a bad thing, but as soon as you say something to them, they get an attitude," said Young. "Wanna grab a gun, shoot you just for saying something."

People who work and live near the site said they had given up hope, but want to know who's responsible for cleanup – and who owns the lot.

"I feel if you don't complain to the city, they won't participate," said Barbara Alexander. "If it's the city, get on the job [and] do what need to do..."

City spokesperson Mike Wallace said Cardinal Transportation leases that land from VDOT and that the company will be cited.   Wallace also said this is first complaint they have had about the dumping and that the city will monitor the site from now on.

Do you know of spot where folks are dumping things illegally? Is this a problem near where you live? 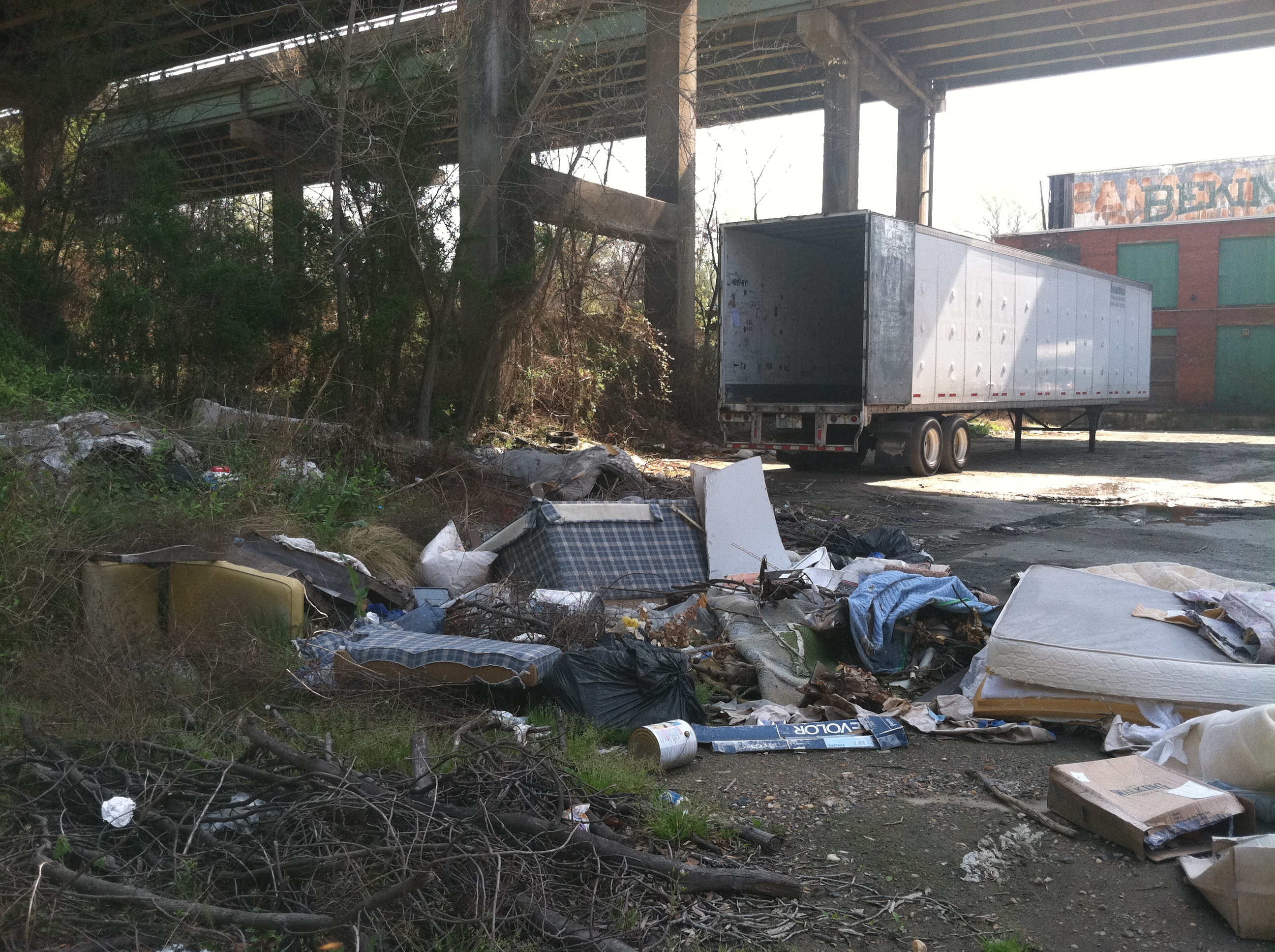