About to hatch, Richmond bald eagle chicks face many threats

By Manhatten Royal and Samra Khawaja (Special to WTVR.com)

RICHMOND, Va. – Thousands of Richmonders are tuning in to get a bird’s-eye view of the pair of bald eagles nesting along the James River. And of course locals wait anxiously for the eagle chicks to hatch. [Click for Richmond Eagle Cam]

In efforts to conserve the local eagle population, the Center of Conservation Biology set up the video surveillance system on top of the eagle’s nest to study them as well as the threats that they face.

According to Cathy Viverette, a researcher at VCU’s Center for Environmental Studies, bald eagles are especially at risk during the sensitive time of breading.

While Richmond’s bald eagle population has been rebuilding, researchers like Viverette are especially concerned about chemicals such as PCBs and PBDEs.

“It’s something that you constantly have to monitor and that’s why this long term monitoring the center is doing is so important,” said Viverette, who also stressed that the locations eagles choose to nest can be hazardous. To protect the bird from harm, the exact location of the camera project on a private property near the James River has not been disclosed.

“Eagles are sensitive to human disturbance,” said Viverette. “There is not as much forested habitat in the city of Richmond.”

Giving the birds space to live and breed is essential in keeping them away from danger. But while too much human interaction could be a threat, the surveillance cameras are not threatening the chicks, said Viverette.

“The number one reason they get injured is because of cars,” said Jennifer Williams, senior animal keeper at Maymont. “It’s also because loss of habitat and territory.”

Eagles from the Chesapeake area that have been injured and cannot live in the wild are sent to rehabilitate at Maymont. According to Williams, the greatest contribution humans can make to keep the eagles from danger is to stop encouraging them to the roads by offering food.

“If a species is in decline, you don’t want to lose any of them,” Williams said.

As ideal places for breeding are limited in Richmond, researchers are starting to notice patterns of the eagles moving west. The Virginia Department of Game and Inland Fisheries has conducted surveys east of the city, but found that the eagle population is shifting towards Powhatan and Goochland counties.

“The eagles are really having to push to different parts of the state because there are so many nests” in the region, VDGIF wildlife biologist Brian Moyer said.

But researchers are also discovering that the birds are adapting to areas that most would not expect.

“Eagle nests in general are thought to be kind of in these pristine areas and isolated woodlots where it’s real difficult to see them. But more and more eagles are starting to nest in urban areas and suburban areas,” said Libby Mojica, a research wildlife biologist at the Center of Conservation Biology.

Eagles are creating nesting areas in places as close as backyards and airports. While people who regularly live and work around these areas are warned to take precautions, they are also advised to continue with their normal routines as the eagles have already started to adapt to the surrounding.

“If eagles moves to your backyard, that means they've become somewhat acclimated to humans,” said Moyer. She said that projects like the surveillance camera at the James River and close observations by researchers contribute to the effort to study and protect these birds from unnatural harm, so that the bald eagles will continue to breed for decades to come. 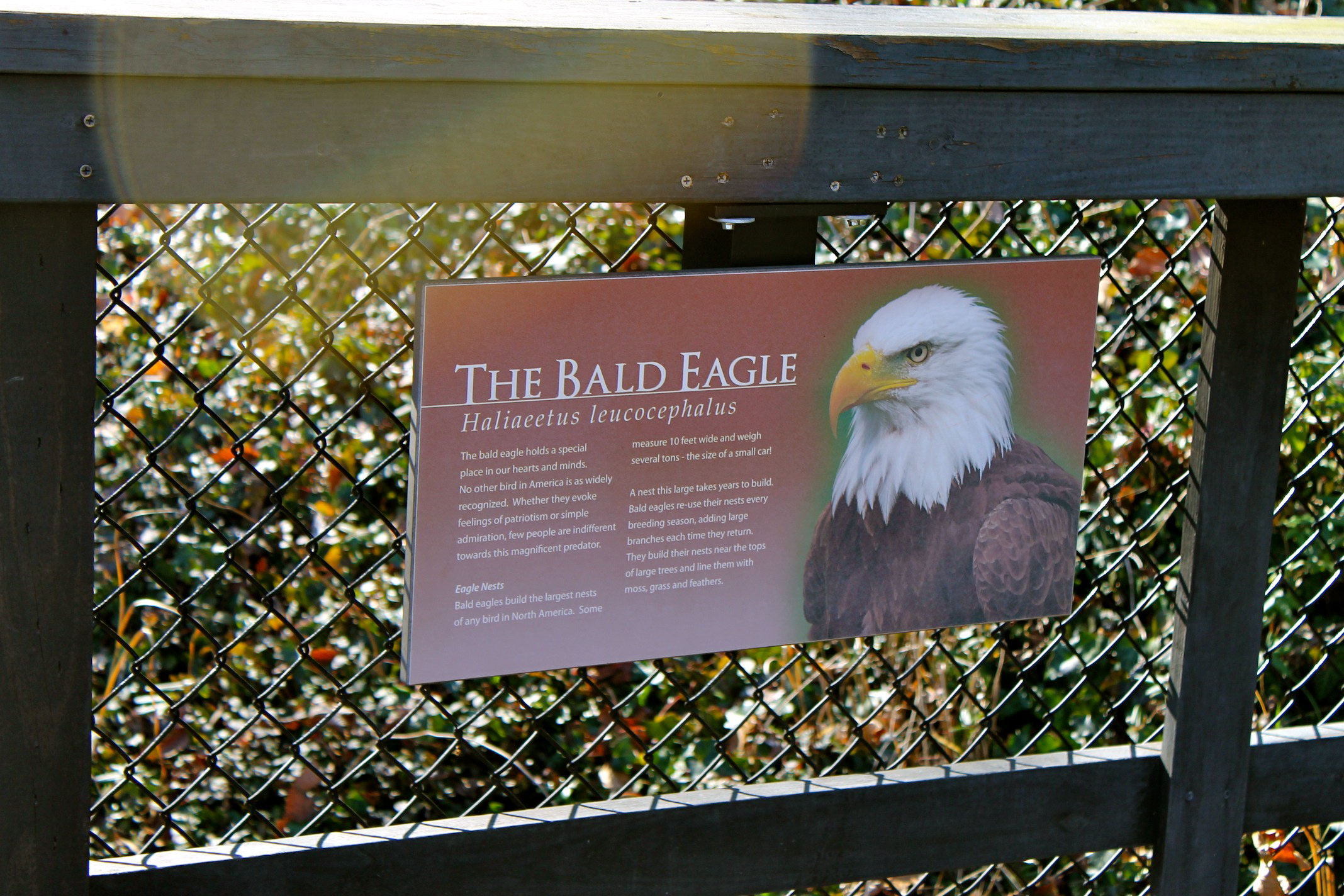