RICHMOND, Va. (WTVR) - A crowd of mothers and children has gathered at the Virginia State Capitol in downtown Richmond.

Today's event comes less than a week after police arrested more than 30 protestors who rallied on the Capitol steps against bills they said violated women's rights. [Click here to read more]
"I'm really past the phase of my life when this kind of issue really applies to my body but it applies to my daughter's body and all the other women,” Katie Hornung.

Dozens of women descended on the steps of the South Portico to teach kids about women's rights and civil disobedience.

"As these decisions come down,” said Patience Salgado, “it's even more and more inspiration for us to gather together and stand up for the things that we care about and things that we believe in."

This demonstration comes on International Women's day and one day after the Governor signed legislation requiring women to have an abdominal ultrasound before getting an abortion.

"It's probably good for Women's Rights groups that he signed it because if he suddenly said I want to listen to what people are saying.  He might have looked a little more demoncratic,” said Hornung.

Thursday's "picnic-in" at the Capitol was a far cry from the recent scene.

When State police confronted protestors Saturday in full riot gear during a rally held at the Bell Tower.

31 people were arrested for trespassing on another area of the Capitol.

A disturbing image for some mothers and their kids.

"When I showed them some of the pictures,” said Hornung, “they were actually worried about sitting on the stairs."

And while Capitol police were nearby, this event didn't create much controversy, but it did send a message.

"This isn't over.  And I think what you're going to see is a real awakening of women who are going to get out there and be very politcally active,” said Leslie Lytle.

"While I'm saddened that the Governor signed the bill, I'm glad because it's prompting women to step up," said another.

Besa said the group did not secure a protest permit for today's event because they were told any and all are free to picnic on the capitol grounds. 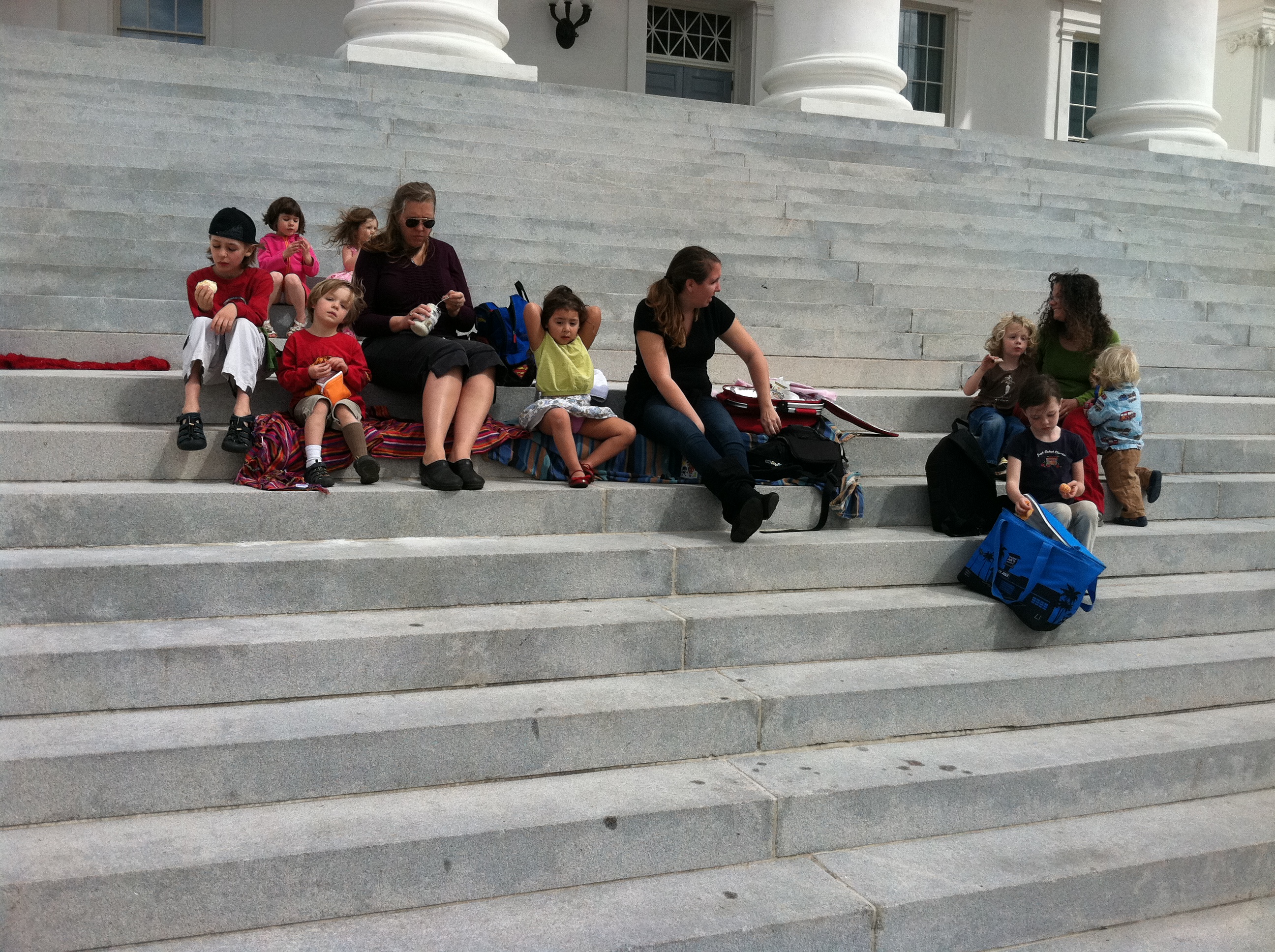