RICHMOND, Va. (WTVR) - Protestors wanted to greet Virginia Governor Bob McDonnell Tuesday morning at his polling place in downtown Richmond. But the Governor arrived early at his precinct and avoided the protest.

"I'm glad people want to come out and express their views," said Governor McDonnell.  "I encourage democracy as long as it's done in an orderly way."

The protestors, who assembled outside Main Street Station about an hour after the Governor voted in today's Republican primary, are upset with a bill recently passed in the Virginia General Assembly that would require a woman to undergo an ultrasound prior to getting an abortion.

"I want the state and everybody, including all the politicians to know that women are people," said protester Frances Broaddus-Crutchfield.  "We deserve the right to make medical decisions with our doctors for our bodies, and that no one has the right  to impose these things upon us."

Governor McDonnell said he would sign the so-called ultrasound abortion bill into law after state lawmakers made some changes to the original bill, which they did prior to its passage.

The Governor's Office said Governor McDonnell moved up his voting time due to other obligations he had scheduled later in the morning. 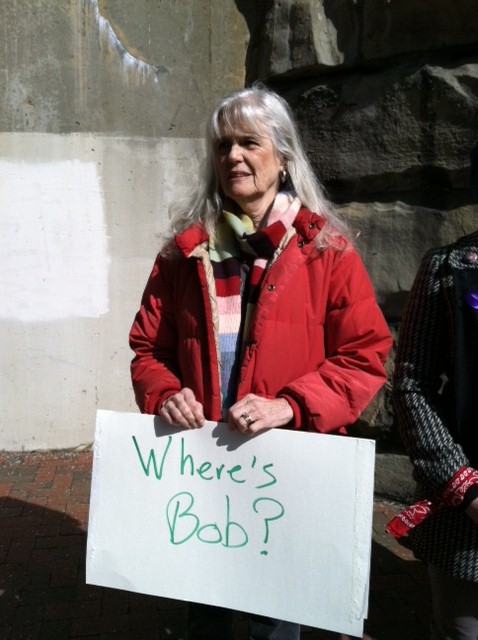