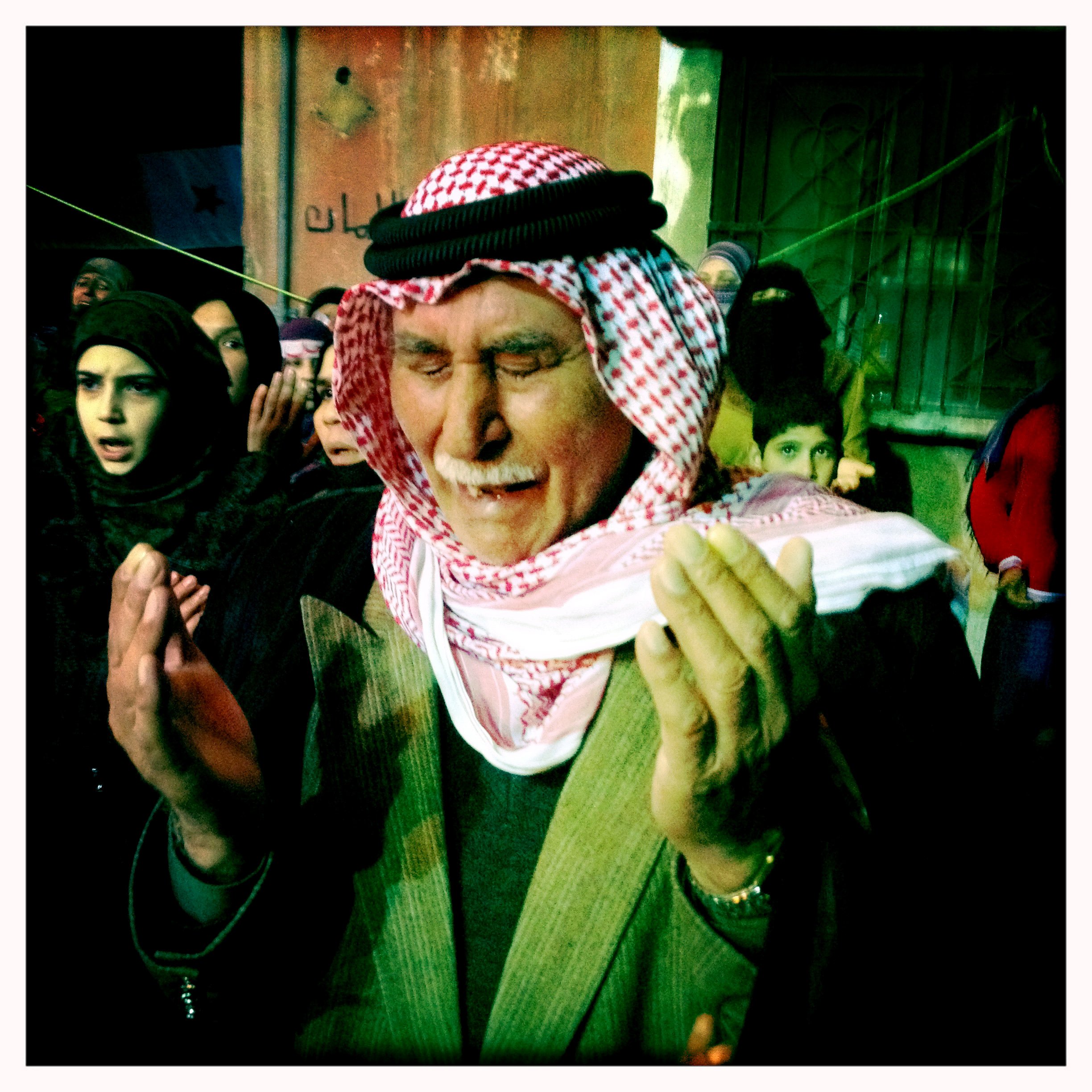 (CNN) – Syria endured more bloodshed and misery Saturday as regime shelling persisted in Homs and a car bomb exploded in Daraa, where the anti-government uprising was born last year.

“Where is the free world?” said opposition activist Sami Ibrahim, describing a dire humanitarian crisis in the city of Homs and crying for international help. “The situation is very bad.”

She said there was shelling in the neighborhoods of Bab Tadmur and Jib al-Jandali, and mortars were targeting Ashira.

Food is hard to get and electricity is cut off, she said. There’s no water in most areas and civilians are using melted snow and rain water for drinking. Snipers are blanketing the city and corridors in and out “are nearly closed off completely.”

“The medical situation continues to deteriorate and is catastrophic, and all kinds of medicine have run out from field hospitals,” Moussa said.

The Syrian government has been using all of its might to shut down anti-government protests for nearly a year. It has directed its firepower lately on Homs, where many neighborhoods are bastions of the tenacious opposition.

Much of the recent attention has focused on Baba Amr, a neighborhood of five square miles (eight square kilometers) that endured nearly a month of shelling before rebel forces announced a “tactical retreat” on Thursday.

The International Committee of the Red Cross has been trying to enter the devastated neighborhood for days.

On Thursday, Syrian authorities granted teams from the Red Cross and Syrian Arab Red Crescent Society permission to enter; but on Friday, the ambulances and aid workers carrying food and medical supplies were turned away.

The state-run Syrian Arab News Agency reported Saturday that authorities “restored security and safety” to Baba Amr after ousting “armed terrorist groups who ran amok in it and committed murder and vandalism, turning the locals’ life into a living hell.”

State TV quoted a resident saying “terrorists” used rocket-propelled grenades and mortars and many of them were foreigners.

“There were Saudis, Qataris, Emiratis, Libyans and others. There were all kinds of nationalities, they didn’t have mustaches, just long beards. They were masked. They blocked the streets, stopped us at checkpoints. It was true terror by all means. They had snipers allover. They destroyed the houses. The terrorists forced us to go out and joined their demos or they told us we will be shot if we don’t,” he said.

British journalist Paul Conroy, who was wounded in his stomach and leg and then smuggled to Lebanon in a six-day journey from Baba Amr, called the government siege “a medieval siege and slaughter.”

“I would say quite categorically that’s the most ferocious, vicious, and unnecessary that I’ve seen,” he said. “And there are actually no military targets within Baba Amr. All of the intense shelling is directed at the civilian population.”

At least 20 people had been killed in Syria on Saturday, according to the Local Coordination Committees of Syria, the opposition activist network.

In Daraa, the southern city where the anti-government uprising began last year, at least three civilians were killed and 20 civilians and security personnel were wounded, the state-run Syrian Arab News Agency said.

SANA said a “terrorist suicide bomber” blew up a car he was driving at al-Masri roundabout in Daraa’s al-Balad area. The opposition Free Syrian Army said state security forces staged the bombing themselves.

Car and suicide bombings, common militant tactics in Iraq and Afghanistan, have been rare in the Syrian uprising. There have been a handful of suicide bombings in Damascus and Aleppo, the country’s two largest cities.

The LCC recorded at least five deaths in Daraa on Saturday. Eleven of the day’s 20 deaths occurred in the provinces of Idlib and Homs, the network said.

The Syrian Observatory for Human Rights, another opposition group, said at least six Syrian soldiers were killed in clashes with defectors after forces loyal to President Bashar al-Assad stormed the city of Hirak northeast of Daraa.

CNN cannot independently confirm reports across Syria because the government has severely restricted the access of international journalists.

Protests began last March, when townspeople in and around Daraa protested the arrest of school children for painting anti-government graffiti. The government’s fierce crackdown on the protesters and the tenacity of the demonstrators emboldened protests in other cities.