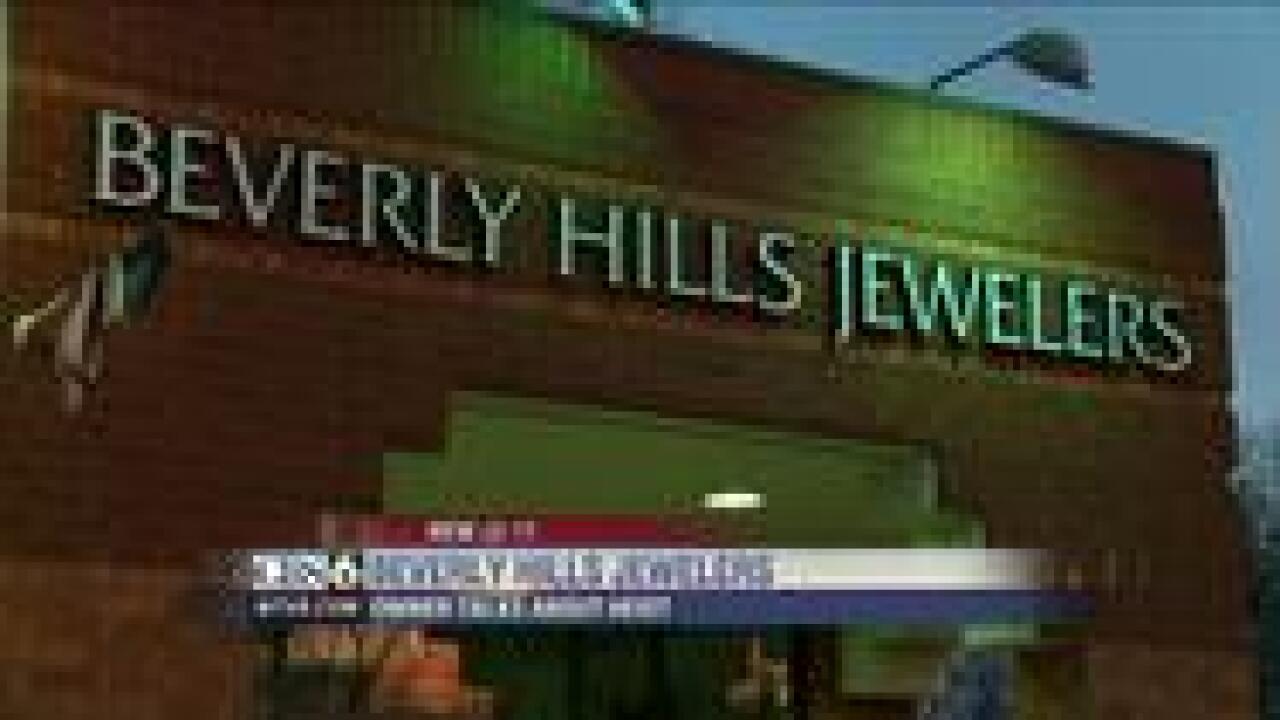 By: Scott Wise
Posted at 7:00 PM, Jan 04, 2012
HENRICO COUNTY, VA (WTVR) - The owner of a Henrico jewelry store said thieves stole millions of dollars worth of jewelry in an ‘Ocean’s Eleven,’ type heist.

Gary Baker said his store--the Beverly Hills Jewelry store--was closed for several days earlier this week and that’s when the crooks made their way inside.

Baker said he is bewildered because the criminals made it through his elaborate security system, which includes several sets of steel doors, trip chains, nail boards and an alarm system that permeates the air with smoke to reduce vision.

Baker is no stranger to robberies. His store was robbed in December of 1994. Two criminals entered the store and that’s when Baker and his brother shot and killed the thieves.

Baker said he will likely close his store for good.

Henrico Police are asking anyone with information to call Crime-Stoppers at 780-1000.