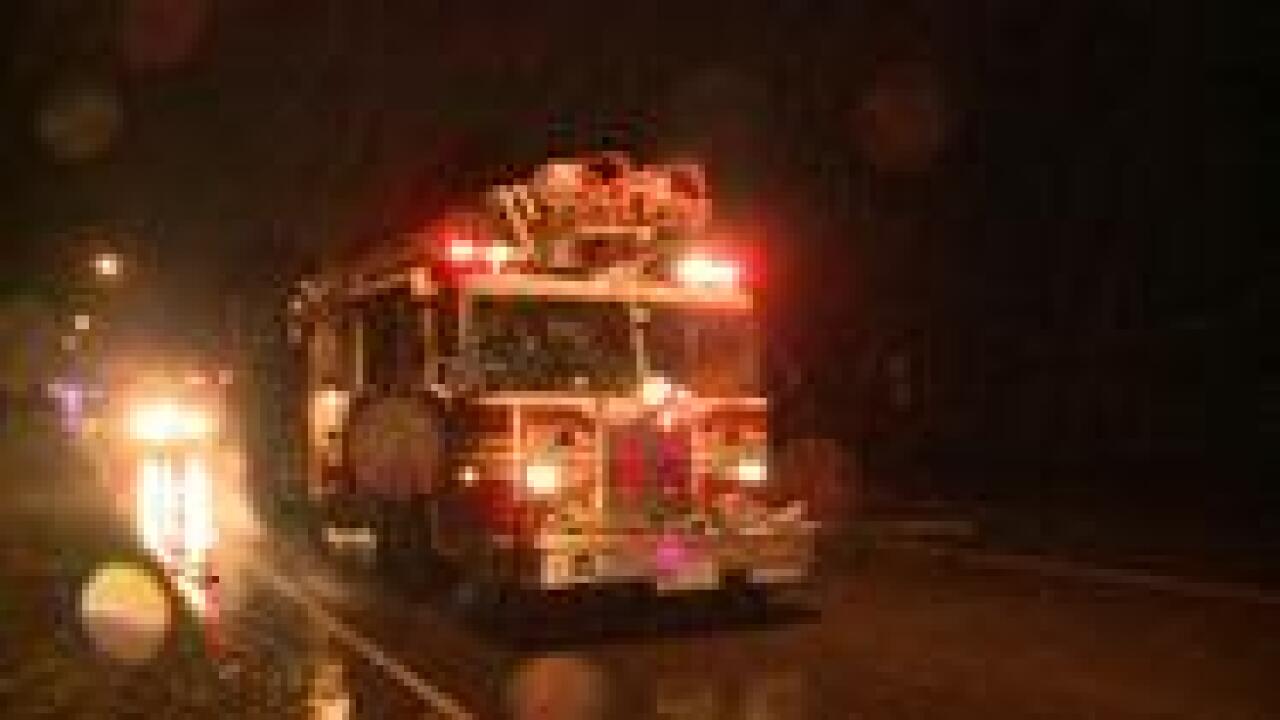 "I have never been afraid of storms before but this one kind of spook me a bit."

We spotted a number of homes on Longview drive near Forest Hill avenue damaged from Wednesday evening’s storm.

Charlie Bigley’s chainsaw is getting a good workout.  He’s clearing a huge tree in his front yard...after the storm left a mess for him to clean up.

"My girlfriend called me and said it sounds like World War 3's breaking out.  I said grab the dogs and go in the basement,” said Charlie Bigley.

Behind Bigley's home, three trees came crashing down. They ripped off his drain pipe and damaged the roof.

"My buddy down the street said I was due,”  said Charlie Bigley, “because I had pretty much survived Isabel and Irene without any damage.  Yeah, i got mine."

At one point, roughly 50-thousand customers were in the dark. Dean Roberson watched the storm from his sun porch.  He says it was worse than Irene.

"When the tree broke...damaged the deck, it sounded like a cannon shot had been fired,” said Dean Roberson.  “I was running around holding the dog in my arms, trying to figure out which way to go to not get hit by the fallen trees. "

And now, that the storm is over, reality sets in for people living in this South Richmond neighborhood.

It's time to clean up.

"It's just part of living over here.  It seems like every time there's a gust of wind the trees fall down over here."

Sharon North, with the city’s department of Public Works, tells CBS 6, they received 43 reports of downed trees, limbs, and brush blocking some streets.

North says crews are removing the debris to get those residential streets re-opened.  But she tells us, they have to wait for Dominion Virginia Power to remove the downed power lines first.