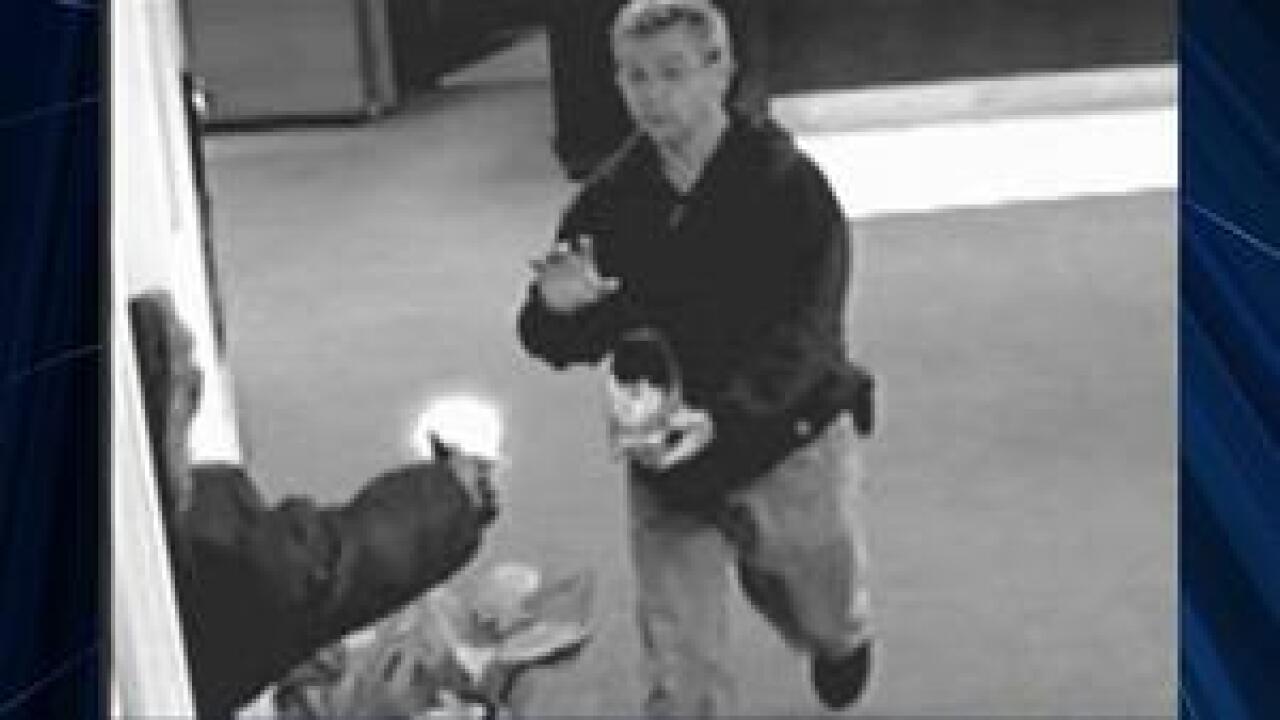 HENRICO COUNTY, VA (WTVR) - A Virginia man used a basket of lollipops in an attempt to fend off a bank robber.

Ronald Cook, a Navy veteran, was shot twice during the robbery.

Speaking publicly for the first time since the March 10, 2011shooting, Cook described the moments that led up to the C&F Bank robbery. [Click here to read more about the crime]

"He come up to the teller and he pointed a gun right at that girl's face. I saw that and thought this is not good," Cook recalled.

At that point Cook said his instincts took over. Cook put his pet dog on the bank counter and stood in between the robber and bank employees. After he told the robber to take the money and leave, Cook said the robber shot him in the thigh.

"I thought to myself, you SOB, you shot me," Cook said.

Cook said as the robber turned to leave the bank, he grabbed the first thing he could to fight back, a bucket of lollipops.

"I took a bucket of suckers and threw it at him I was so mad. It was the only thing I could find to throw," Cook said with a slightly embarrassed grin on his face.

What happened next was not so funny.

As Cook followed the robber out the front door, the robber turned around, re-entered the bank and shot Cook in the stomach.

"I stumbled on the table and thought then, damn he's shot me twice now," Cook said. "Adrenaline took over. I did not feel any pain."

Both the bank robber and the getaway driver were recently convicted and sentenced for their roles in the crime.