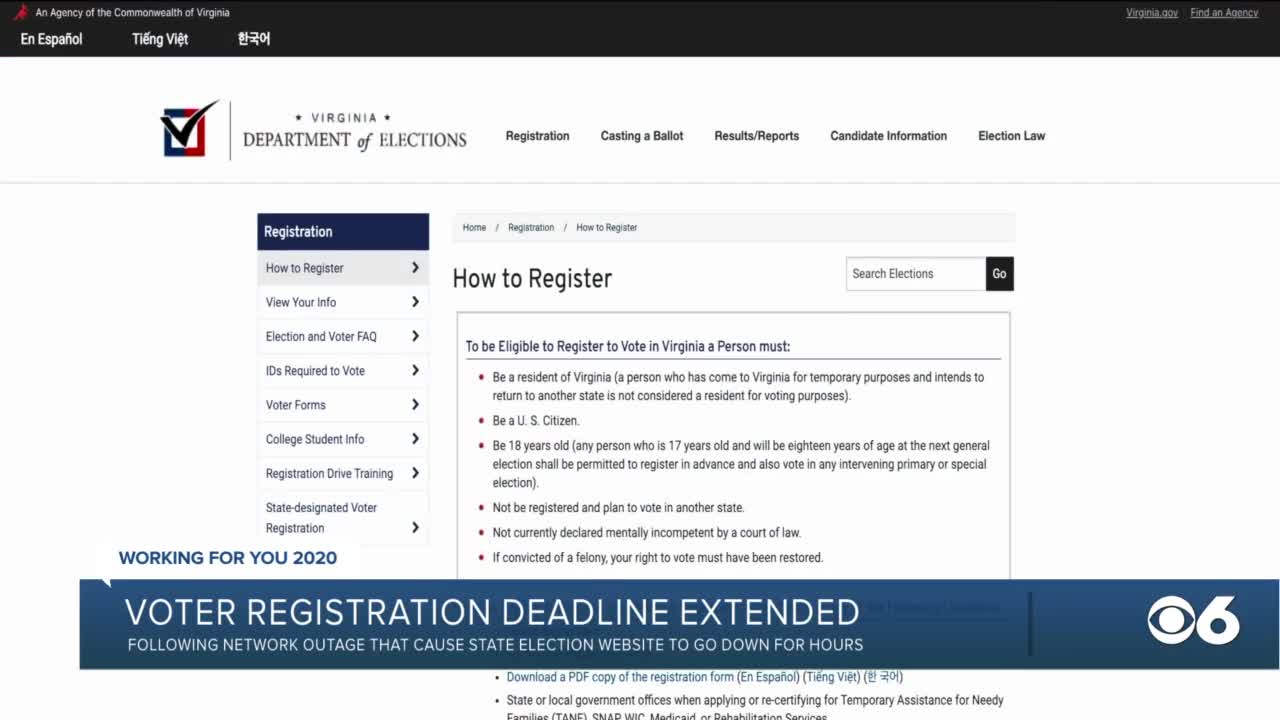 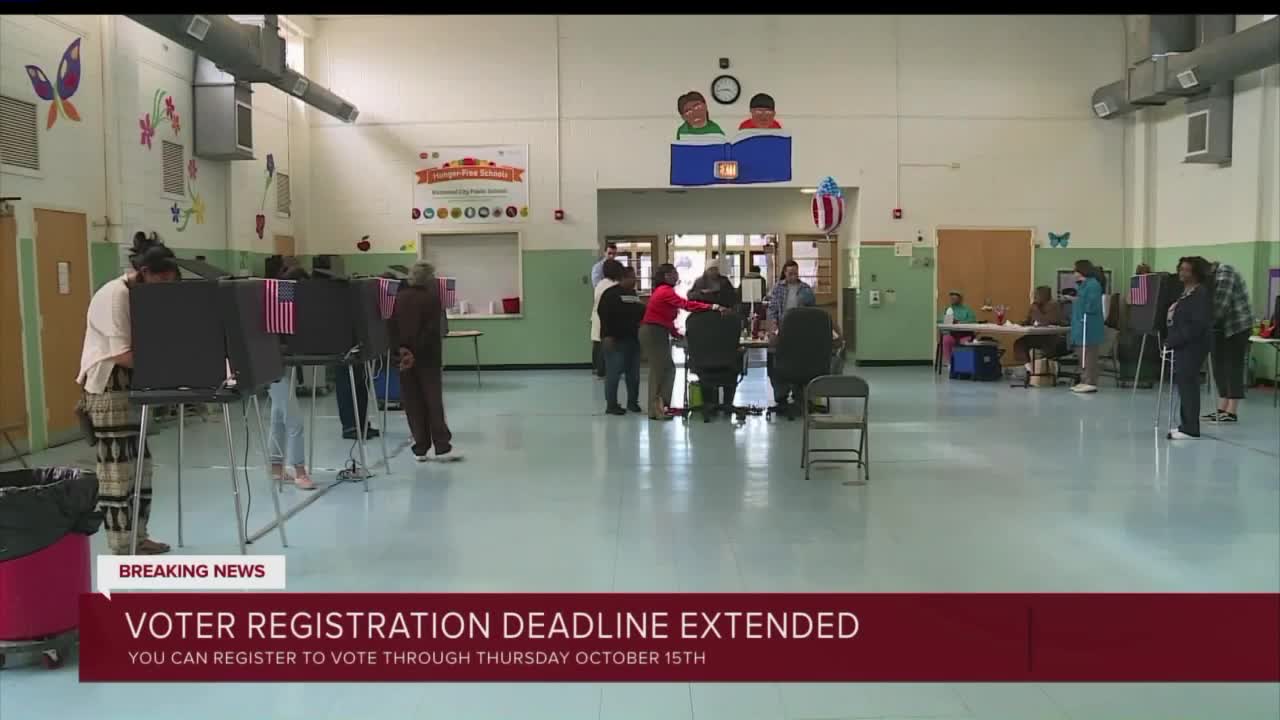 The order from U.S. Judge John A. Gibney Jr. was a result of a hearing Wednesday morning in U.S. District Court for the Eastern District of Virginia in Richmond.

It came roughly 24 hours after a construction crew inadvertently struck a Verizon cable outside the Virginia Information Technologies Agency in Chester, Va., which cause the state’s online voter registration system to crash on the last day to do so for the upcoming election.

Service was restored by around 3:30 p.m., but Gibney said “almost an entire day of voter registration” was lost and that not extending the registration deadline would cause “tremendous harm” to people who wanted to register to vote and to the organizations that help them.

The injunction was granted after a lawsuit was filed on behalf of several civil rights organizations. They included New Virginia Majority Education Fund, the Virginia Civic Engagement Table, and the League of Women Voters. The plaintiffs were represented by the Lawyers’ Committee for Civil Rights Under Law.

Virginia Attorney General Mark Herring, whose office represented the defendants, including the Department of Elections, did not oppose the lawsuit and wrote that an extension “would vindicate the public interests of ensuring access to the voting booth and election integrity”.

In a proposed order that was presented to the judge, the Herring and the plaintiffs suggested the following:

Gibney agreed, but added he would direct the Commissioner of the Department of Elections to issue a news release and inform all local registrars about the decision by 11:30 a.m. Wednesday morning.

Gibney said the order would reopen both in-person and online registration.

In statement, the Commissioner of the Virginia Department of Elections, Chris Piper said he welcomed the extension.

He said Virginians who are eligible can register in one of four ways:

· In-person to the office of their local general registrar by 5pm on Thursday, October 15th,

· By mail postmarked on or before Thursday, October 15th,

· Online at elections.virginia.gov/voterinfo through 11:59pm on Thursday, October 15th,

· To an NVRA designated state agency, such as the DMV or a social services office, by October 15th.

“Today’s agreement to extend the voter registration deadline is a big win for democracy. Any eligible Virginian who was not able to register to vote yesterday can now do so,” said Herring in a statement after the decision. “I have made it a top priority over the last several months to protect Virginians’ right to vote by making it as easy, safe and secure as possible, and this agreement is no different. I will continue to fight to make sure that every eligible Virginian can vote in this crucial election and that their vote will count.”

“This year has been tough for everybody in so many ways. The portal being unavailable on the last day for people to register to vote was another hurdle,” said Deb Wake, President of the League of Women Voters of Virginia, in a statement. “Extending voter registration to compensate for those who did not get a chance to use the portal is just a matter of fairness.“

“Voting is a right, not a privilege, and everyone who is eligible must have the chance to cast their ballot during the 2020 election season. This extension is critical to ensuring that no eligible voter across Virginia is locked out and penalized as a result of the state's failure. This underscores the need for states to put in place backstops to address 11th hour issues and disruptions in our electoral process," added Kristen Clarke, president and executive director of the Lawyers' Committee for Civil Rights Under Law.

“The decision this morning to extend the voter registration deadline was the right thing to do to protect Virginians’ right to vote ahead of the most consequential election of our lifetimes. Since I was Governor, Virginia has been a leader in protecting people’s right to vote, and we will always stand up against any kind of potential disenfranchisement," said former Virginia Governor Terry McAuliffe in a statement. “With the new deadline to register to vote on Thursday night, it is important every eligible Virginian is registered to vote by the new deadline. There is too much on the line in this election and we need every Virginians’ voice heard.”

"Judge Gibney did the right thing by extending the registration deadline until Thursday. Voters should not be penalized for the latest of the Northam administration's failures in election administration," said Republican Party of Virginia Chairman Rich Anderson in a statement. "RPV has two public service announcements today: Citizens - if you're not registered, put in your application by Thursday; State Government - Call Miss Utility at 811 before you dig."

Gibney said he hoped people would learn two lesson from this situation: that people should call Miss Utility before they and they should not let things go until the last minute.

Those who want to register to vote can do so online here.

The Associated Press contributed to this story.