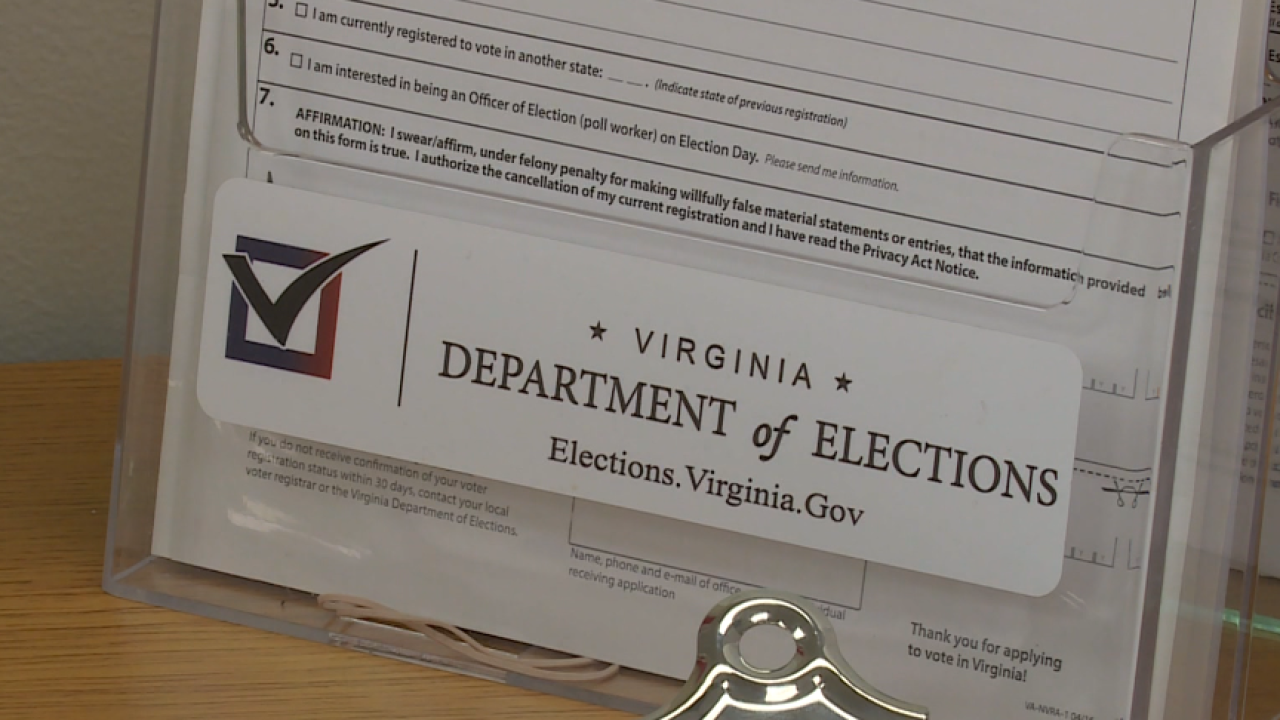 The Lawyers’ Committee for Civil Rights Under Law filed a lawsuit Tuesday night against the Department of Elections, the Virginia State Board of Elections, and several election officials.

“Absent relief, voters who attempted to register to vote through the online portal on October 13, 2020, but were unable through no fault of their own, will be absolutely disenfranchised in the upcoming elections,” the lawsuit said.

Tuesday was the deadline to register to vote in Virginia before Election Day.

The Virginia Department of Elections said Tuesday in a statement on Twitter that a cut cable was affecting connectivity for multiple agencies, including the citizen portal and registrar’s offices.

The state's IT agency tweeted that the cable was inadvertently cut during a Chesterfield County roadside utilities project.

Six hours later, the portal was back online. But the fallout led to concerns that voters were being disenfranchised at a crucial moment.

Tuesday, Governor Ralph Northam says he is exploring all options to extend the voter registration deadline after the network outage.

"That deadline is set in our code and it does not appear I have the authority to change it. That is up to the courts," said Northam.

The governor says he would support a court ordered extension if they chose to issue it.

Northam: We are exploring all options to extend the voter registration deadline