What happens if you show up to vote without a mask 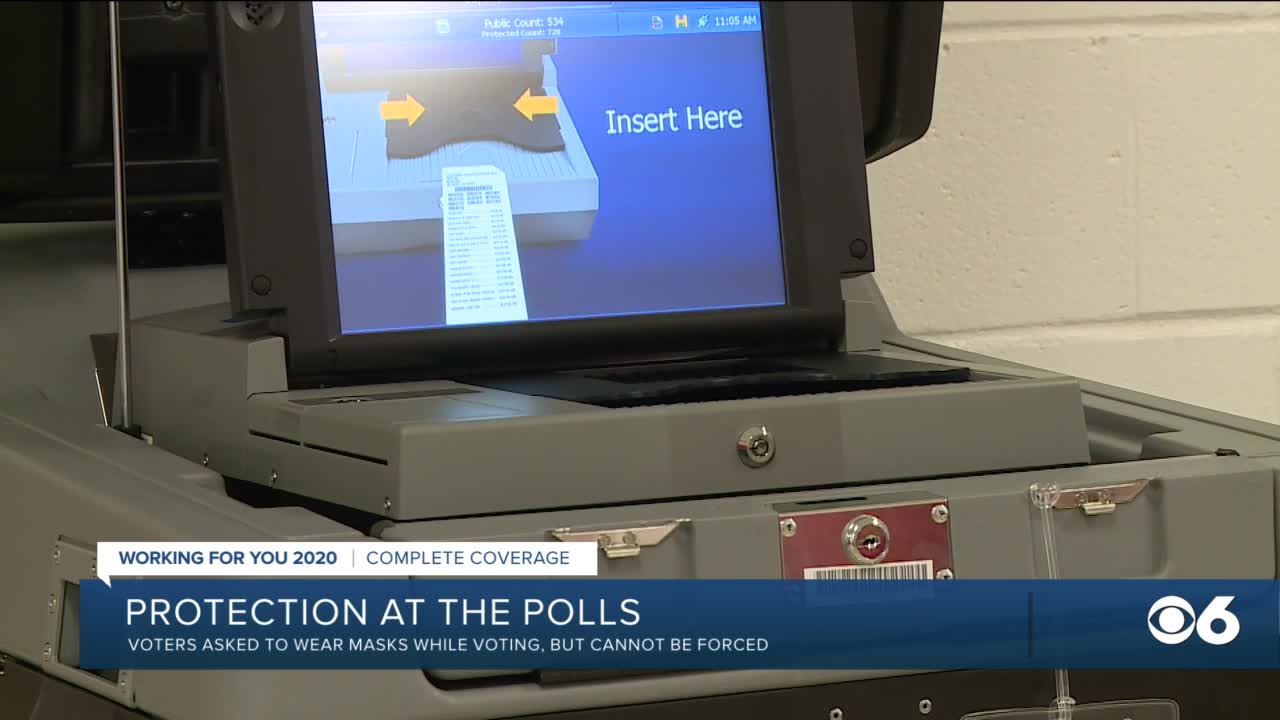 What happens if you show up to vote without a mask

RICHMOND, Va. -- If you have already voted, you will have seen the various COVID-19 precautions in place.

Precautions that include a socially-distanced line that, at times, winds its way out of the polling location.

Virginia Department of Elections Commissioner Christopher Piper said when voters get inside, they are greeted by election officials in PPE.

He added the department also partnered with the health department and medical reserve corps to have additional help wiping down surfaces and enforcing social distancing.

Piper said they encourage voters to wear a mask. But, if someone arrives who can’t or won’t wear a mask, he said officials will either offer them a mask or encourage them to the curbside option and vote from their car.

"We want to make sure everybody is safe. Nobody should have to choose between their health and their right to vote," Piper said.

However, Piper said if a person refused both options, they would not be denied the right to vote and be allowed inside.

"The right to vote is a sacred one and everyone should have the opportunity," he said.

The guidance comes as Governor Ralph Northam signed a new law into effect that allows for up to a $500 fine for people failing to comply with an executive order such as his mask mandate.

When asked if the new law would be used against those refusing to wear a mask at the polls, the Governor's Office did not directly answer the question.

“Governor Northam expects every person to wear a mask when voting, period," his office replied. "Virginia currently mandates face coverings be worn inside public places, and he takes this order seriously."