Voters camped out as early at 4 a.m. blamed for line at Richmond polling place

Richmonders line up to vote early: 'We all need to exercise our rights' 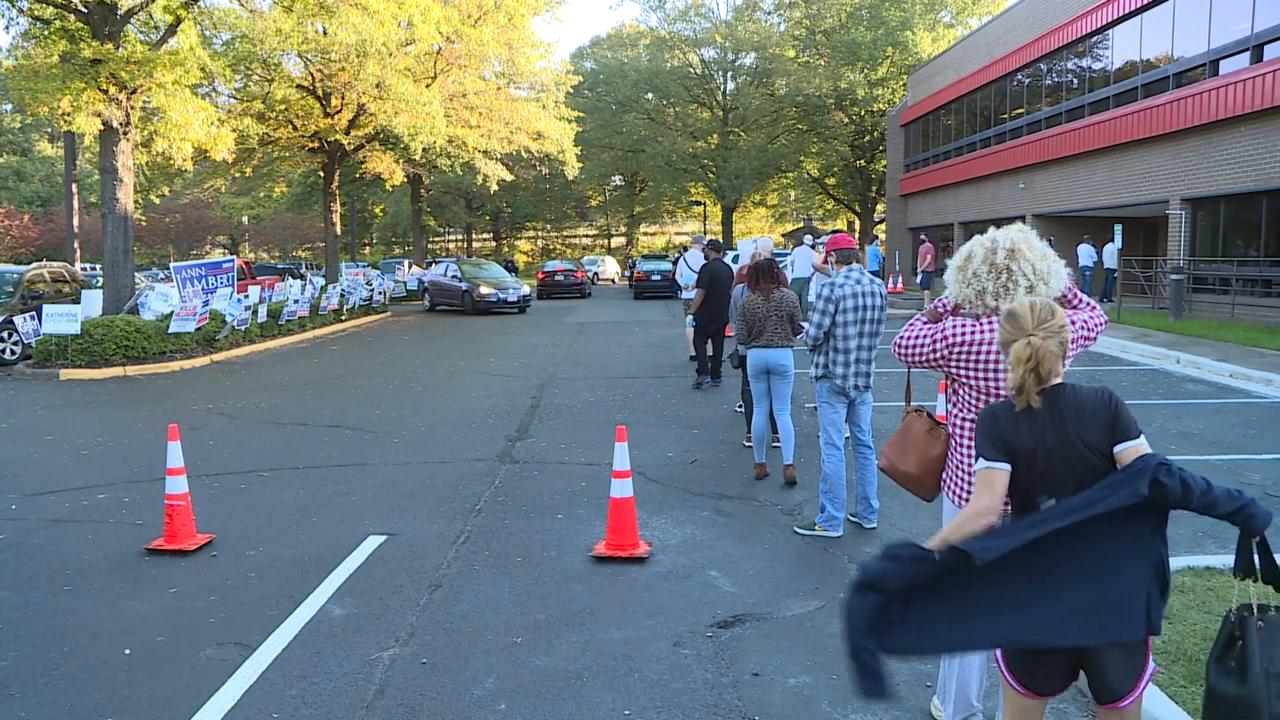 “Seeing all these different groups of people from every district, come out and exercise their right, its fabulous to see," Melissa Evans said.

RICHMOND, Va. -- With just 10 days until Election Day, scores of Richmonders headed to the polls to cast their ballot early Saturday.

“Seeing all these different groups of people from every district come out and exercise their right -- it's fabulous to see," Melissa Evans said.

Evans was one of the dozens of voters who came to cast their ballot at the West Laburnum polling location Saturday.

“We just need to take everything seriously -- all political views," Evans said. "White, Black Hispanic, all nationalities. We all need to exercise our rights."

🗳️RELATED: Click here to find your early voting location from the Virginia Department of Elections

Melanie Bianco, who was also in line to cast her ballot early, said this election is more important to her than ever before.

“There are so many things that I just need to have control over and have a say in," Bianco explained.

Meanwhile at the Hickory Hill Community Center polling location on the Southside, voters had to wait for nearly an hour to cast their ballots, according to Richmond City Councilman Mike Jones.

“For there to be over a 45 to 50-minute wait, we have to plan to do things differently," Jones said.

Jones posted a video on his Facebook page, showing just how long the line was at the polling location.

While he said he is glad folks are coming out early, he believes there should be a faster way to get people in and out.

“Why can’t we have two places on the Southside?" Jones asked. "I mean we have some large communities in this area.”

Despite some delays, everyone Saturday agreed that making your vote count is crucial.

“We’re in such a pivotal point and moment in our lives so everyone needs to vote," Evans said.

Richmond General Registrar J. Kirk Showalter said the delays at the community center were because some folks camped out as early as 4 a.m. to get in line to vote.

"As such, there was a line out to the field when we opened the doors," Showalter explained. "However, the line had diminished by 12:30 p.m. and, while steady, all voters in line at 5 p.m. got to vote and the last one cleared the building around 5:15 p.m."

Showalter said more than 900 people cast their ballot at the community center, which was about the same number of people who voted at the West Laburnum location.

"It has been a very busy day for us," Showalter said.

The last day to vote early, in-person in Virginia is Saturday, Oct. 31. Absentee ballots must be postmarked by Election Day, which is Tuesday, Nov. 3. The polls are open on Election Day from 6 a.m. to 7 p.m. in Virginia.

🗳️RELATED: Your voter's guide to the 2020 General Election

Have you run into any long lines at the polls during early voting? Share your story on the WTVR CBS 6 Facebook page.