Your voter's guide to the 2020 General Election 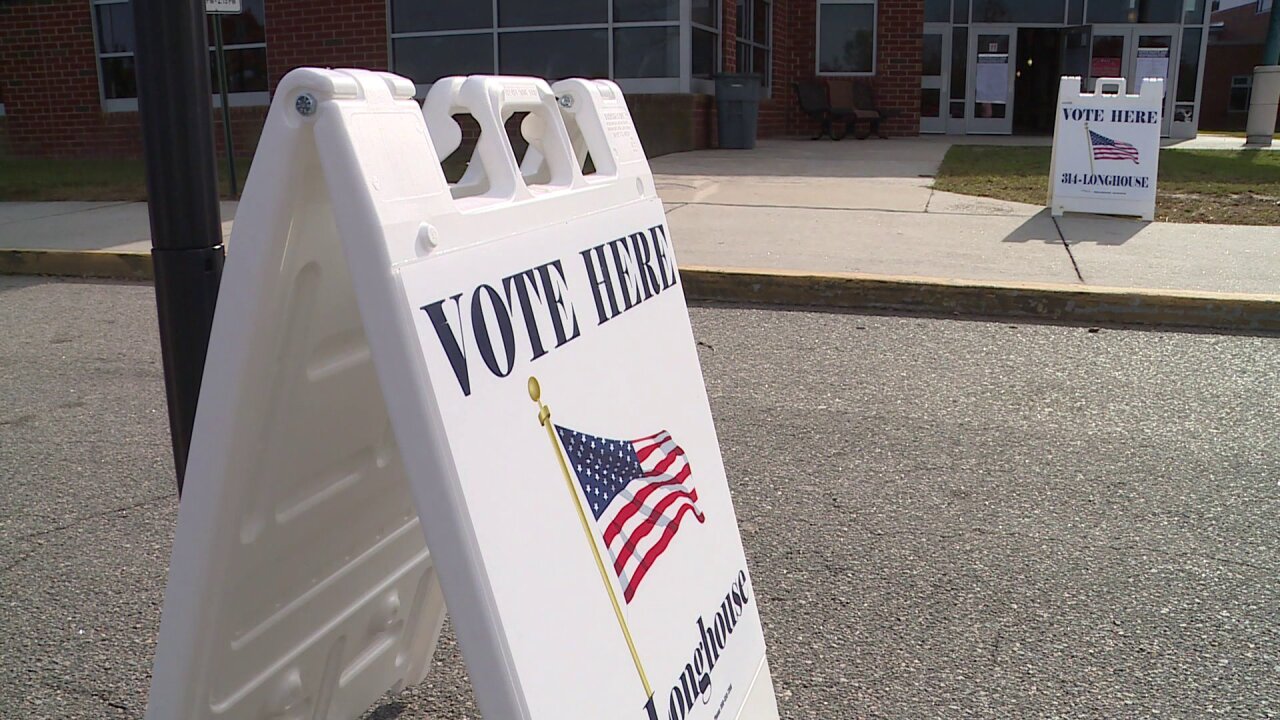 RICHMOND, Va - The showdown for the White House between President Donald Trump (R) and former Vice President Joe Biden (D) dominates attention nationwide during campaign 2020. But below the top of the ticket, Virginia voters will decide on a host of key local elections, from Congressional seats to mayoral races to school board seats.

Interest in early voting is already at unprecedented levels, according to Virginia election officials. CBS 6 has compiled a candidates guide to the key races in Central Virginia so that voters have access to information on the people running for office in your community.

This guide is based off a final candidates lists from the Virginia Department of Elections. We’ve included links to the candidate’s website and social media channels so that voters can see for themselves the message each person is trying to convey.

If you need help registering to vote or casting an absentee ballot, click here for our CBS 6 voter guide. If you’re a fan of charts, graphs, and data, the non-partisan Virginia Public Access Project (VPAP) is a great reference for voters.

NOTE: WTVR-CBS 6 covers news in the Richmond-Metro region, so we’re focusing this guide on races in our area. If you’re a Virginia voter looking for races in your community, visit the Department of Elections website.

NOTE: Candidates in local elections are listed in the order they appear on sample ballots.

Senator Warner is seeking his third term in the U.S. Senate, a seat he’s held the seat since 2008. He serves as the Vice Chairman of the Senate Select Committee on Intelligence, one of the lead committees examining Russian meddling in the 2016 election. Warner has been outspoken about the need for greater regulation of social media and tech companies in reference to protecting users data and combatting disinformation.

Gade is a retired lieutenant colonel in the Army, who received two Purple Hearts for his service during a 20 year career in the military. His campaign lists protecting individual liberties and civil right, maintaining a strong national defense, and promoting the free market as priorities. Gade promises to work with Democrats to combat climate change through “market based solutions.”

In the 2014 midterm elections, Warner won the seat by less than a percentage point to Ed Gillespie in a race many political analysts at the time did not expect to be competitive. The context for the 2020 race is, of course, much different. Republicans have not won a U.S. Senate race in Virginia since 2002.

Warner holds a substantial lead in fundraising: $10.6 million to Gade’s $982,867 as of June 30th, according to VPAP. Most polling shows Warner with a significant lead, and Cook Political Report rates the race as likely not competitive.

Rep. Spanberger is seeking her second term in Congress, after becoming the first Democrat to win Virginia’s 7th since the late 1960’s. During her time in office, Spanberger has promoted her efforts to work across the aisle, including efforts to lower prescription drug prices and expand broadband access to rural portions of the district. A former CIA officer, Spanberger voted to impeach President Trump during the Ukraine scandal last year, saying the President abused his power and threatened national security.

Del. Nick Freitas is a U.S. Army veteran who has represented the 30th District in Virginia’s House of Delegates since 2016. Freitas has been seen as rising Republican star based off his vocal his support for 2nd Amendment rights and abortion restrictions and against what some conservatives say is a rise in socialism. Freitas ran in the 2018 Republican U.S. Senate primary but lost the nomination to Corey Stewart. He’s nearly been left off the ballot two years in a row in two different races after his campaign missed paperwork filing deadlines.

Given the voting history of Virginia’s 7th District, the Cook Political Report lists this race as a toss up, with Spanberger having a slight edge as the incumbent. Outside influence groups aligned with both parties have begun pouring millions of dollars into advertising for the race because of its expected competitiveness. When Spanberger took the seat in the 2018 midterms, voter turnout in the 7th District rivaled previous presidential election years.

Spanberger holds the fundraising edge: $4.9 million to Freitas’ $1.03 million as of June 30th, according to VPAP.

Rep. McEachin has held the seat since 2016. In recent years, McEachin has served on various committees focused on climate change, energy policies, and natural resources. His campaign website touts McEachin as a dedicated public servant focusing on equality for all Virginians, curbing gun violence, and increasing access to healthcare.

Leon Benjamin is the Senior Pastor fo New Life Harvest Church in Richmond and the current chairman of the Republican Party of Richmond City. Benjamin is an outspoken supporter of President Trump and served as an evangelical adviser to the White House.

Since court ordered redistricting in 2016 changed the district’s profile, the 4th has heavily favored Democrats. McEachin has won by double digits in both previous races for the seat. The Cook Political Report lists the district as “solid Democrat.”

Virginia’s 1st Congressional District includes voters in Prince William, Stafford, Hanover, James City County, Gloucester, Spotsylvania, Caroline, Fredericksburg, King George, New Kent, Westmoreland, King William, Fauquier, Northumbeland, Lancaster, Middlesex, Essex, Matthews, Richmond County, and King and Queen.
Rep. Wittman has represented the 1st district since 2007. He sits on the House Armed Services committee and Natural Resources committee. Wittman lists support for the military and reforming Congress among his top priorities. He has been critical of the budgetary process in Washington, sponsoring legislation that would block paychecks to members of Congress if they do not pass funding bills on time.

Rashid is a community activist and author, who earned a Law Degree from the University of Richmond. During the campaign, Rashid has been supportive of social justice movements across America and critical of the U.S. response to the coronavirus pandemic. His campaign team lists issues from rural broadband access to climate change to “dad jokes” on their website.

Wittman has won the seat easily each election since 2007, and the Cook Political Report lists the district as “solid Republican.”

Five candidates are challenging Mayor Stoney, who is seeking a second term.
The procedure for electing a Mayor in Richmond is different than other local and state elections. A candidate must get the highest vote total in five of the nine city council districts to win outright on November 3rd. If no candidate secures a majority in five districts, the top two vote getters citywide move to a runoff election that would be held December 15th. The winner of at least five districts in the runoff is declared the winner. If both candidates in the runoff split an equal number of districts, the candidate with the most votes citywide is elected mayor.

Stoney won the seat in 2016 on election night, securing five districts and the popular vote citywide. The Stoney campaign team is basing his re-election bid off his response to the coronavirus pandemic, construction of new school buildings in traditionally Black and Brown neighborhoods, and making more affordable housing available to residents of low-income.

Gray currently represents the 2nd district on city council and is a former school board member. Public safety, education, and making city government more responsive to the needs of local businesses are listed as pillars of the her platform.

Griffiin is a lawyer and state government employee who entered the public sphere as a vocal opponent to the financing behind Stoney’s Navy Hill development project. Griffin is positioning his campaign on fixing city services, schools, and roadways instead of large economic projects.

Rodgers is a community activist and organizer, who currently serves as the state director for “Care in Action.” The former policy director for then Lt. Governor Ralph Northam entered the race over the summer following protests in Richmond over racial injustice and has outspoken against police tactics during demonstrations.

Tracy McLean is basing her campaign “changing the narrative” in the city of Richmond. McLean lists financial transparency and unified communities among her priorities on her campaign website.

Gilbert is an economist and former government employee promising to unite the community through thoughtful, inclusive, and equitable policies.

Stoney has raised the most money as of June 30th. VPAP breaks down the fundraising dollars as follows:

Amelia County Board of Supervisors District 1