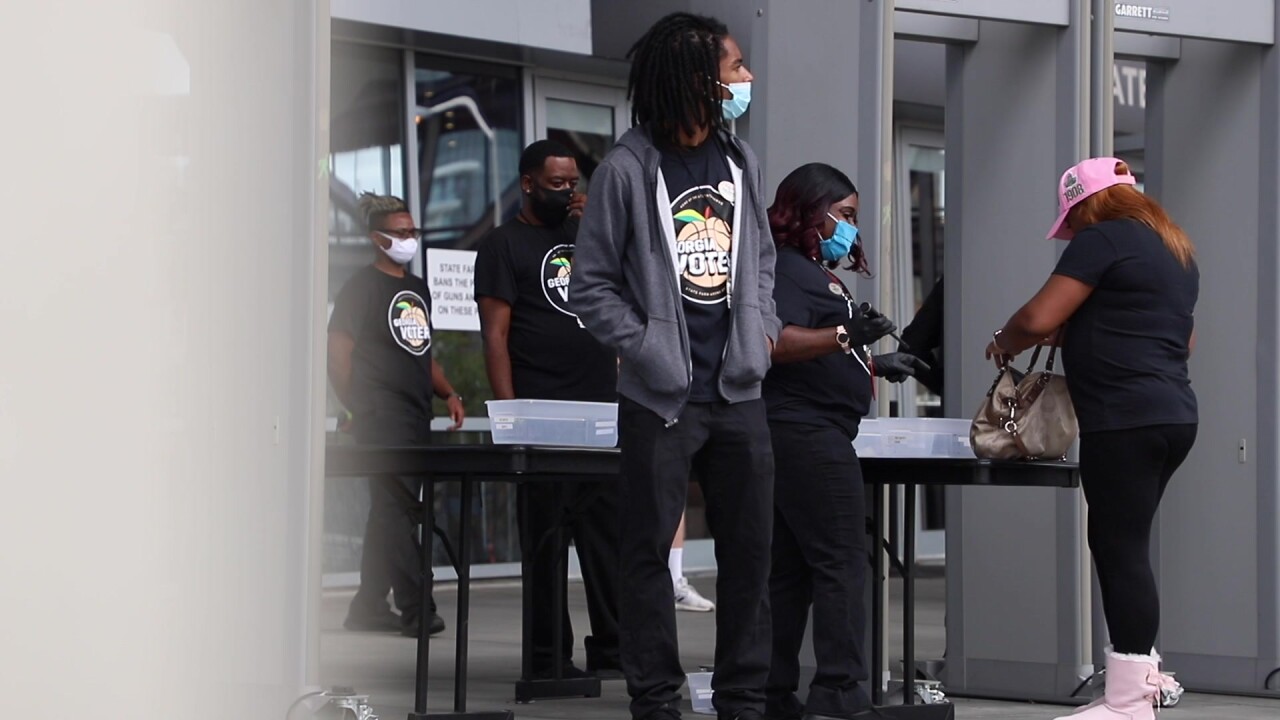 Locals call Atlanta, Georgia, the city too busy to hate.

During early voting, however, it’s filled with people who would rather not wait.

“We’re trying to make sure that our voices are heard during a really critical moment in our nation’s history,” said local voter Everette Long. “And avoid really long lines.”

A record number of voters turned out during the first day of early voting in Georgia this year, including first-time voter Tim Crane.

“I stood there for about four hours, but I wasn’t mad,” Crane said. “I was kind of excited to go on and see what voting was like.”

Long lines at the polls and broken voting machines were issues for thousands of Georgia voters on primary day back in June, which raised questions about what it would be like when it came time for this year’s presidential election.

In an effort to avoid long lines, thousands of voters flocked to the Atlanta Hawks’ State Farm Arena, which was transformed into the state’s largest early polling precinct. Some showed up ready to time any potential delays.

“We got here early and it took 17 minutes and 40 seconds to vote,” said Torri Griffin who took her mother, Lena Joiner, to fill out their ballots at the pro basketball arena.

Atlanta Hawks basketball head coach Lloyd Pierce moved from the sidelines on the court to the front lines of this early voting site.

According to the United States Elections Projects, more than 10 million Americans cast their ballots within the first day-and-a-half of 2020 early voting, a number that shatters the 2016 turnout.

While many people tout the benefits of early voting, experts warn there could be some challenges. Political science expert Robert Preuhs, Ph.D. of MSU Denver explains.

“If something happens between now and Election Day, that could fundamentally change people’s minds, they’re already going to have their ballot in,” he said.

Preuhs says early voting could change the dynamics of this election and alter the timeframe for when ballots are counted.

“The big issue is going to be on Election Day, because most states don’t allow for county clerks to count until Election Day and so you have all these ballots that still need to be counted at once,” he said.

Despite any perceived challenges, many voters are still showing up early with the hopes of avoiding any kind of voter suppression

“However, suppressed people feel, knowing that there are opportunities like this, people feel validated about their decisions,” said local voter Aaron Burkes.

They're decisions that will impact the future of our country as Americans in Atlanta can’t wait to make their votes matter, even with Election Day just few weeks away.