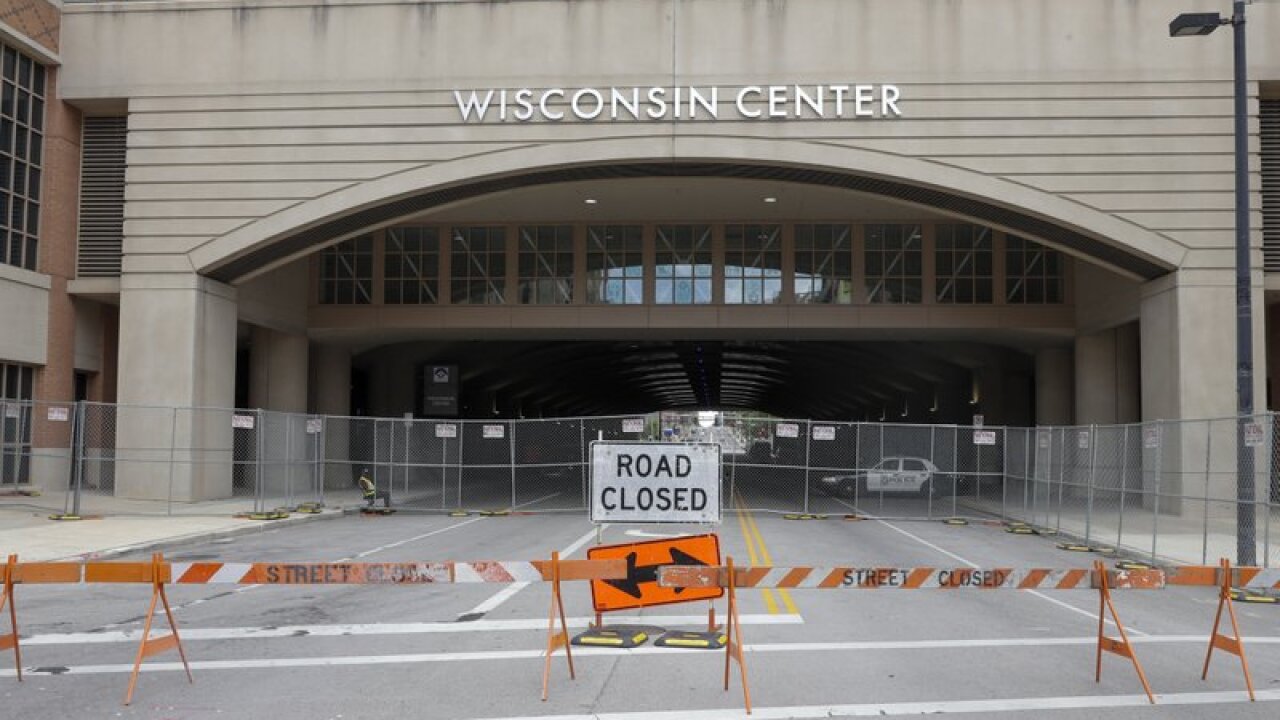 Joe Biden is poised to unveil his vision for the modern Democratic Party in the first presidential nominating convention of the coronavirus era, an all-virtual affair that will test the former vice president’s ability to overcome unprecedented logistical challenges in an urgent mission to energize a winning coalition.

The Democratic National Convention, which formally begins Monday, is not a convention in the traditional sense. There will be no physical gathering place, no cheering audience, no balloons. The program will consist instead of a series of online video addresses — half of which will be pre-recorded — that play out for two hours each night until Biden formally accepts the Democratic presidential nomination in a mostly empty Delaware ballroom on Thursday.

“Nothing about 2020 has been normal. So I don’t think anyone expected that this convention would be normal either,” said Atlanta Mayor Keisha Lance Bottoms, who was under consideration to serve as Biden’s running mate and will speak at the convention. “I hope wherever people are that they’re excited about the moment and the opportunity that lies before us.”

The online gathering comes as Democratic officials work to energize supporters behind Biden’s candidacy — not simply against President Donald Trump’s. While Trump is a huge motivator for many Democrats, there is some concern within the party that lower-information voters who lean Democrat and swing voters aren’t locks to cast ballots for Biden this fall, especially as the pandemic creates barriers to voting.

At the same time, Trump and his allies are fighting to scare away would-be Biden-Harris backers by describing the Democrats’ 2020 ticket as the most ideologically extreme in American history. While widely considered a political moderate — at least compared with the likes of Vermont Sen. Bernie Sanders and Massachusetts Sen. Elizabeth Warren — Biden’s plans to implement a Medicare-like system for those who want it, sweeping environmental protections and higher taxes on the rich would represent a major shift to the left.

Still, Biden attracted the support of former Ohio Gov. John Kasich, a Republican, who is scheduled to speak Monday. The Biden campaign hinted that Kasich would not be the only high-profile Republican featured at the convention, but refused to say more.

The inclusion of Kasich, who opposed abortion rights and fought labor unions while in office, rankled some progressives. One of the far-left’s champions, New York Rep. Alexandria Ocasio-Cortez, is scheduled to speak for just 60 seconds to help introduce Sanders on the same night as Kasich. Prominent liberal activist Ady Barkan, who previously backed Sanders, is scheduled to deliver remarks the next day.

“I’m glad that John and other moderate-type Republicans understand that it is wrong to be supporting Trump,” Sanders told The Associated Press. “But what John says has nothing to do with what I will say. My speech has everything to do with the need to defeat Trump, elect Biden and move the country into a government that works for all of us and not just the 1%.”

There appears to be far less tension among the Democrats’ often-competing factions heading into the 2020 convention than many predicted earlier in the year. Just six months ago, political operatives were openly contemplating the prospect of a so-called contested convention in which none of the Democratic candidates had a clear delegate majority going into the convention.

That possibility quickly faded in early March. After Biden’s commanding South Carolina primary victory, several competitors suddenly rallied behind him as the pandemic began to explode.

Even if there was leftover resentment among wings of the party, the convention’s online forum doesn’t provide any opportunities for public infighting. Key votes on the party platform already will have taken place by mail ballot. The details, which are expected to be approved overwhelmingly, were hammered out in Zoom meetings.

Progressives got their say when they extended party rules through 2024 that ban so-called “superdelegates” from voting for the party’s presidential nominee on the first nominating ballot.

Larry Cohen, a prominent Rules Committee member and Sanders’ confidant, lamented the loss of an in-person convention, but not because it limits debate.

“The key of a convention, really, is the party building that comes with 57 different delegations,” he said, noting the in-person daily meetings that would occur in hotels across a host city. “You shape the party in those breakfast meetings, where you argue over what it means to be a Democrat in Wyoming, what does it mean in Georgia.”

With less focus on policy debates, convention officials are highlighting the historic racial diversity on the ticket as the nation experiences a national awakening on race. Harris, who is also of Asian descent, is scheduled to address the nation Wednesday night as the first woman of color on a major party’s presidential ticket.

“For so many people of color in this country, race is always at the forefront,” Lance Bottoms said. “To be able to have this collective conversation in so many ways is cathartic, especially as we’re going into an election year, because there won’t be any secrets about what people across this country expect from the next administration.”

Despite the focus on racial justice, Rev. Al Sharpton, a civil rights activist, predicted next week’s convention would “lack excitement.” He said it likely doesn’t matter, however, especially as Trump and his party prepare for their convention the following week.

“As excited as I am about Kamala Harris, the best weapon Democrats have is Donald Trump,” Sharpton said. “He will do himself in. Just don’t get in his way. He will beat himself.”