Thousands march in Washington to pray and show Trump support 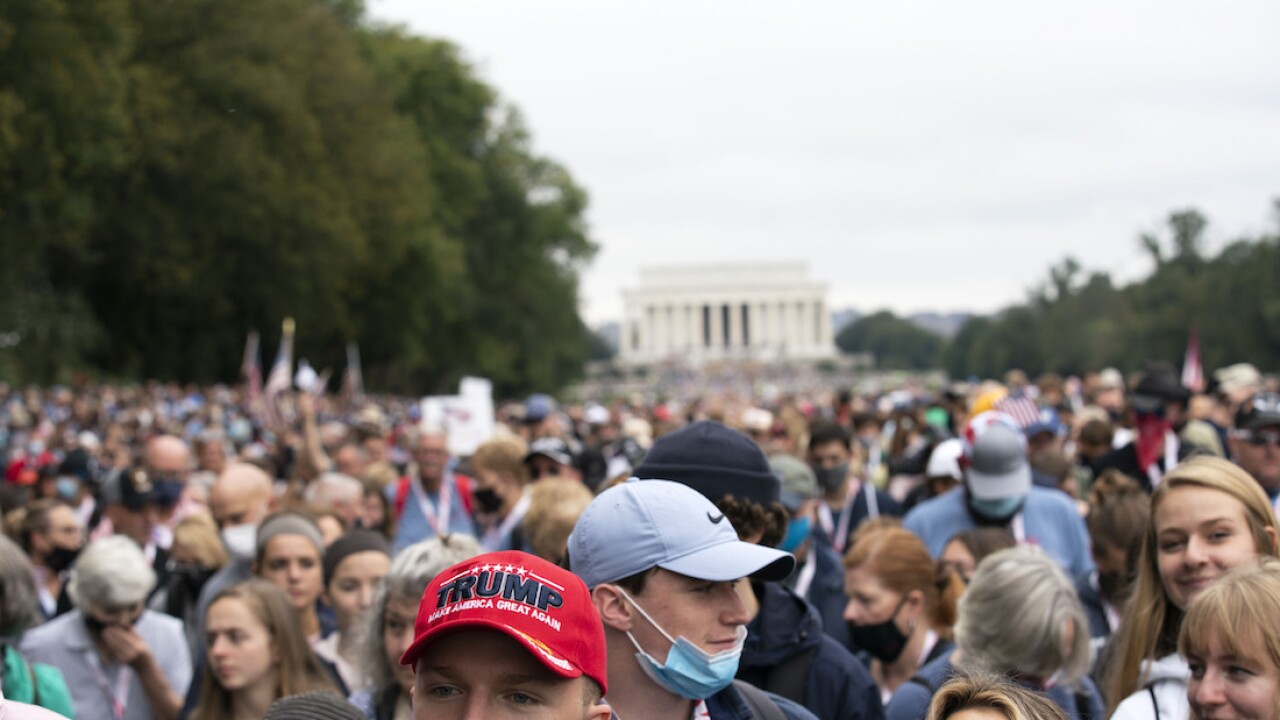 WASHINGTON (AP) — Thousands of people packed the National Mall in downtown Washington on Saturday to pray and show their support for President Donald Trump.

The march was organized by the Billy Graham Evangelistic Association.

“America is in trouble and in distress but we have hope—our hope is in Almighty God. This is why we are asking men and women across this country to join together and do the most important thing we can do—pray in the name of Jesus Christ,” said Franklin Graham, president, and CEO of the Billy Graham Evangelistic Association and Samaritan’s Purse in a press release.

The march, which stretched from the Lincoln Memorial to the U.S. Capitol, was held just hours before Trump was set to announce he was nominating a conservative judge for the Supreme Court.

Few in the crowd wore masks.

Vice President Mike Pence spoke to the marchers and asked them to pray for the new Supreme Court nominee.

According to organizers, more than 3 million people watched the march online.