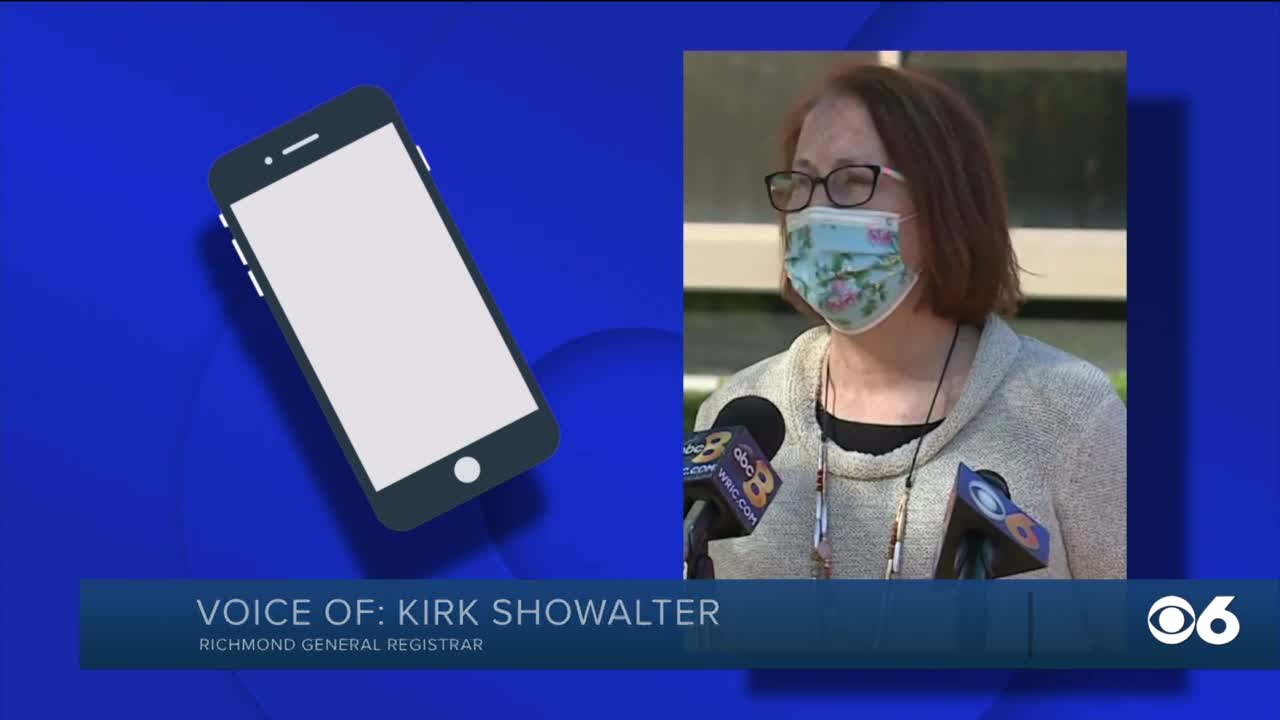 The Democratic Party of Virginia is calling for Richmond Registrar Kirk Showalter to resign from her job citing events that occurred before, during, and after the 2020 election. 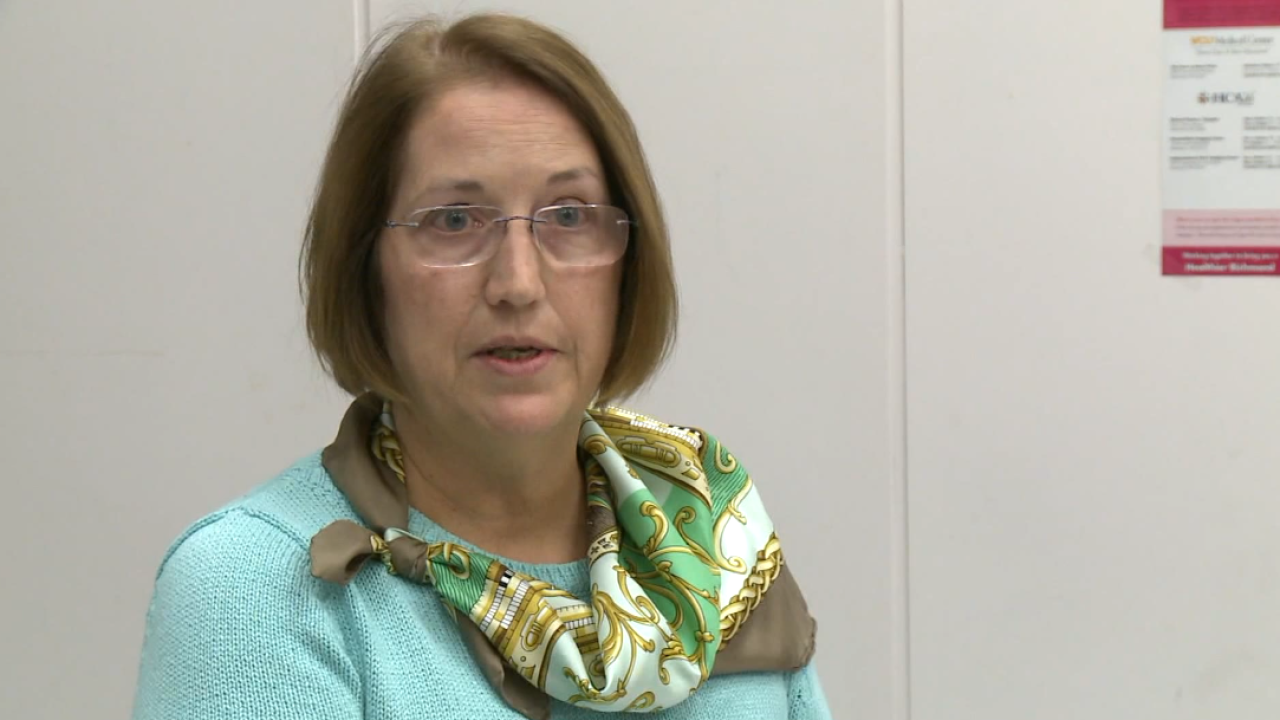 RICHMOND, Va. -- Richmond General Registrar Kirk Showalter told CBS 6 that she was diagnosed with the coronavirus and denied any wrongdoing after calls for her resignation.

The Democratic Party of Virginia, Mayor Levar Stoney, and others called for Richmond Registrar Kirk Showalter to step down from her job citing events that occurred before, during, and after the 2020 election.

“This is the first I'm learning of this, however I'm confident that whatever the allegations are will be examined,” Showalter said in a statement. “It will be shown the election was managed well under difficult circumstances and that we did all in our power to comply with all the last-minute changes and additional requirements imposed by the General Assembly.”

Showalter, who served as the city’s chief elections officer since 1995, said she was tested for the coronavirus on November 9 and received her positive results three days later.

“I find the timing of this action interesting being taken at a point where my ability to respond is hindered by the temporary [office] closure and the fact that I'm recovering from COVID-19 myself,” Showalter said.

Because of several positive tests among elections employees, 90 percent of the office's workforce quarantined until November 17. The office is closed until Friday.

In a letter to the Richmond Electoral Board, Democratic Party of Virginia chair Susan Swecker and Richmond Democratic Committee chair Jamie Nolan outlined multiple reasons for their call to action.

"Now that the 2020 election results have finally been certified, attached you will find our concerns about the administration of elections in the City of Richmond," Swecker wrote to Richmond Electoral Board members. "I know you all share the same goal as we do: to ensure that Richmonders can safely and easily make their voices heard at the ballot box. Unfortunately, due to consistent failures in the Registrar's Office this was not always the case in Richmond. We hope you will take the recommended actions to ensure this never happens again."

Showalter said she was isolating at home and hasn’t experienced many COVID-19 symptoms. She reiterated that she would not resign.

James Nachman, the Richmond Electoral Board Chairman, said the members must meet and research the allegations before making a decision.

“I want to do due diligence and be responsible and make sure we do everything correctly,” he stated.

Nachman said they’ll most likely meet with Showalter and believed that decision will be made after Thanksgiving.

During a Thursday press conference, Mayor Levar Stoney said he supported the calls for her resignation.

“We asked for the General Registrar to be a steward and guardian of our democracy and there’s nothing more sacred than ensuring our right to vote is protected and the votes - that whole process is transparent,” Stoney explained.

Stoney was forced to quarantine after his campaign manager contracted the coronavirus. He said his manager was likely exposed at the Registrar’s office.

“I believe the electoral board needs to step up and either remove the registrar or ask for her resignation as well,” Stoney stated. “I stand by that and I think in the 21st-century now with how things are changing because of the pandemic we need to ensure that our processes are transparent. That’s why I think the move is necessary.“

Former City Council candidates Amy Wentz and Tavarris Spinks joined the calls for Showalter’s resignation in a letter to the Electoral Board. They cited inconsistencies with the election results and a lack of transparency.

“Her duty is to ensure the electorate can fully and equitably exercise their right to vote and in addition to providing candidates with clear information regarding the electoral process before, during, and in the period following an election. It is clear from our experience and the documented experiences of others that she has failed to meet that standard,” they wrote.

But, Republican Party of Virginia Chairman Rich Anderson didn’t call for Showalter’s resignation and doesn’t place all the blame entirely on her work. He admitted he has never met Showalter, but heard about election-related issues across the Commonwealth.

“By focusing on this one registrar of voters it misses the boat entirely. That boat is the fact that this system needs deep reform and it needs to happen in a bipartisan way,” Anderson said. “I’m calling for a deep revision, a deep review of the systems of voting we have here in Virginia. It’s very confusing and leads to this type of outcomes we’ve seen lately.”

Chairwoman Swecker said the vast majority of registrars and their employees implemented a successful election season during a pandemic. Swecker said she has not asked any other registrar to resign.

"All other registrars large and small across the Commonwealth have been able to apply with the guidelines, except for one," she said.