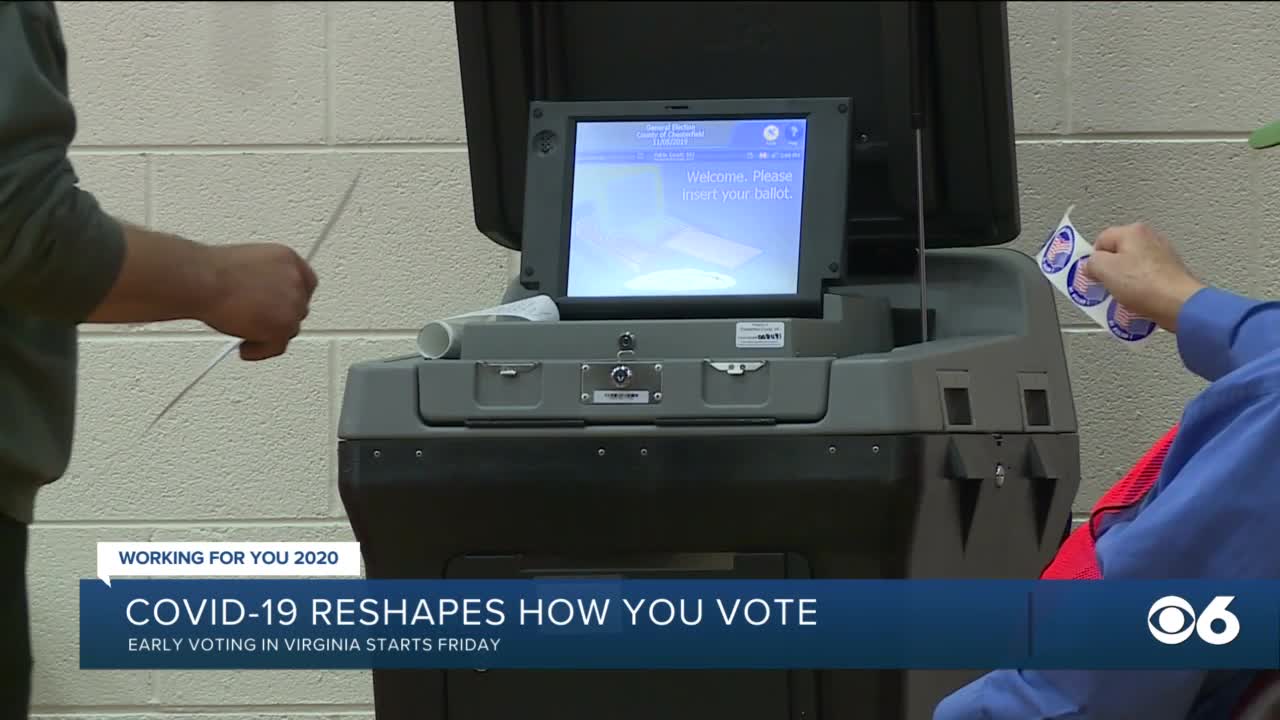 Early in-person and absentee excuse-free voting begins Friday, Sept. 18. Local registrars are preparing for an expected crush of voters wanting to cast their ballot in the presidential and local elections early because of the deadly coronavirus pandemic is still present. 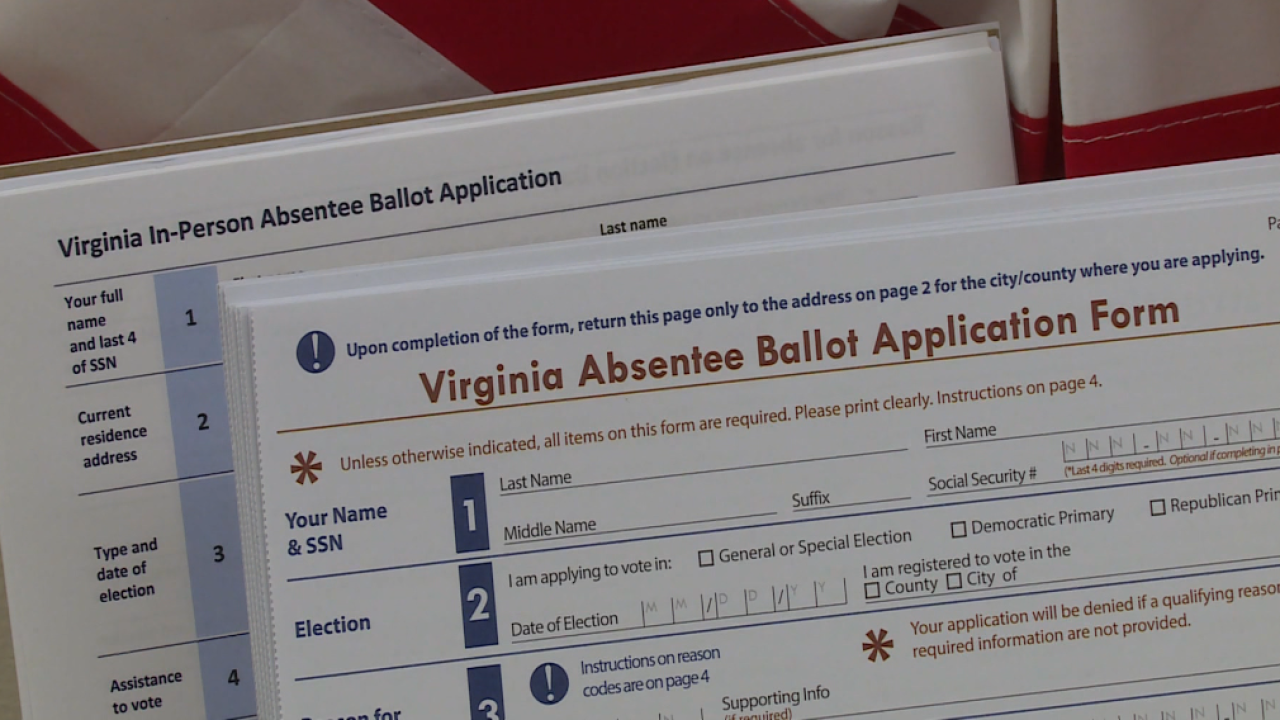 RICHMOND, Va - Virginia voters have more ways to cast their ballot before Election Day because of changes to state law and concerns over potential COVID-19 exposure at polling places. But some state lawmakers remain concerned that all of the new procedures could lead to security issues.

Early in-person, no-excuse absentee voting begins Friday, September 18. Local registrars are preparing for an expected rush of voters wanting to cast their ballot in the presidential and local elections early because of the deadly coronavirus pandemic.

“We’re looking for a line out here. I think everyone is excited about this election,” said Norman Shelton, the Director of Elections for the City of Hopewell. Shelton decided to move the registrar's office to increase safety for voters coming into their office.

“We’ve been in this office about two weeks,” Shelton said. "The last office that we had we couldn’t get no more than two people in the lobby at a time. I was concerned about the pandemic and getting this work done that we needed to get out in a professional manner.”

Any registered voter in Virginia can vote absentee by either mailing in their ballot or voting in-person at their local registrar's office. Election officials said any person who wants to vote early in-person can do so at the registrar's office or satellite locations designated by each city or county.

Many local registrars are setting up weekend hours and multiple satellite locations. The final day to vote in-person before election day is October 31.

Mail-in absentee ballots are available to any voter who applies before October 23rd. You can request a mail-in ballot through your local registrar’s office or online via the Virginia Department of Elections website.

Virginia is providing pre-paid return postage for mail-in ballots. For this election, voters can return mail-in absentee ballots in-person at your local registrar’s office or drop off locations designated by the city or county where you are registered to vote. You can check your status here.

For specifics in your area, contact your general registrar:

“For comparison, four years ago, 566,000 total votes were cast absentee and only half by mail. Now seven weeks before election day, we’ve already surpassed absentee demand from four years ago. We know that demand will continue to go up,” the Governor said.

Republican lawmakers have voiced concern about security at drop off locations and raised the potential of election interference if local officials do not have the appropriate resources. Del. Emily Brewer (R-Prince George) said all the changes to the absentee process for this elections creates the potential for problems.

“Registrars are not robots, and this is a complicated process to roll out all these different changes all at once with no additional funding on their behalf, and they have to conduct a safe and secure election,” Brewer said. “We want to think we live in a society where people follow the rules. That’s just not the case.”

Northam said every absentee ballot issued is required to have an intelligent mail barcode and election mail insignia. He said the measures allow voters to track their ballots and signal to the postal service the mail is priority.

“I want Virginians to know, your vote is safe, and it will count,” Northam said.

Pastor Robert Winfree heard enough concern from community members in south Richmond, he secured a bus to help bring voters to the registrar’s office to vote in-person prior to election day. Winfree said they are planning multiple dates and times for the trips.

“I wanted to eliminate excuses for not voting,” he said. “We want to keep everybody safe, but at the same time, do not allow COVID or anything to hinder us as citizens.”

The group is limiting seating on the bus, checking everyone’s temperature before the get on, and requiring masks. Anyone interested in getting a ride on September 18 can call (804) 233-2730 to reserve a time.

Winfree said casting a ballot every year is a duty that should not be neglected for any reason.

“If you’re satisfied with the status quo, then that’s cool. We’ll still take you over to vote. If you want to make a change, please come out to vote. Don’t just stay, and not do anything at all.”