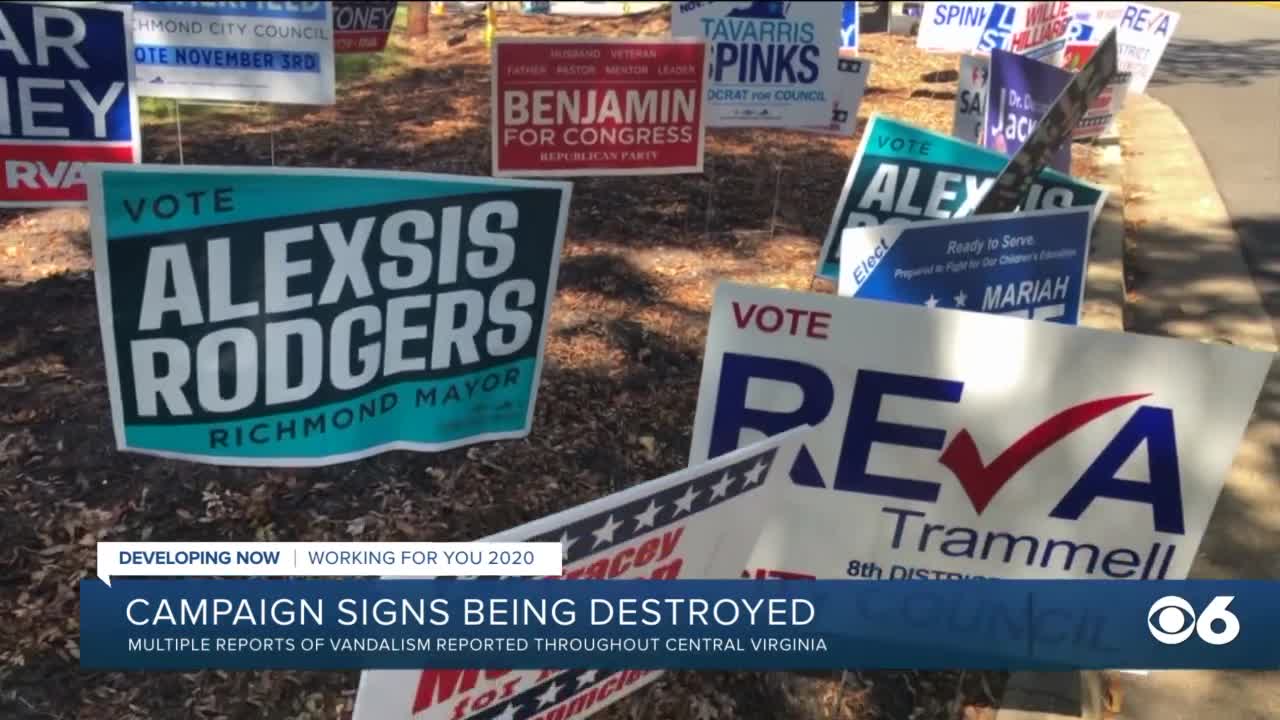 No political party in Central Virginia has been spared from vandalism and sign thefts during this contentious election season. 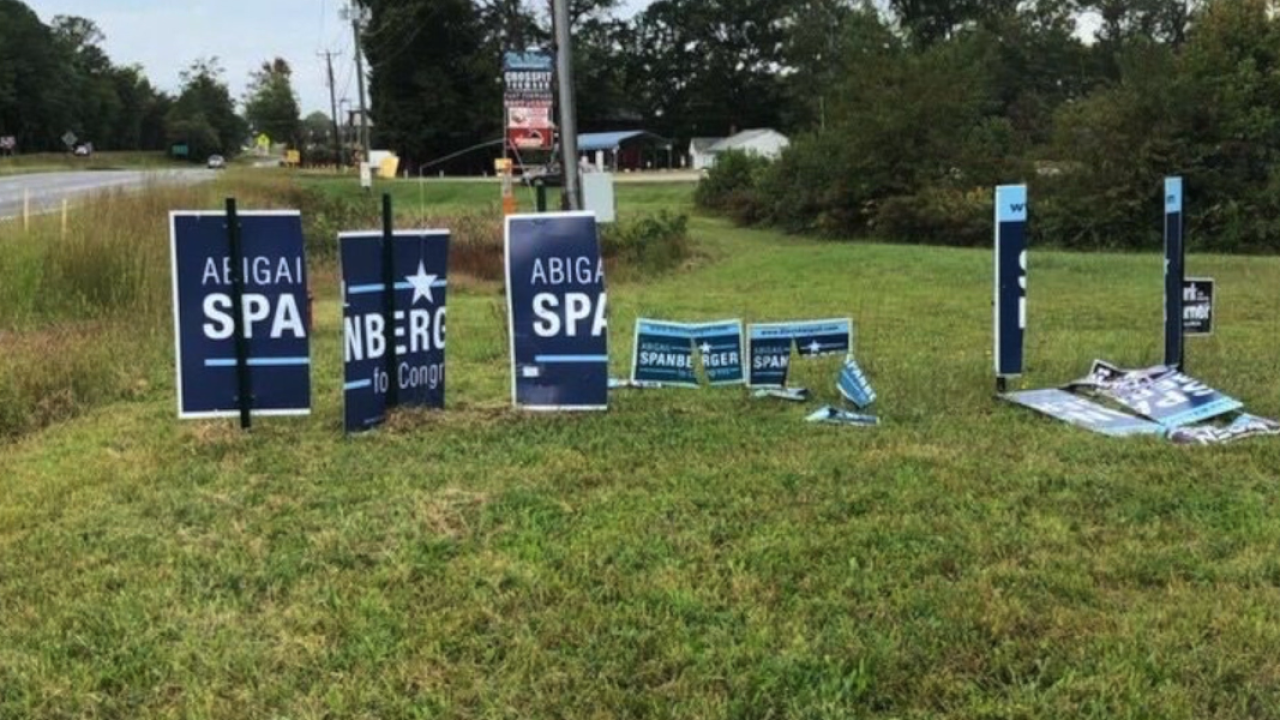 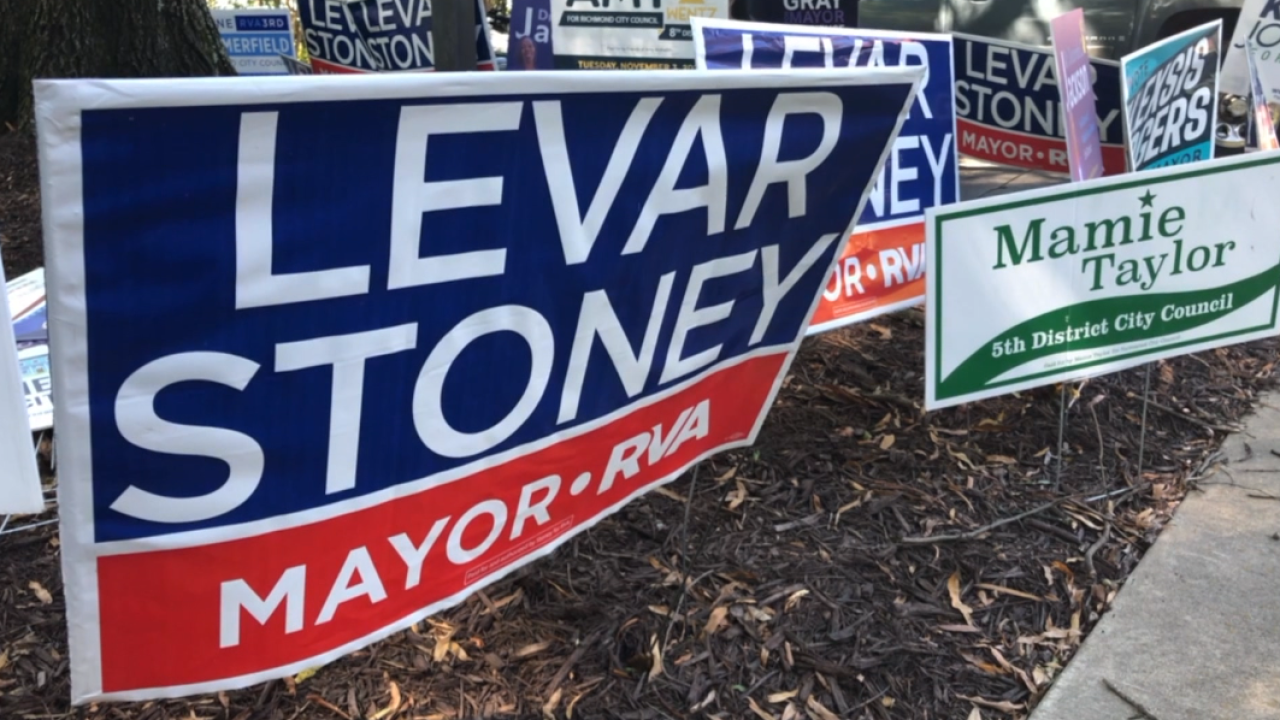 AMELIA COUNTY, Va. -- No political party in Central Virginia has been spared from vandalism and sign thefts during this contentious election season.

Rep. Abigail Spanberger’s campaign shared photos of campaign signs sliced or damaged in Spotsylvania and Amelia counties. More than 20 of large campaign signs have either been stolen or vandalized in recent weeks, according to her campaign staff.

"Political signs are a personal way individuals across our district show their support for their preferred candidates. The signs should foster conversations and political engagement," a Spanberger campaign spokesperson wrote in an email to CBS 6. "Destroying them or stealing them is not only a violation of property rights and theft, it’s a disrespectful act that harms our community and devalues the commitment of the volunteers who put them up and the campaigns who purchase them. We denounce any such efforts and encourage our opponent’s campaign, as well as county Democratic and Republican committees, to do the same.”

On Saturday, two campaign signs for former Vice President and presidential candidate Joe Biden and Spanberger were taken from her front yard.

“For me it happened at night. For my niece, it happened during the day. For her, it was a Saturday between 2 and 3 p.m. They were able to see the person come into their driveway to take their sign,” Walters explained.

Walters believed the criminals are aiming to suppress her vote.

“No, I’m not going to be intimidated by the theft of property. I’ll keep putting the signs up,” she explained. “I have the right and we all have the right to have our views expressed.”

Gray provided surveillance video of someone running onto the front porch of a supporter’s home in the Museum District and running away with a sign.

“I’ve gotten dozens and dozens of emails from supporters,” Gray explained. “There’s been vandalism in some instances accompanying theft of the signs.”

Gray said the thieves have also spray painted a home before taking a campaign sign.

“We’ve heard the same thing from our supporters as well and do our best to get them a sign right away,” he said. “We don’t condone anyone stealing any signs at the end of the day. You go on someone else’s property and take their property out of their yard, it’s not allowed.”

Chesterfield Police received 11 reports of stolen political signs and flags since September 1, 2020. A spokesperson said there have been seven reports of sign or flag vandalism during the same time period.

Richmond Police said they have received four reports of stolen signs within the last few months.

Stealing a campaign sign is considered larceny. Offenders face fines and even jail time if charged and convicted.

Walters said the thefts will not slow down her support.