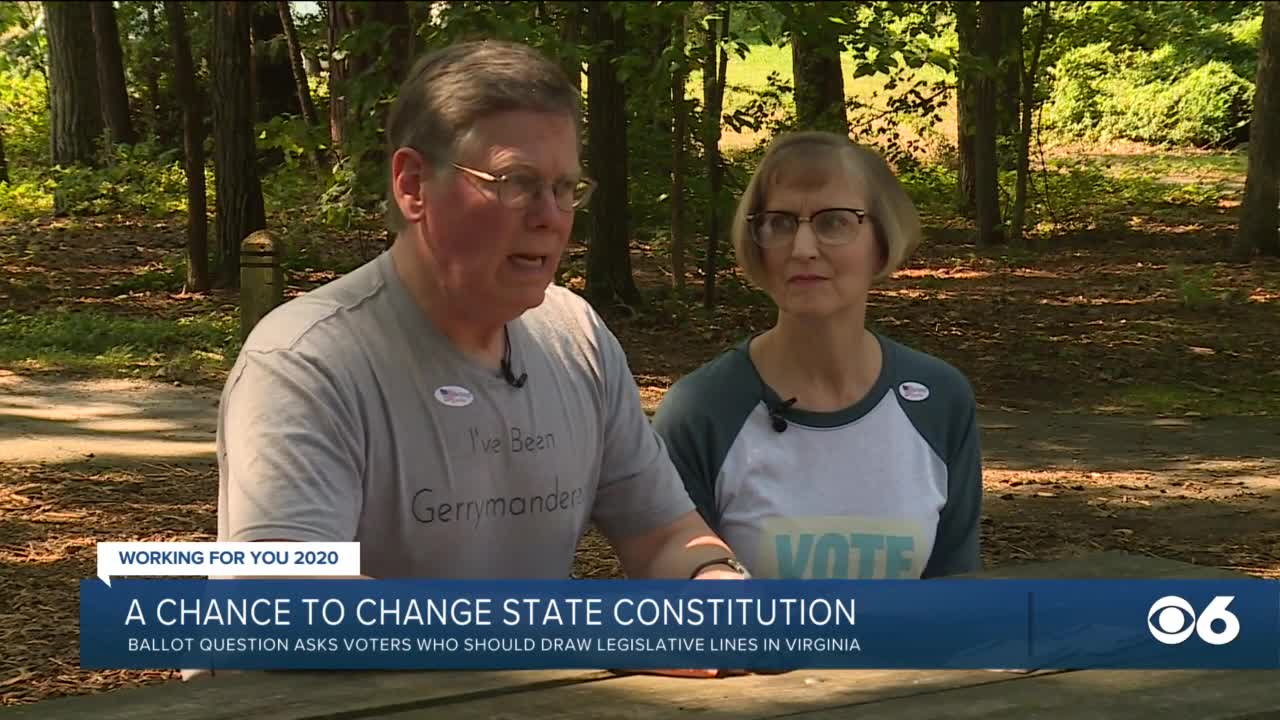 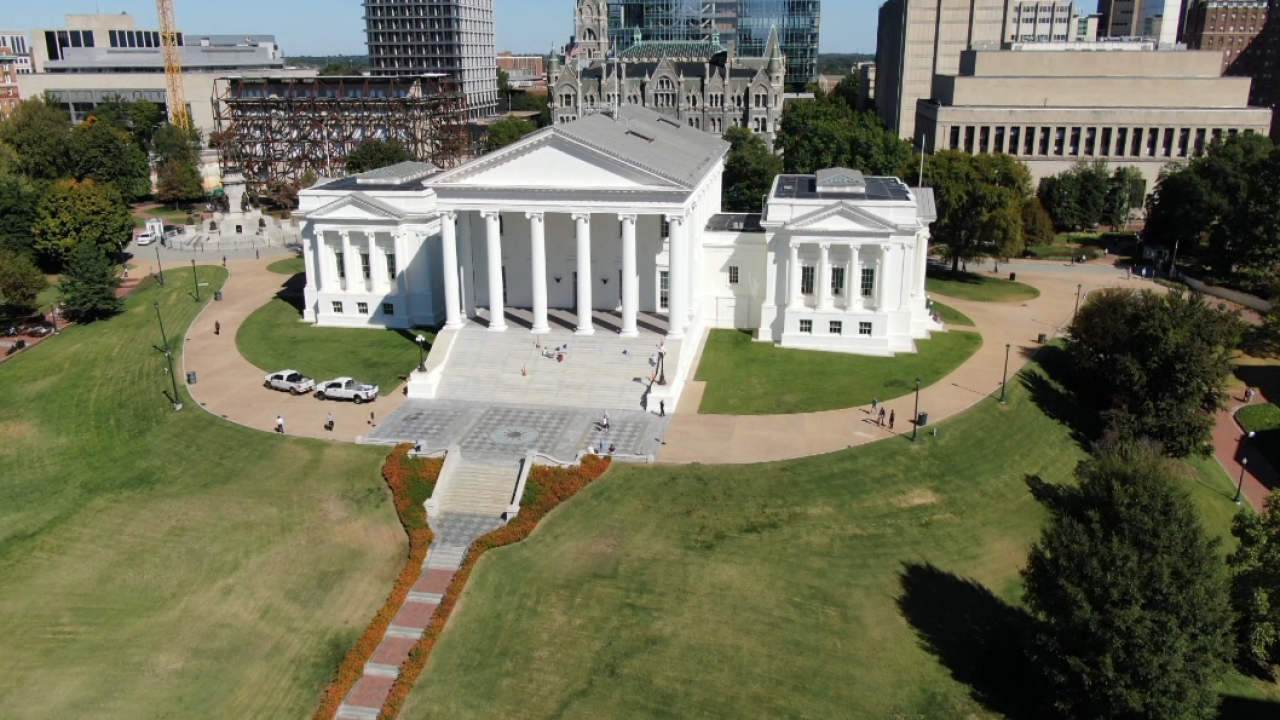 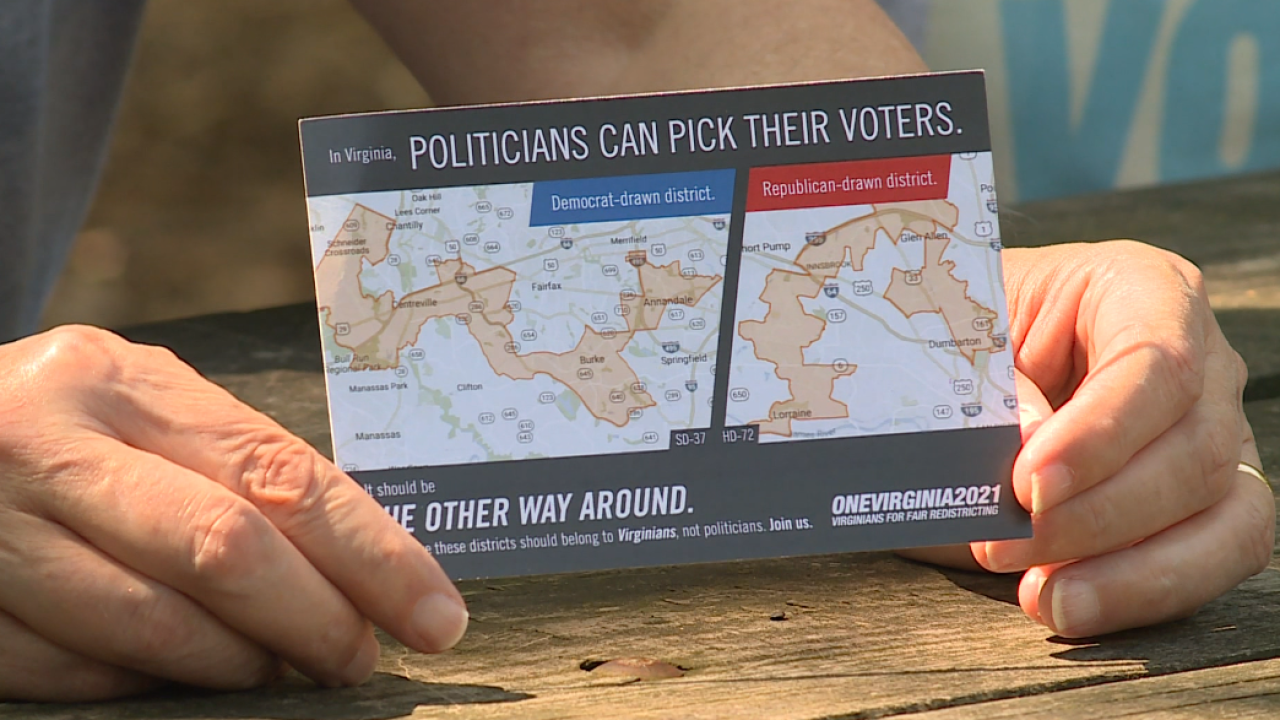 RICHMOND, Va. -- On election day, voters could permanently change how Virginia draws its congressional and legislative maps. Each ballot will include a question about whether the Commonwealth should enshrine a bi-partisan redistricting commission in Virginia’s Constitution.

Backers of Amendment 1 say it’s the best way to end partisan gerrymandering, when the political party in power draws legislative lines in a way that favors their own candidates. Those pushing for “no” votes on Amendment 1 say its language is little more than window dressing to removing politics from the process and does not provide explicit criteria protecting voters of color.

Nationwide, states redraw congressional and legislative maps after each census, so the process is set to begin next year.

Here’s how the question will appear on your ballot:

Under current law, the Virginia General Assembly draws and approves the congressional and legislative maps. The Governor must then sign off on them.

If the Amendment were to pass, the legislative members of the commission would be appointed by party leadership in both the House and the Senate, with an equal number of both parties. The citizen members would be nominated by party leaders in the General Assembly, and selected by a group of five retired circuit court judges.

A super-majority on the commission would have to approve of any map before submitting it to the General Assembly, who could not alter but must approve the maps. If after two attempts, the commission did not submit a map the legislature approves, the Virginia Supreme Court would be responsible for drawing it. Judges in Virginia are appointed by state lawmakers.

The Virginia Department of Elections has a full explanation here.

A “yes” vote on the amendment establishes the commission, which would begin its work in 2021. A “no” vote keeps the current system involving the General Assembly and Governor.

Duncan and Dorothy Abernathy have spent years volunteering to talk to Virginia voters about the results of partisan gerrymandering in Virginia, which both major parties have a history of doing.

“It never made sense to me that legislators could draw the boundaries of the districts were they’re running. Picking their own voters. I think it leads to more polarization,” Dorothy said.

“When all the voters are on your side, you don’t really have to listen to the other side. And there we are in a district we can’t change,” Duncan said.

Both support the redistricting amendment even though they would prefer to see a commission that is completely independent from political leaders.

“In my view, the commission will have the incentive to do it and do it correctly, they only get two shots,” Duncan Abernathy said.

Many Republicans and some Democrats are backing amendment one as the best step forward before the map redrawing process begins in 2021.

Delegate Lamont Bagby (D-Henrico), chair of the Virginia Legislative Black Caucus, is urging a “no” vote on the redistricting amendment. Bagby said the involvement of party leadership throughout the member selection process does little to dissuade partisan angling on the commission.

Bagby said the amendment does not include specific criteria on how the commission will protect voters of color.

HB 1255, passed mostly along party lines earlier this year, sets “standards and criteria by which congressional and state legislative districts are to be drawn, including compactness, racial and ethnic fairness, and consideration of existing political boundaries and communities of interest.”

"It’s a constitutional amendment, how far can you go?” said Bobby Vassar, co-chair of Fair Maps VA, a group that has been advocating for a redistricting commission in Virginia for several years.

Vassar would prefer a fully non-partisan commission, but said the current amendment is better than the status quo. He points to provisions in Amendment 1 that specifically refer to federal and state protections for voters of color, adding legislators can add those protections as they see fit, like HB 1255.

“The general process for constitutional amendments, whether at the federal or state level, is to have broad, directional contour and then have the legislature fill int he details. That’s what this provides for,” Vassar said. “You can’t have a constitutional amendment in 2021 other than the one that’s pending, which is an improvement over the existing system.”

Changing the Virginia Constitution is a multi-year process, something Bagby said voter must consider.

“We don’t want to enshrine something into our constitution that is not ready for prime time. We’ve been there before,” Bagby said.